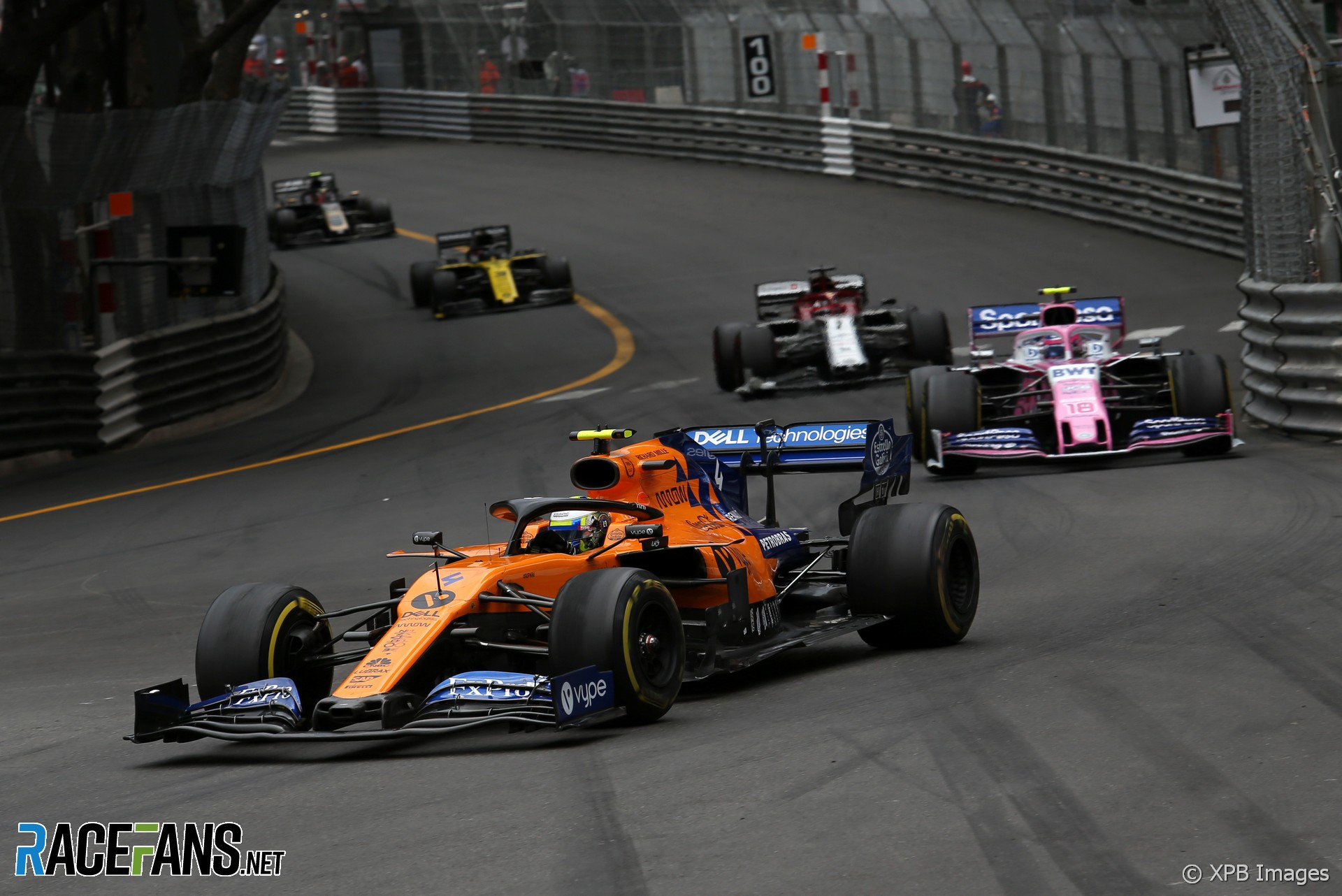 “I guess we fucked up” remarked a dejected Kevin Magnussen as the Monaco Grand Prix unfolded, and drivers who trailed him early in the race emerged from the pits ahead of the Haas.

The team’s race when awry when it brought Magnussen in during the early Safety Car period and feel victim to a strategy by McLaren which involved sacrificing one driver’s race to benefit the other’s.

Magnussen was running sixth ahead of Pierre Gasly, Carlos Sainz Jnr, Daniil Kvyat and Alexander Albon when the Safety Car came out. He and the five drivers ahead of him came into the pits, while most of their former pursuers stayed out.

When the race restarted Magnussen held 14th. Ahead of him were Daniel Ricciardo, who had pitted from fifth under the Safety Car, Kimi Raikkonen, Lance Stroll and 10th-placed Lando Norris.

Neither of the McLaren drivers had pitted. But the team knew that its best chance of keeping Sainz ahead of the two rapid Toro Rossos in his now best-of-the-rest sixth place was to create a gap for him to drop into. They did that by telling Norris to reduce his pace.

His first lap time after the Safety Car was on a par with Sainz’s. “Carlos is four cars ahead of you,” the team advised Norris. “We’d like you to target lap time 20.5 please.” While he did that, Sainz’s lap times were up to two seconds quicker:

McLaren told Norris they had switched his strategy to “plan B” and he was “doing a really good job” with his lap times. As the stint went on he was allowed to increase his pace: “I’d like to update the target please, I’d like you to do 20.0,” he was told. Another half-second was later taken off that target.

Magnussnen was among those caught up in the train behind Norris, and was powerless to prevent Sainz opening up enough of a gap to come out ahead of him. Despite McLaren’s best efforts, they weren’t able to catch the Toro Rosso drivers in Norris’s traffic queue, even after he was told to increase his pace further.

“Carlos did a 18.2, we’d like you to match that please,” he was told. “Yeah I don’t think that’s going to be possible,” Norris answered.

Afterwards Norris says he wasn’t frustrated by the having to lap beneath his pace to help Sainz.

“At the point we knew I couldn’t do anything special it was turned more into a team game and I had to try and help Carlos and the team get a better result rather than just focusing on my own race,” he explained.

“They told me what I needed to do and I did that and allowed him to box cleanly ahead of me. If I didn’t do that I think he probably would have been passed by the Toro Rossos because they were quite a bit quicker. I think they did a very good job. We did our homework before the race because we thought this might happen so we were prepared and got some good points.”

Magnussen, however, was mystified at how he’d managed to end the race point-less from fifth on the grid.

“I don’t really know what happened,” he said. “It was a perfect weekend until the race. It’s a big shame but we’ll see what went wrong today and why it happened.”

17 comments on “Analysis: How McLaren played the “team game” while Haas “f***ed up””