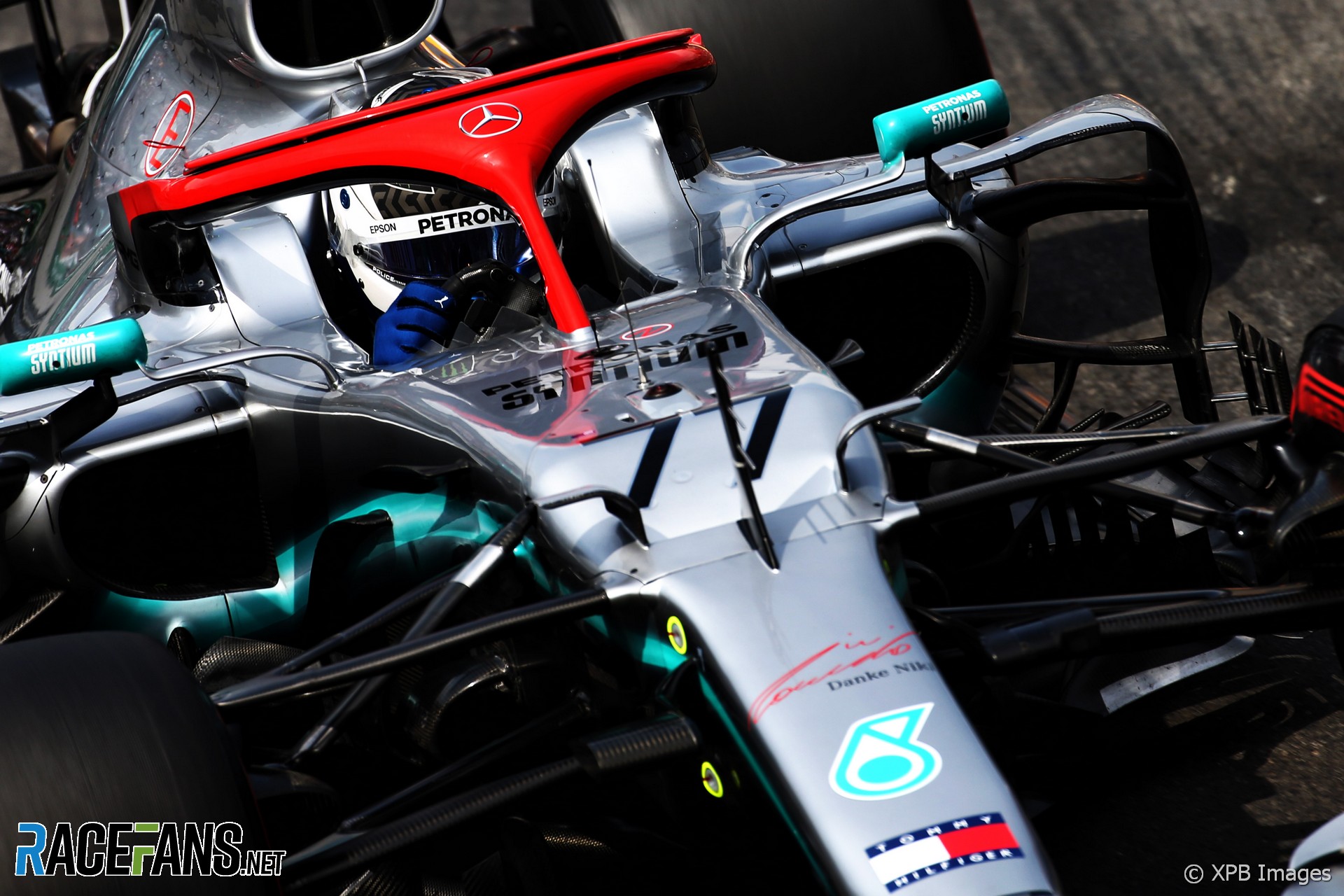 Wolff said he supports the principle of using more standard parts to cut costs but wonders how realistic it is:

I think in non-performance parts where we’re really able to save a lot of money then we should aim for that. But if there is no saving, just complexity, risk of unreliability and failure, we shouldn’t be following those routes. So for the principle I’m on board.

You have to question yourself if somebody else is in between, an independent supplier, that company will need to make a margin, produce a product cheaper than us with the same specifications and that sounds like a little bit of a tricky endeavour.

I can tell you from Mercedes standpoint we’re open-minded to reducing costs and if that’s a possbility for certain non-performance parts we are up for it.

Harry, thank you for being such a positive light to us all. You’re so brave and the world will miss you dearly. Thank you, friend and inspiration pic.twitter.com/JLPg4VJrxU

When you trim it out at @IMS and your engineer says “you better not lift” pic.twitter.com/JZ2GjMJ7hO

Bienvenue à Montréal. It’s raining in some parts but dry in others… let’s get the F1 race started right now, it would be a belter! #CanadianGP 🇨🇦 pic.twitter.com/FsOcnka2ap

"I would like to thank Gallagher for being supportive of my decision to not compete in the remaining oval races this season – I am extremely fortunate to have such a supportive partner. Risk Management is a central consideration of both Gallagher and myself in how we operate."

"In a trailer for the documentary, which was shared with German media, former F1 CEO Bernie Ecclestone, 88, made a statement about Schumacher's health. Ecclestone reportedly said: 'He is not with us at this moment. But when he is better, he will answer all the questions.'"

The team that taught Norris to be world champion (Formula Scout)

"When we got back to the hotel, he was actually asleep in the reception, within 20 minutes of getting back there. That tells you that he worked hard that day."

What does the future hold for Sebastian Vettel?

When he signed for Ferrari, I thought it was a bad idea. After 2015, I was certain he would materialise his dream. But after 2018, I thought he was done.

Currently, I reckon most of his recent errors came from over driving the car, pushing beyond all the limits to match the mighty Mercedes with the great Lewis Hamilton.

I don’t think he’ll be champion ever again, and that’s only because I don’t believe Ferrari at all. Thence, I’m positive Vettel has no interest on winning anything but with Maranello — he’s already among the greatest, not that he seems to care about that anyway. Even if he goes to another good team, I don’t think he’ll be any motivated after the deception of failing in the red cars.
@Niefer