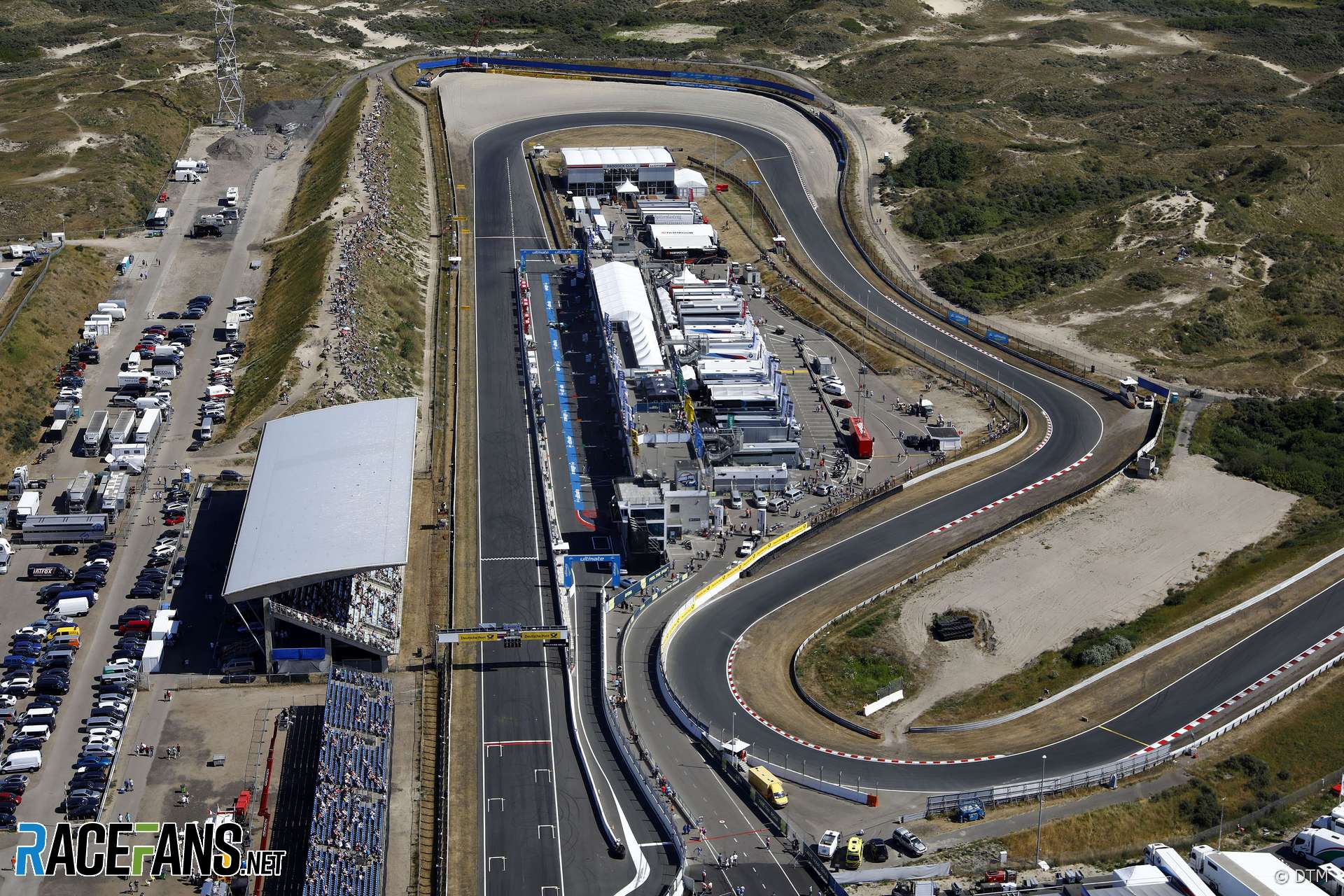 George Russell doubts the planned changes to Zandvoort will make it easier for Formula 1 cars to overtake when they return to the track next year.

The Dutch Grand Prix will feature on the 2020 F1 calendar but several drivers have expressed reservations about how hard it will be to overtake at the Zandvoort circuit. Some changes are being planned to aid passing but when asked if he expected it will help Russell said: “No.”

“I love Zandvoort,” said the Williams driver, who last raced on the circuit in F3 in 2016. “It’s probably, for pure tracks just to drive, it’s probably in my top five favourite in the world.

“We’re going there for, well, for Max [Verstappen] pretty much and the Dutch fans. But Formula 1 wouldn’t be what it is without the fans so we need to appreciate that. It’s an amazing circuit. I truly hope they don’t get rid of the gravel because that’s what makes the circuit so daunting to drive around. But it’s going to going to be nigh-on impossible to race.”

Russell said one way to aid overtaking at the track would be to modify the Tarzan corner (pictured top), one of Zandvoort’s signature curves.

“The first corner’s a really great corner at Zandvoort. But if you want to try and improve overtaking maybe make the first corner tighter.

“I suspect it’ll be a fourth-gear corner for us. Third at minimum. So maybe try and make that corner tighter, potentially. It’s very wide that first corner, they could maybe make it like Austin turn one, very wide, try and make it very tight, who knows. That’s the only way they can probably do something.”

Verstappen expects the track to change little ahead of F1’s return.

“I think in general the layout will be pretty similar but some corners might be a bit banked, a bit shorter, a bit more space. The track itself won’t be changed a lot.

“It’s good to see that the track is coming back on the calendar after so many years. It’s very close to the beach, so you can also chill at the beach after the races if you would like – but as a driver it’s a really cool track to drive. I just hope we can also have a really good fight instead of just following each other throughout the race – but we’ll find out.”