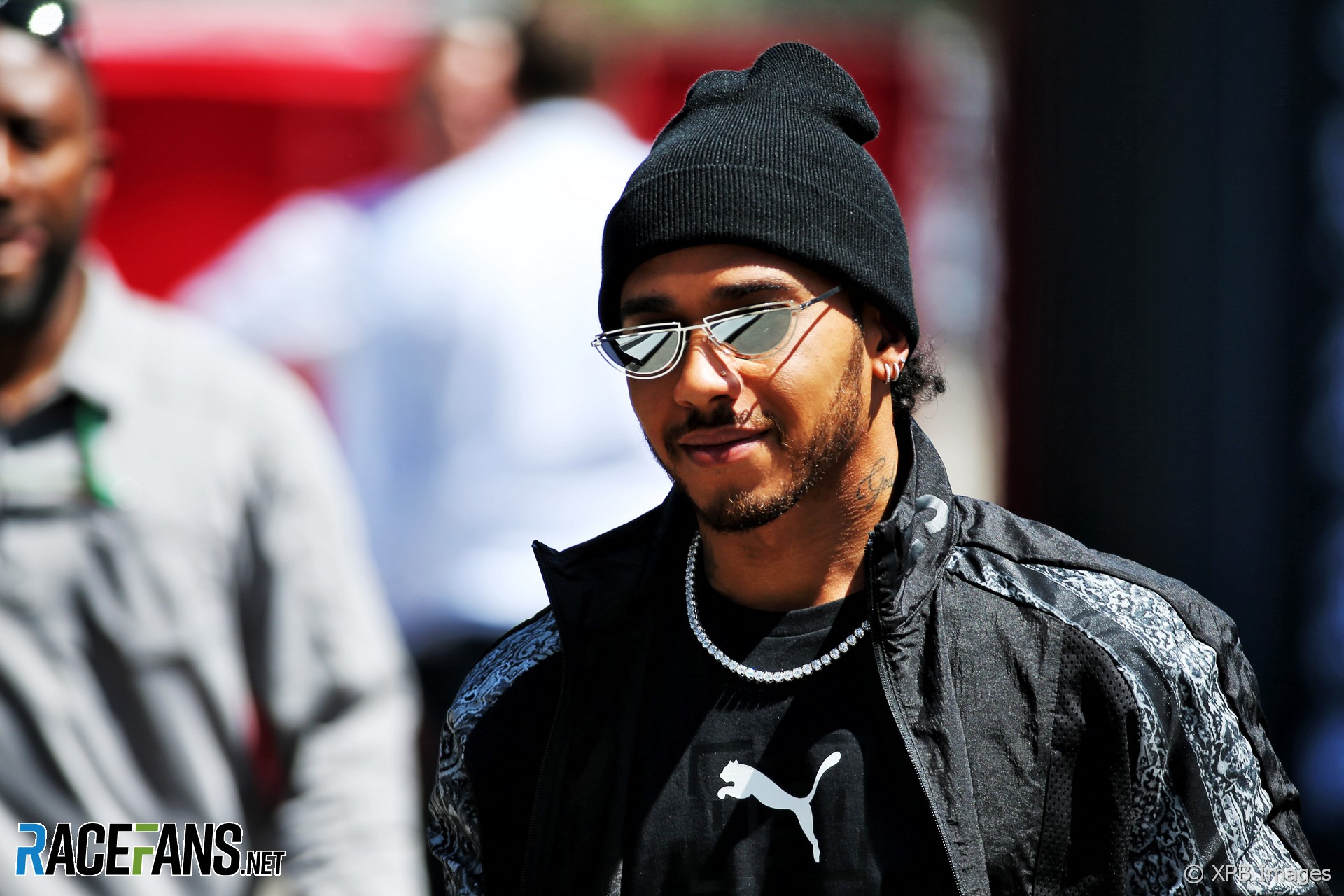 Lewis Hamilton has reiterated his call for Formula 1 to become much more physically challenging, saying he could do up to three races in a row.

The Mercedes driver was asked for his views on plans to overhaul the sport in 2021. He said he would prefer a return to “V12, naturally aspirated engines” with “manual gearboxes”, but was particularly concerned to see F1 become “harder for the drivers”.

“Take away all these big run-off areas that you have everywhere,” said Hamilton. “You should not have steering assist or even if you do you’ve got to have it low – I like having it low so it’s harder for me.

“You should be just so physically exhausted after the race, it should be exhausting like a marathon. I could probably do two or three races in a row and Formula 1 should not be like that.”

The five-times champion said the reduced physical challenge of the sport makes it easier for drivers to enter at a younger age and stay in the sport longer.

“It’s a man’s sport and a lot of youngsters come in and it’s quite easy for them to get straight into it. But I do think it should be the most physically challenging and probably why a lot of us drivers are able to go for a long period of time is because we can handle it.”

Hamilton also added: “We need better tyres.” However he said past changes to the regulations have not successfully addressed F1’s need to cut costs and deliver better entertainment.

“If you look over the last 12 years and beyond that they always shift and change the regulations for the car, try to improve costs, try to improve overtaking and I think in general the decision have not been great in all of those years.

“Liberty [Media] has taken over now and you still have the same issue: People are not so excited, we still have that separation between all the top wealthier teams and the lower teams.”

He believes F1 needs to do more than revised the rules to introduce greater variety. “There’s more to it than just changing the regulations of the car,” he said. “That continues to be a fundamental issue.

“But there’s also the entertainment aspect. If you look every weekend’s the same four days, 21 weekends in a year. And that format’s never changed. That’s also, the entertainment of it has to probably shift to suit different tracks. You’ve got Monaco which you can’t overtake, maybe have two races there – I don’t know what it is, I don’t have the answer for it but I think that element also needs to have a real look into because the fans are the reason that we’re able to continue to do what we do.

“Whilst there’s a lot of people here, there are races with not big attendance, the promotion is perhaps not always the best in some places. People do continue to comment that it’s boring because you have a period of time where Ferrari win for a period of time, McLaren win for a period of time, Mercedes, Red Bull… how you stop that, that is definitely part of the regulations. But I think on a more global scale there has to be changes outside of the regulations in my opinion. I think Ross and that are thinking about that for 2021.”

Hamilton believes he is in his best shape yet as a driver which he partly credit to his switch to a “plant-based” diet, which he believes people need better education about.

“I think probably the older you get the more you understand about the world and about yourself and about your health. A big step for me was when I decided to go to a plant-based diet, that really changed a huge amount for me and the positive impact that it’s had, mentally and physically.

“I just wish I did it a lot earlier. Unfortunately the education is pretty poor for kids at school and obviously parents probably aren’t educating their kids because they also don’t know of the positive effects it can have.”

He also said he has become more mentally resilient. “Not every day is easy, I still come across humps, but I feel every day I’m getting new tools to be able to handle and build and learn new things all the time. I’m definitely in the best place I’ve ever been but I think you’ve really seen that shift over the past years and I don’t think that’s every going to stop I think I’ll continue to learn and grow and improve.”

54 comments on ““I could do three races in a row”: Hamilton wants F1 to be more challenging”