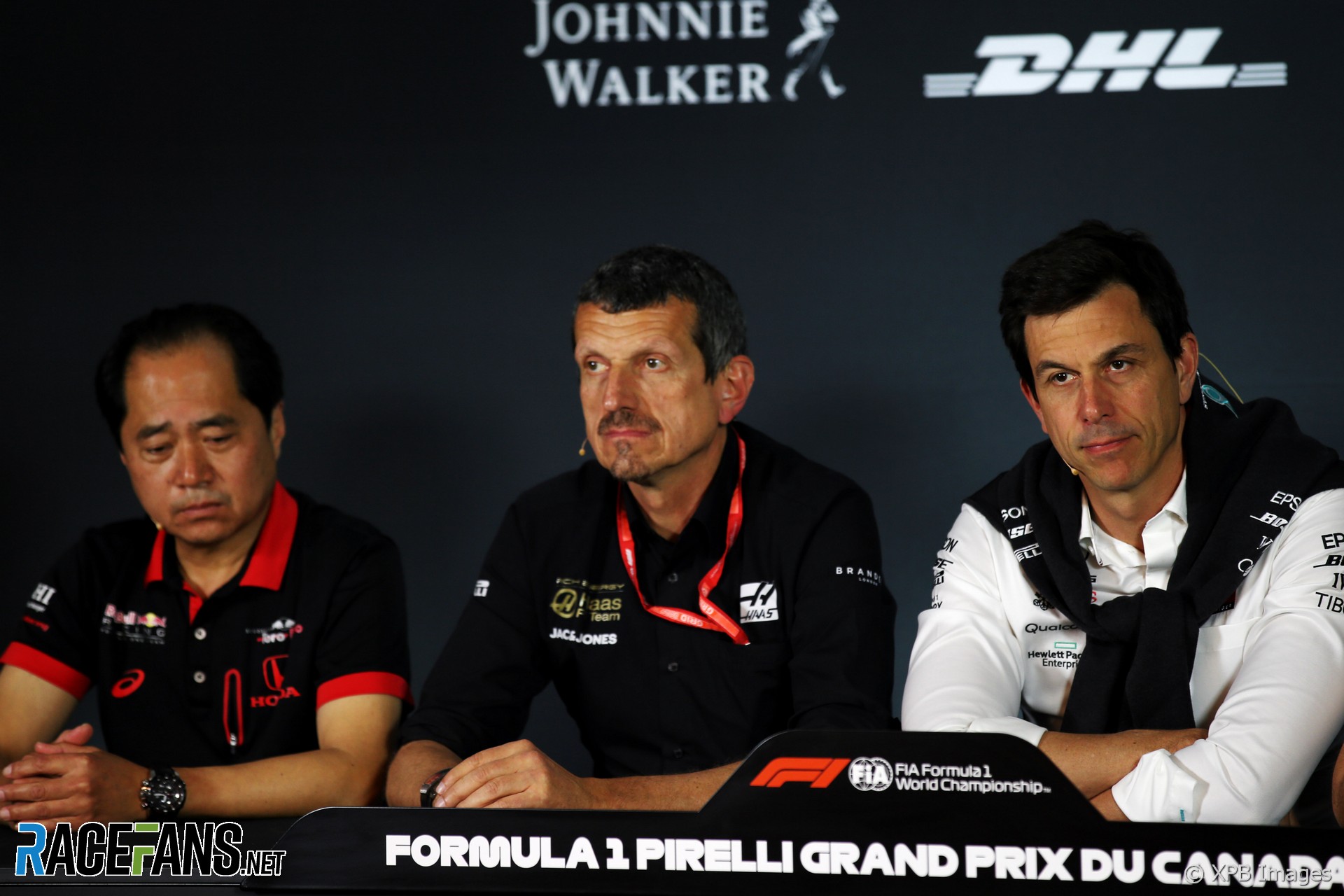 Formula 1’s next engine format, due to arrive in 2025, should have a more powerful hybrid component according to Mercedes team principal Toto Wolff.

F1 dropped plans to revise the current the current engine formula in 2021, meaning the current power units are likely to remain in service for another four years. Asked by RaceFans what he would like to see from F1’s next power unit regulations, Wolff said the sport must follow the road car industry’s trend towards electrification.

“I think that we are in the middle of a transition of technology at least on the road car side,” said Wolff. “And as much as we most of us are a fan of the loud, traditional engines, it’s not where the technology goes and the perception on sustainability goes.

“So I believe we’ve done the right thing in keeping the regulations almost stable for the next term because it would have cost a tremendous amount of development to come up with a new formula. And also it is not quite clear where this next generation of power unit actually should be.

“Listening to our chairman of Daimler we expect 50% of our fleet to be either hybrid or electric by 2030. So I think if this is the direction technology goes, we could as well have an engine which will have a higher hybrid component: renewable energies or electricity.

“Today it’s around 20%, maybe that ratio’s going to go to 50%. As long as it’s an exciting engine, sound is something we need to address and at least talk about it. But I believe the hybrid component is going to increase after 2025.”

Honda’s F1 technical director Toyoharu Tanabe said he “believes the same thing as Toto” and would like to see F1 keep its hybrid engines.

“I don’t know what the technology will be in ’25,” he said. “Toto and Tanabe-san know much better what is happening there.

“We all like a loud, screaming V10 or V12 but in these times it’s just not acceptable any more. I would like that Formula 1 stays current in technology with what is happening and the engine manufacturers know what it needs to be: It needs to be sustainable, adding more electric element as Toto said.

“I go with them but for me the point is we need to stay up with technology in F1 and not go back to what I like when I was young.”