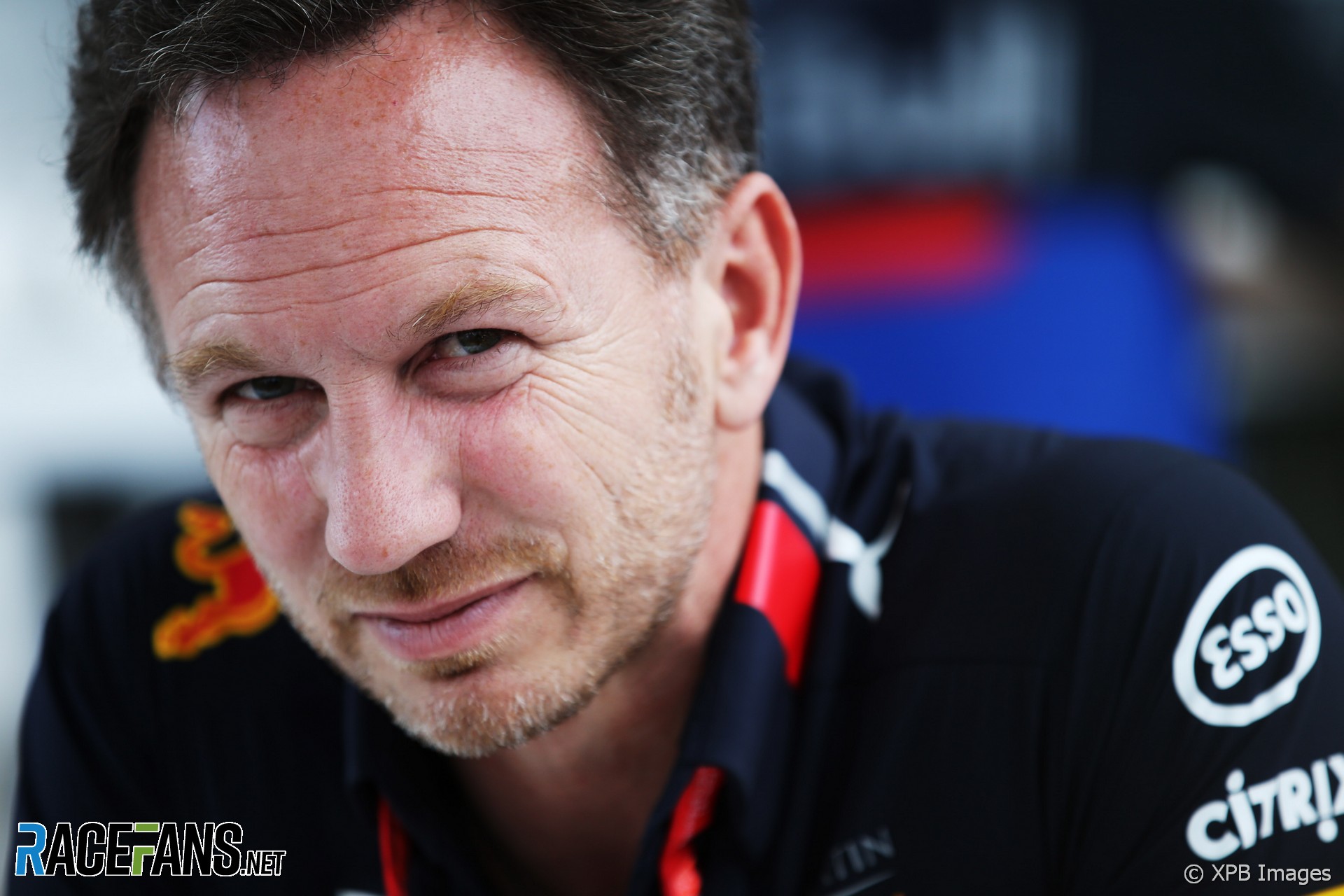 Mercedes has won all six races so far this year. Red Bull team principal Christian Horner said the team has benefitted from Pirelli’s move towards thinner tyre treads this year.

“The tyre was made thinner and stiffer gauge and profile for this year,” he told Sky. “That therefore takes an awful lot more energy and it’s an awful lot harder to get the tyre going and to generate that heat in the tyre.”

“Mercedes, when we ran these tyres at the races last year, won all the races these tyres actually were introduced on,” Horner added. The thinner tyres were used at the Circuit de Catalunya, Paul Ricard and Silverstone. Mercedes took pole position at all three races and won the first two.

“I think just by good fortune for them this tyre change this year, on a car that was usually quite hard on its tyres, particularly its rear tyres, has actually worked in their favour and puts them in a really nice window,” said Horner. “It’s for the rest of us to try and catch up.”

Several other teams have found it difficult to get the 2019 specification tyres into the ideal operating window.

“The best thing obviously would be if they went back to last year’s tyres,” Horner added. “You’d probably find nine teams happy with that and one team fairly unhappy with that. But in the interests of entertainment in Formula 1 that would be a noble thing for Pirelli to do.”

22 comments on “Horner: Bring back last year’s tyres to help us fight Mercedes”