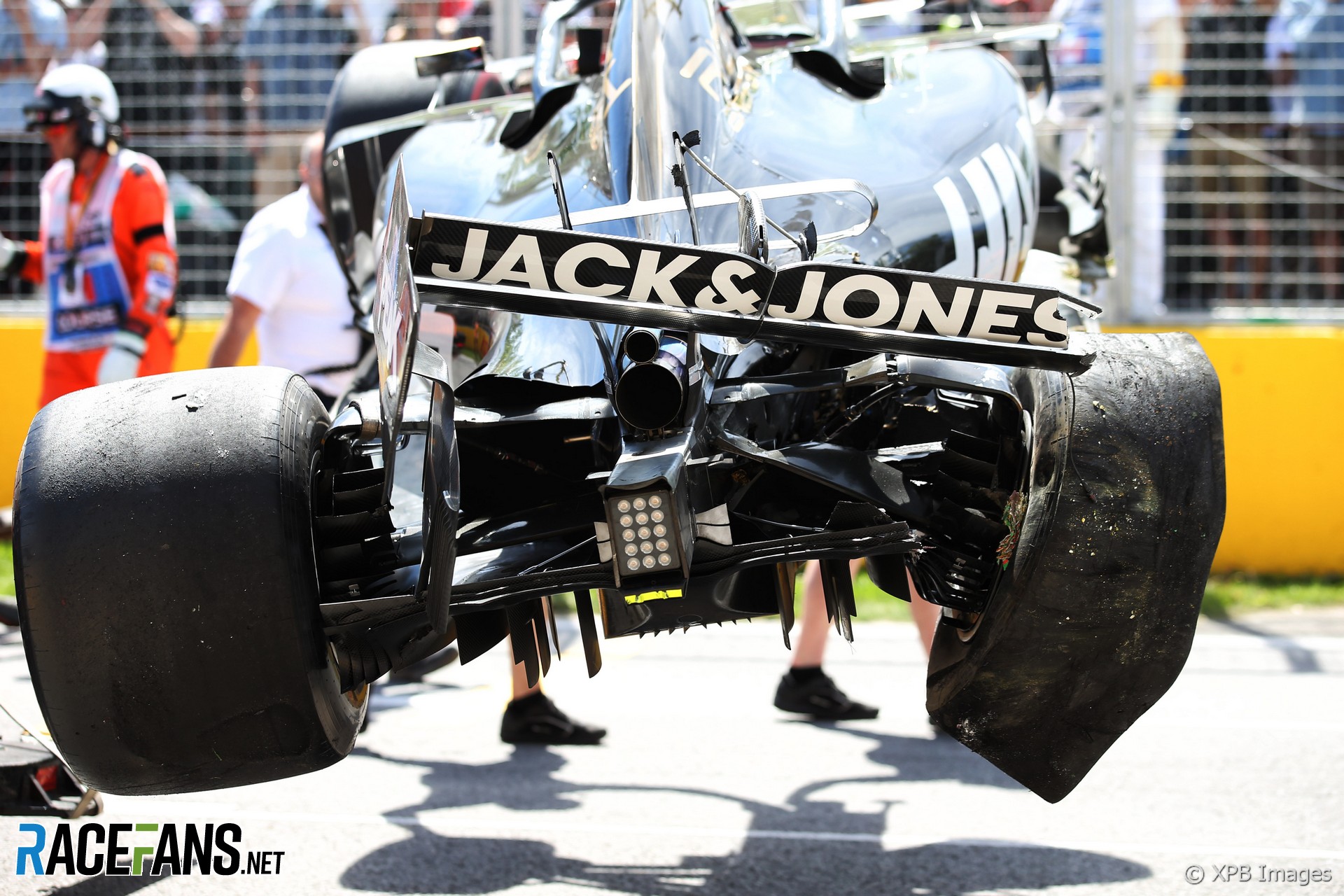 Kevin Magnussen will start the Canadian Grand Prix from the pits following his heavy crash in Q2.

Haas team principal Guenther Steiner said the damage to Magnussen’s car was “pretty big” after he spun into the pit wall. That will allow the team to replace his chassis and fit fresh tyres.

“The best way is to change the chassis. The quick and safest way is to do that and then go back and start from pit lane.”

Magnussen crashed while the other Haas of Romain Grosjean was trying to set a time to get into Q3. However Steiner believes Grosjean wouldn’t have made it into Q3 even without the red flag caused by his team mate’s crash.

“Kevin was, until then, clear in. It was clear he was going forward. Romain would have finished we think 11th or 12th. It depends what Verstappen did. Which would have been good because we’d have each car on one tyre, but it all went south at the last corner.”

7 comments on “Magnussen to start from pits after crash”