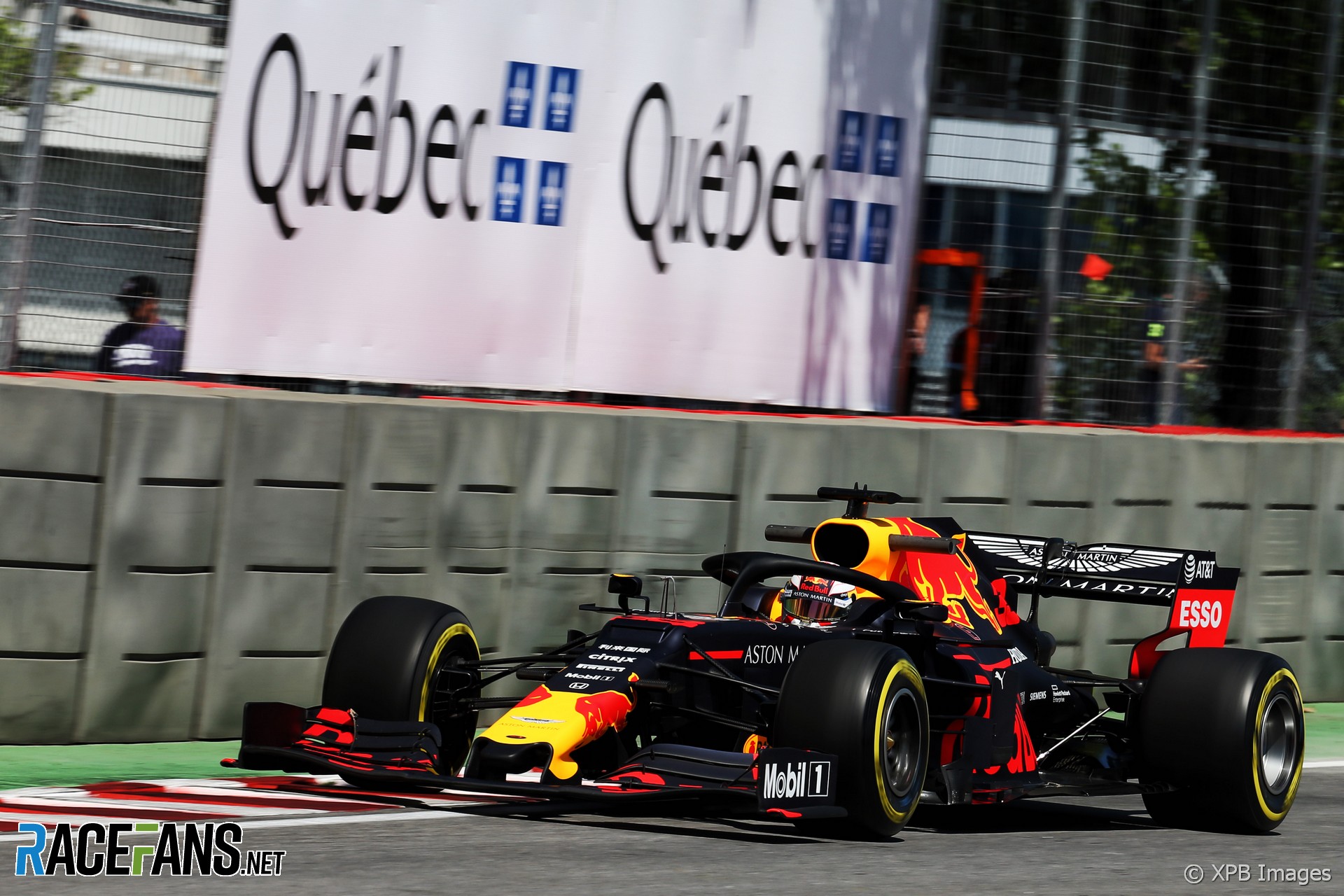 A mix-up by red Bull led to Max Verstappen hitting the wall during second practice at the Circuit Gilles Villeneuve.

Verstappen caught his team mate Pierre Gasly as the team’s other car was preparing to begin a lap. As Verstappen caught Gasly in the final corner, he ran wide and made contact with the ‘Wall of Champions’.

“I arrived to the last chicane and I had Pierre in front of me,” Verstappen explained. “He was told to speed up but I don’t know exactly what happened then so I arrived into the chicane, and basically in the wake of his car I understeered into the wall.”

The contact forced Verstappen into the pits. “It’s a shame we missed a bit of running because of that,” he said. “When we were running we looked quite decent.”

On the radio Verstappen reported he “hit the wall out of the last corner” because “I had Pierre really close in front.” Gasly’s radio messages show he was warned about Verstappen when he was already in the braking zone for the final corner.

“They told me quite late when I was preparing my lap behind Romain [Grosjean],” Gasly explained, “and then when they told me I started to push.

“I could see he was like five seconds behind. They told me he hit the wall but I didn’t exactly see what happened so I was trying to prepare my lap.”