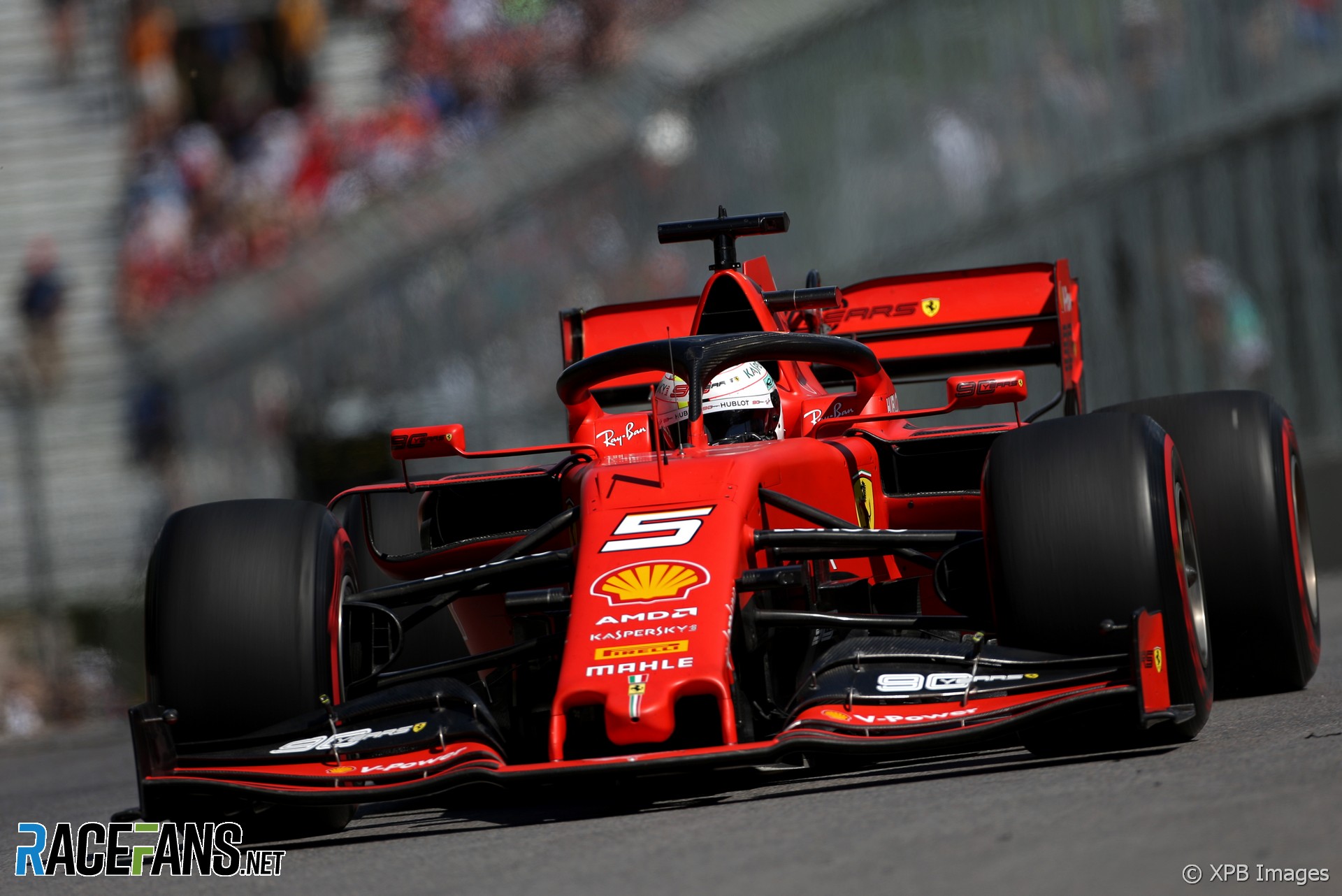 Sebastian Vettel raised Ferrari hopes of keeping Mercedes from pole position at the Canadian Grand Prix by heading a one-two for the team in final practice.

The final exchange of lap times between red and silver cars saw Vettel trim the best time of the weekend so far to 1’10.843, within a tenth of a second of the pole position time and track record he established at the circuit 12 months ago.

Team mate Charles Leclerc kept him honest and found more immediate pace from the soft compound tyres. By the end of the session the pair were separated by just one tenth of a second and accounted for the quickest times in all three sectors, including the opening part of the lap where Mercedes had been especially strong on Friday.

Lewis Hamilton had to settle for the third-fastest time, almost four-tenths of a second off Vettel’s pace. Like Leclerc, he skidded off-track at the first corner during his final run.

The Red Bull pair took fifth and sixth behind Valtteri Bottas. Although Max Verstappen was consistently the quicker of the two RB15 drivers to get up to speed, Pierre Gasly eventually closed to within a tenth of his team mate.

Daniel Ricciardo led the midfield for Renault, but less the four tenths of a second covered the gap back to Alexander Albon in 14th place. Lando Norris was consistently quick in the McLaren and ended the session eighth, just two-hundredths of a second faster than Sergio Perez.

It was a mixed session for Racing Point. While Perez looked like a potential Q3 contender, Lance Stroll didn’t even get a lap time in. His car belched flame as he made for the pits with what the team described as a hydraulic problem.

Despite leaving their final runs until the chequered flag had dropped, the Alfa Romeo drivers could only managed the 15th and 16th fastest times. They were followed by Romain Grosjean, the Williams pair and the unfortunate Stroll.