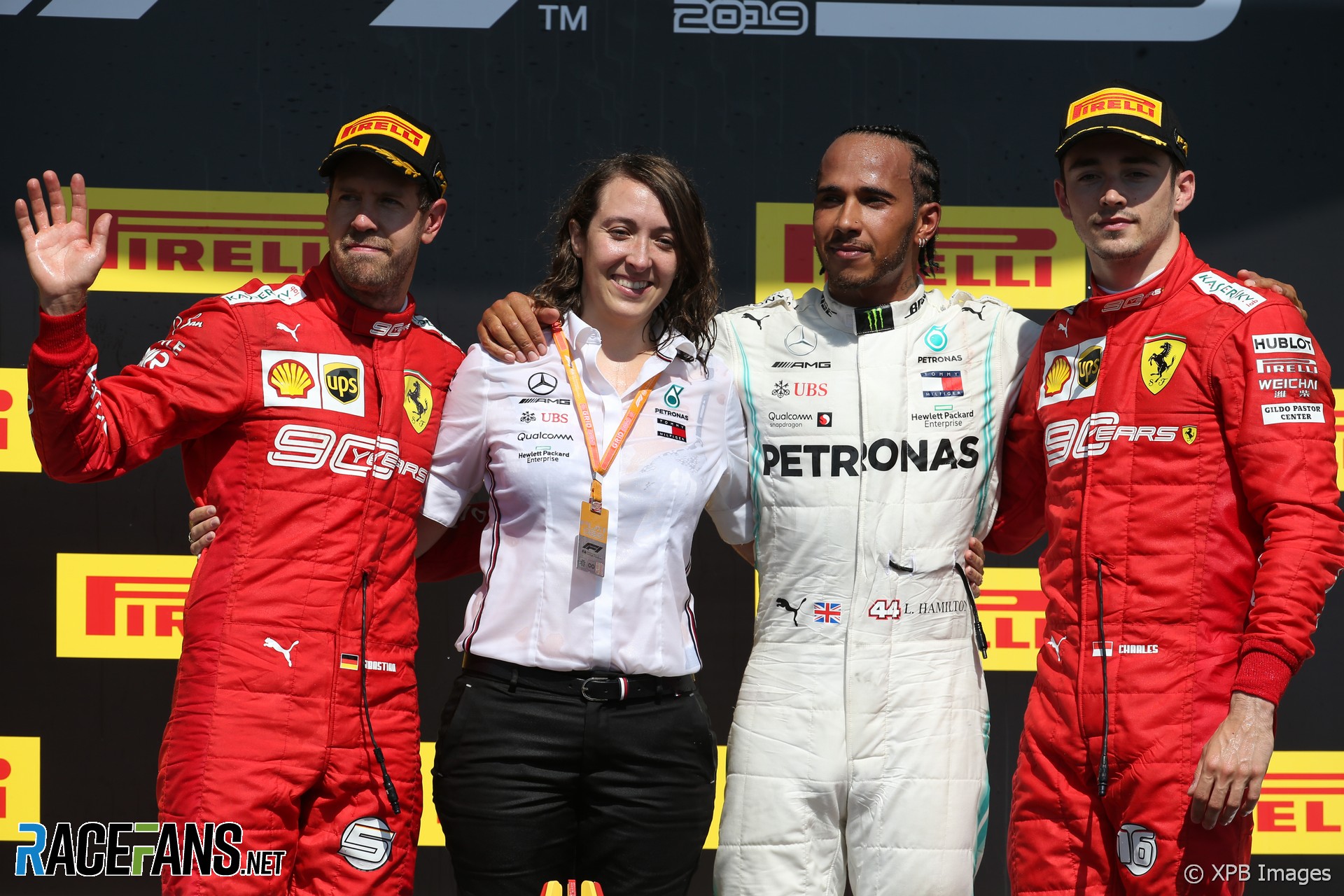 Charles Leclerc came within one second of taking second place in the Canadian Grand Prix after his Ferrari team chose not to tell him about Sebastian Vettel’s penalty.

Leclerc closed on the leading pair towards the end of the race after Vettel was handed a five-second penalty for rejoining the track in an unsafe fashion. Had Leclerc finished within five seconds of his team mate he would have been promoted to second place, but he crossed the line 6.038 seconds away before the penalty was applied.

He revealed afterwards he “had no idea” about the situation between the drivers ahead of him. “I was not told on the radio that Seb had the five seconds penalty. I was just trying to push.”

Ferrari originally suggested Leclerc should make an extra pit stop to try to claim the bonus point for fastest lap, but he chose to stay out.

“They thought it was good at first to two-stop to do the fastest lap but I didn’t agree. I really wanted to try and push because I could see that I was quicker than the two guys in front. I wanted to have my chance if something happened but I didn’t know about the five second so I just pushed until the end.”

Leclerc lost time earlier in the race when he extended his first stint. “We just tried to go long I think for a Virtual Safety Car or something like that to cover it in case there was one,” he explained.

“After[wards] you can always argue whether it was the right thing to do or not. Today not because we lost quite a lot of previous time that we had to catch up after that.

“But overall I think it’s a good performance on my side today. The laps were competitive from the first one to the last one. Just unfortunate that we couldn’t do a bit better.”