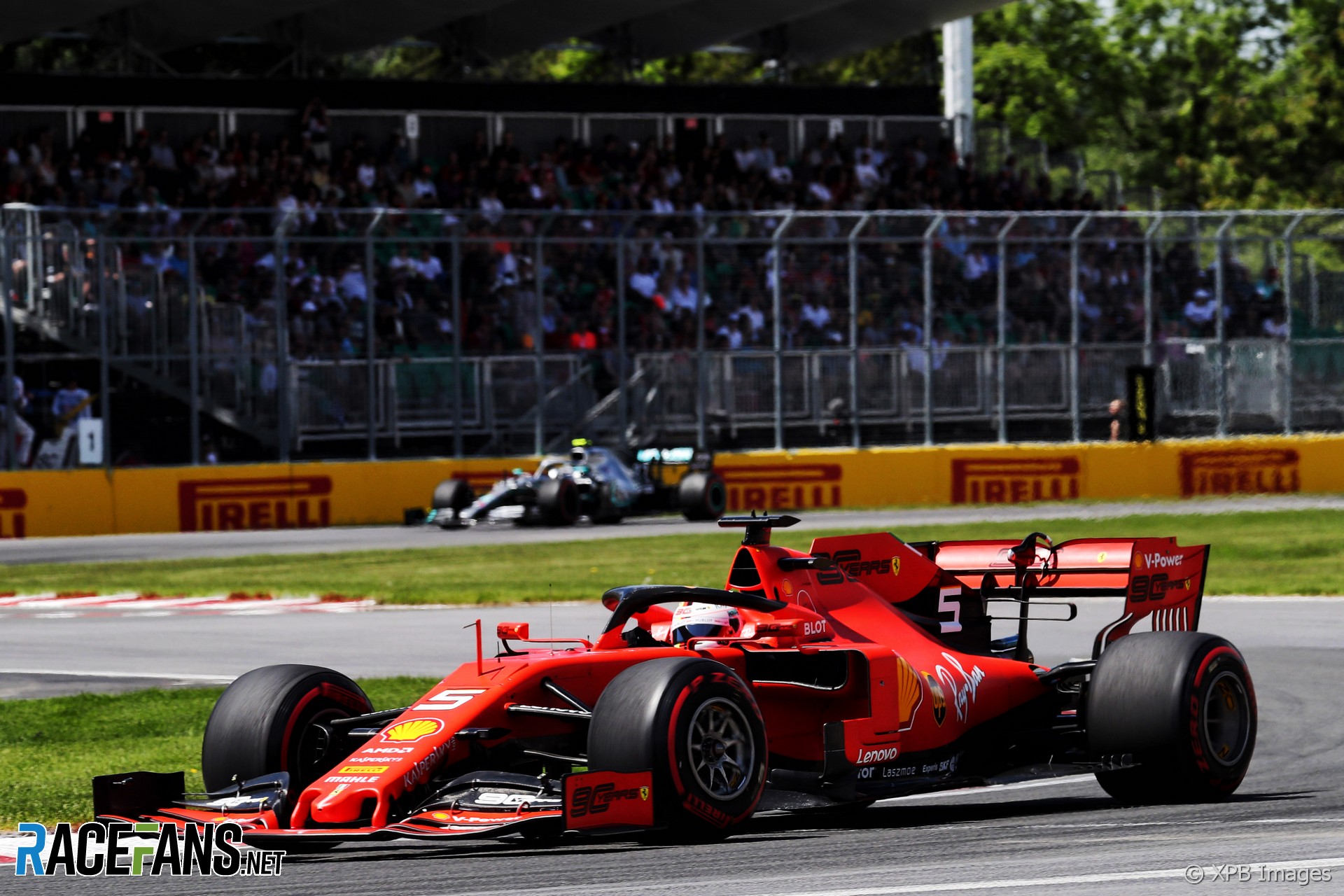 Sebastian Vettel has been given two points on his licence for the incident with Lewis Hamilton which cost him victory in the Canadian Grand Prix.

The Ferrari driver was given a five-second time penalty for forcing Hamilton to take evasive action when he drove onto the racing line immediately after coming off the track at turn three.

“Car 44 had to take evasive action to avoid a collision,” the added.

Vettel defended his driving as he returned to the pits after the end of the race: