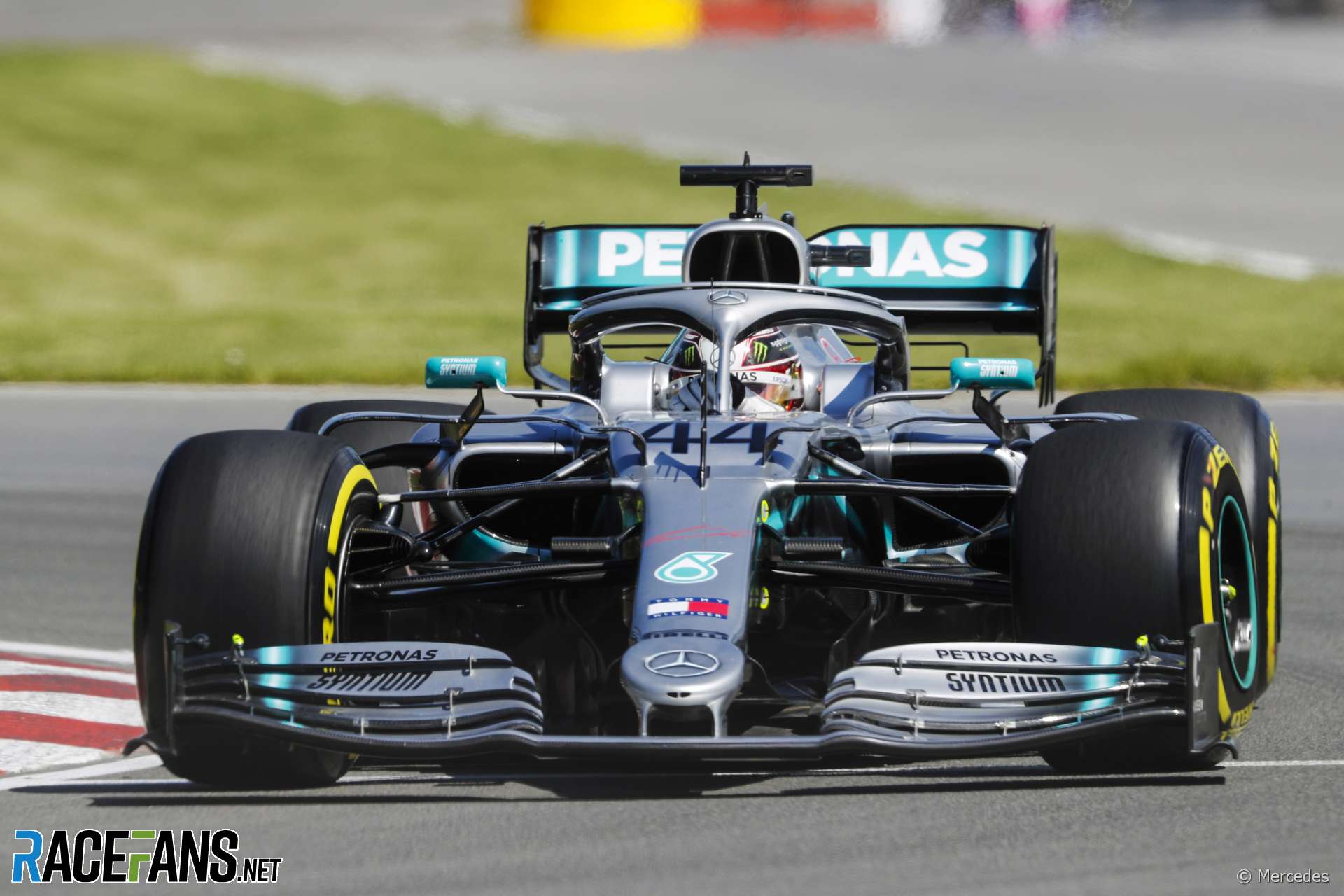 Lewis Hamilton has won the Canadian Grand Prix for the seventh time after Sebastian Vettel was given a penalty.

The Ferrari driver came off the track at turn three while under pressure from Hamilton. As he rejoined at turn four he squeezed the Mercedes, forcing Hamilton to back off. Hamilton quickly reported the incident on the radio and a few laps later the stewards handed down a five-second time penalty for Vettel.

An unhappy Vettel, who complained the stewards were “stealing the race from us”, finished the race a second ahead of Vettel, which relegated him to second place after his penalty. Charles Leclerc took third, putting both Ferraris on the podium together for the first time this year.

Valtteri Bottas never figured in the fight for the lead and took fourth place after pitting for a fresh set of soft tyres at the end of the race to take the bonus point for fastest lap.

Max Verstappen climbed to ninth place after running a long stint on the hard compound tyres. He moved ahead of team mate Pierre Gasly along the way, who spent much of the race stuck behind Lance Stroll until the Racing Point driver pitted. Gasly came in eighth, the Red Bull pair separated by the two Renaults, led by Daniel Ricciardo.

Daniil Kvyat claimed the final point with a late pass on Carlos Sainz Jnr, who pitted early due to high brake caliper temperatures on his McLaren. His team mate Lando Norris was the first driver to retire from the race, followed by Alexander Albon’s Toro Rosso.