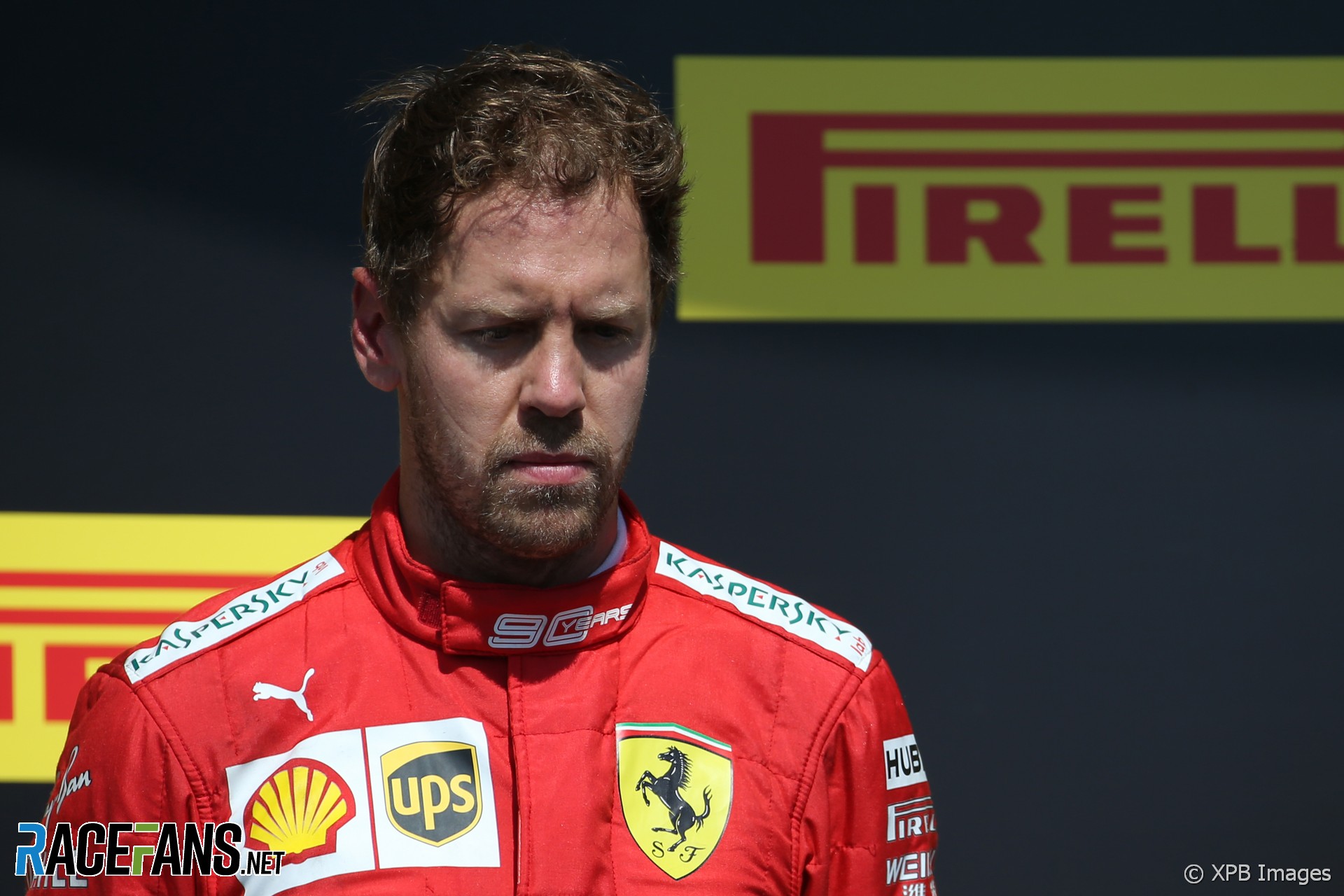 Sebastian Vettel says decisions such as the penalty which went against him in the Canadian Grand Prix yesterday have hurt his affection for Formula 1.

A five-second time penalty for rejoining the track unsafely cost Vettel victory in the race to Lewis Hamilton. Afterwards Vettel said the decision was one of many which he feels show the sport has gone in the wrong direction.

“I really love my racing,” said Vettel in the post-race press conference. “I’m a purist. I love going back and looking at the old times, the old cars, the old drivers. It’s an honour when you have the chance to meet them and talk to them, they’re heroes in a way. So I really love that but I just wish I was maybe as good, doing what I do, but being in their time rather than today.

“It’s not just about that decision today, there’s other decisions. Just hear the wording when people come on the radio, that we have now. We have an official language. It’s all wrong.

“We should be able to say what we think but we’re not so in this regard. You have all this wording: ‘I gained an advantage, I didn’t gain an advantage, I avoided a collision’. I just think it’s wrong. It’s not really what we’re doing in the car. It’s racing, it’s common sense.”

Vettel was penalised because he forced Hamilton to take evasive action when he rejoined the track. Vettel said he doesn’t believe that should lead to a penalty.

“If there’s a hazard on track, obviously you slow down because it’s quite unnatural to keep the pedal to the floor and run into the car and then say, ‘ah, it’s wrong that the car was there.’

“I rejoined the track and then Lewis obviously had to react. I don’t know how close it was or close he was. Once I looked in the mirror he was sort of there but for me that’s racing.

“I think a lot of the people that I just mentioned earlier, the old Formula One drivers and people in the grandstands and so on, would agree that this is just part of racing but nowadays it’s just… I don’t like it. We all sound a bit like lawyers and using the official language.

“I think it just gives no edge to people and no edge to the sport. Ultimately it’s not the sport that I fell in love with when I was watching.”

The Ferrari driver has also criticised previous decisions regarding the rules and insisted his complaint was not just to do with the circumstances of yesterday’s race.

“Obviously it hurts me today because it impacts on my race result. But I think this is more of a bigger criteria.

“When I wake up, I won’t be disappointed. I think Lewis and myself we share great respect and I think we’ve achieved so much in the sport, I think we’re both very very blessed to be in that position so one win up, one win down.

“I don’t think it’s a game-changer if you’ve been around for such a long time. But as I said, I’m not happy about all this complaining and stuff that we see so many times.”