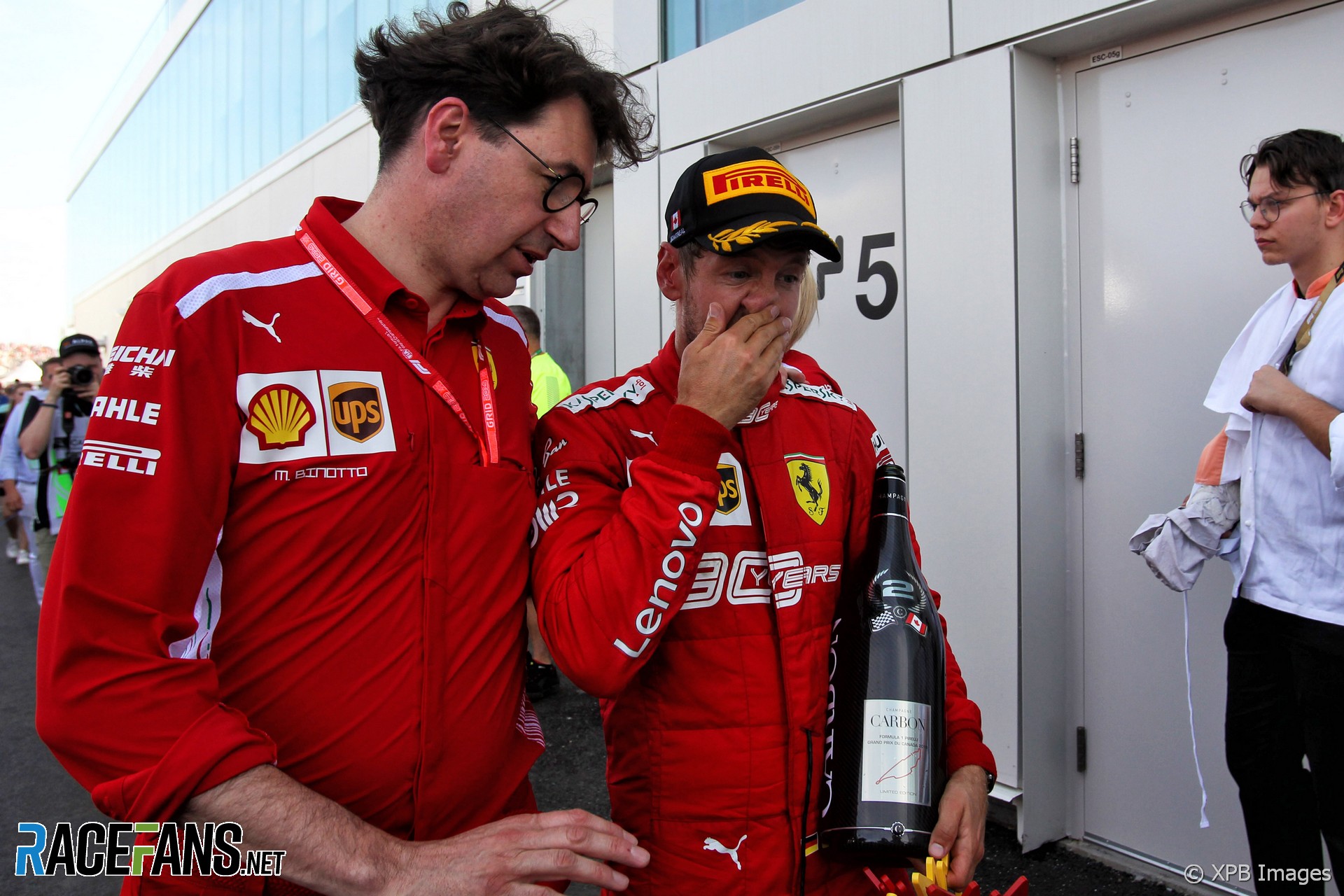 Ferrari is yet to confirm whether it has taken up its option to protest the penalty which cost Vettel victory in Sunday’s race. Team principal Mattia Binotto said on Sunday Ferrari “disagree with the decision”.

But Wolff insisted “the interpretation was according to the rules.”

“But it’s a little bit like the referee in football: There will always be decision which polarise. And at the end I think it’s great for the sport that we have emotions around it.”

Wolff said it is inevitable people will not always agree with stewards’ decisions.

“I think the drivers are gladiators in high-tech machines and we want them to fight it out there on track. But it is not trivial to find the line between hard racing and bumper cars in the future.

“For the FIA it becomes a point of safety: How hard can they drive. Making rules is such a difficult exercise and verdicts will not always please everybody.”

Asked whether he felt “sorry” for Vettel, Wolff said: “I don’t feel sorry, this is a no-prisoners sport. And they would have taken it the other way around too. But I can understand a racer’s frustration when a result goes against him.”