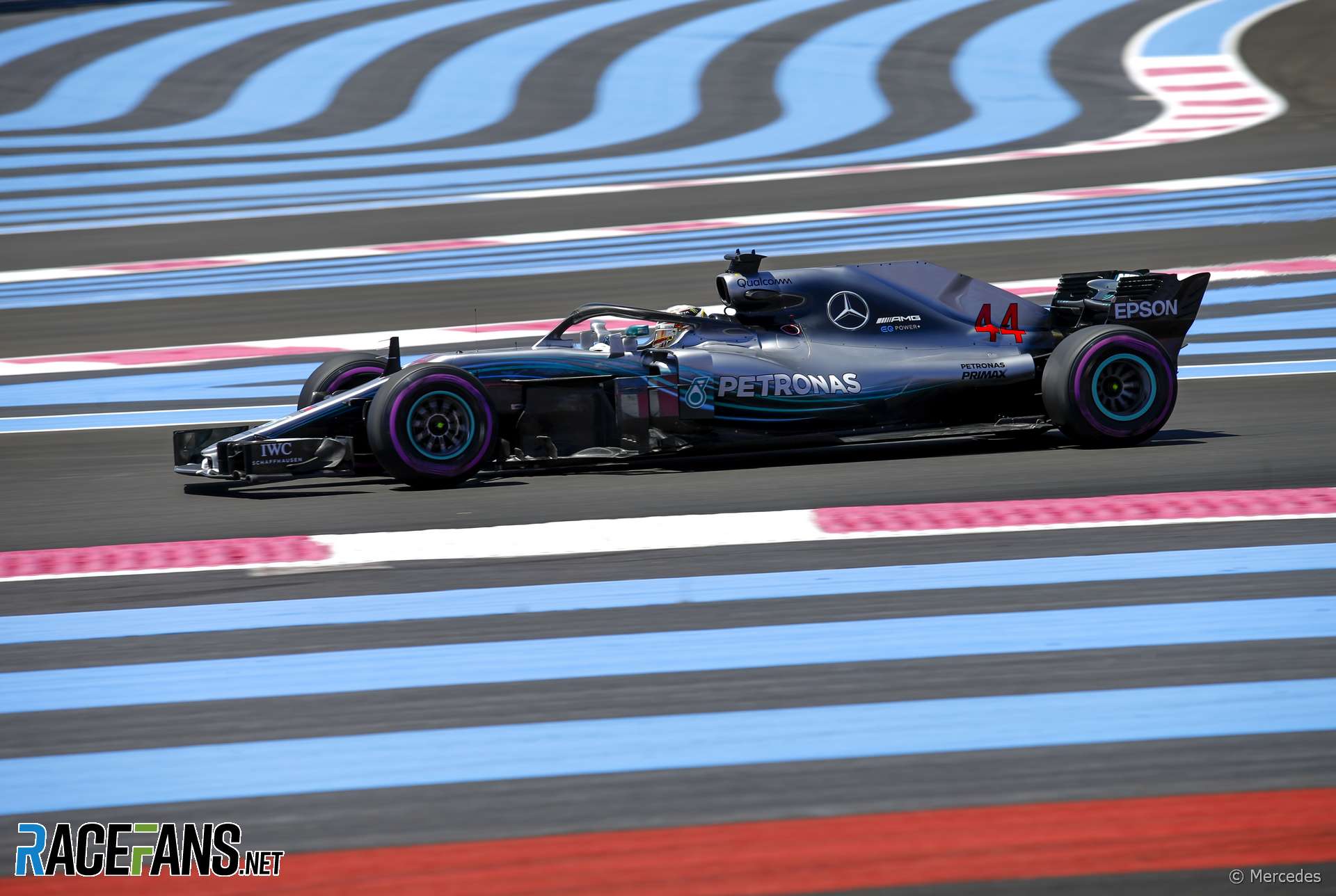 In the round-up: Hamilton says that F1 should have big prices for errors, as we head to Paul Ricard.

We already had a drivers briefing the other day, we were already discussing lots of different elements – runoff elements, why had they put those runoff areas there in the past and I think it was to not lose wrecked cars in the race, to not use the safety car so I think there’s lots of different things that Formula One can do to make the racing better and to make it harder for us drivers. When I talked about making it harder, I remember back in the day that I remember at the start of being in Formula One – or even probably GP2 or Formula 3 going through Pouhon in Spa and it being all grass and gravel on the exit, so if you just went a little bit too deep you paid the price – and that’s how Formula One should be.

The rookies generally pay the price in those scenarios – there’s lots of little things that make it too easy in that respect. They are always altering things to try and make the racing better and they make these rules and they lean on these rules and I think they’re doing a great job, in my opinion. I think they’ve been very good, very balanced over the last couple of years.

"I was at the 1982 South African Grand Prix, working as the JPS Lotus press officer, when the infamous drivers’ strike took place. The Independent Radio News (IRN) news reporter at the time was not in the press box, and I took a phone call from IRN. IRN distributed the radio news, and they were desperate, they needed a voice piece. I said “I can’t do that,” and they were like 'Just tell me what you see down the pit lane.'

I did my first ever broadcast from Kyalami about the strike. IRN asked me to do more pieces, and I ended up becoming their Formula 1 correspondent, as well as doing the day job."

"Monsieur Ricard’s track, with its vast run-off areas and such civilised features such as permanent pit garages and dedicated press room was the blueprint for what was to come as the sport began to move away from its more brutal excesses to a glossier but less raw future, partly thanks to Jackie Stewart’s long-running safety campaign"

What to watch for in France (FIA Formula 3)

"There was overtaking aplenty in the first round of the FIA Formula 3 Championship and France will be no different. Le Castellet famously has two key overtaking spots: the first begins down the pit straight and goes into Turn 1 and 2, with plenty of room for both defence and attack. This can lead to some intense and enthralling battles right through the field."

"It will be exciting to race in a new city for Formula E in Bern. The track looks like a lot of fun, with large gradient changes, some challenging corners and a number of straights for overtaking. The atmosphere last year in Switzerland was amazing so I’m looking forward to racing again in front of such passionate fans."

Jeanrien has a suggestion for financial leverage outside the big three F1 teams:

That is actually a topic where the smaller teams could have a lot of weight and the issue is not the cap in itself, it’s that teams are overspending.

To clarify, the smaller teams are not competing for victories and are currently a long way from the leaders. What if they agree to reach a ‘sustainable’ situation between themselves and compete with the money they have and will earn back. The gap to the leaders will probably grow but smaller teams finance will get better (as Williams proved last year).

This will surely trigger some reaction from FIA to close the performance gap as the majority of teams will be even further from the big 3 as they are now. Leading eventually to smaller teams competing sustainably.
If they can unite, they probably have as much weight as the big three on this.

25 comments on “Hamilton: F1 rule makers have been “very balanced over the last couple of years””