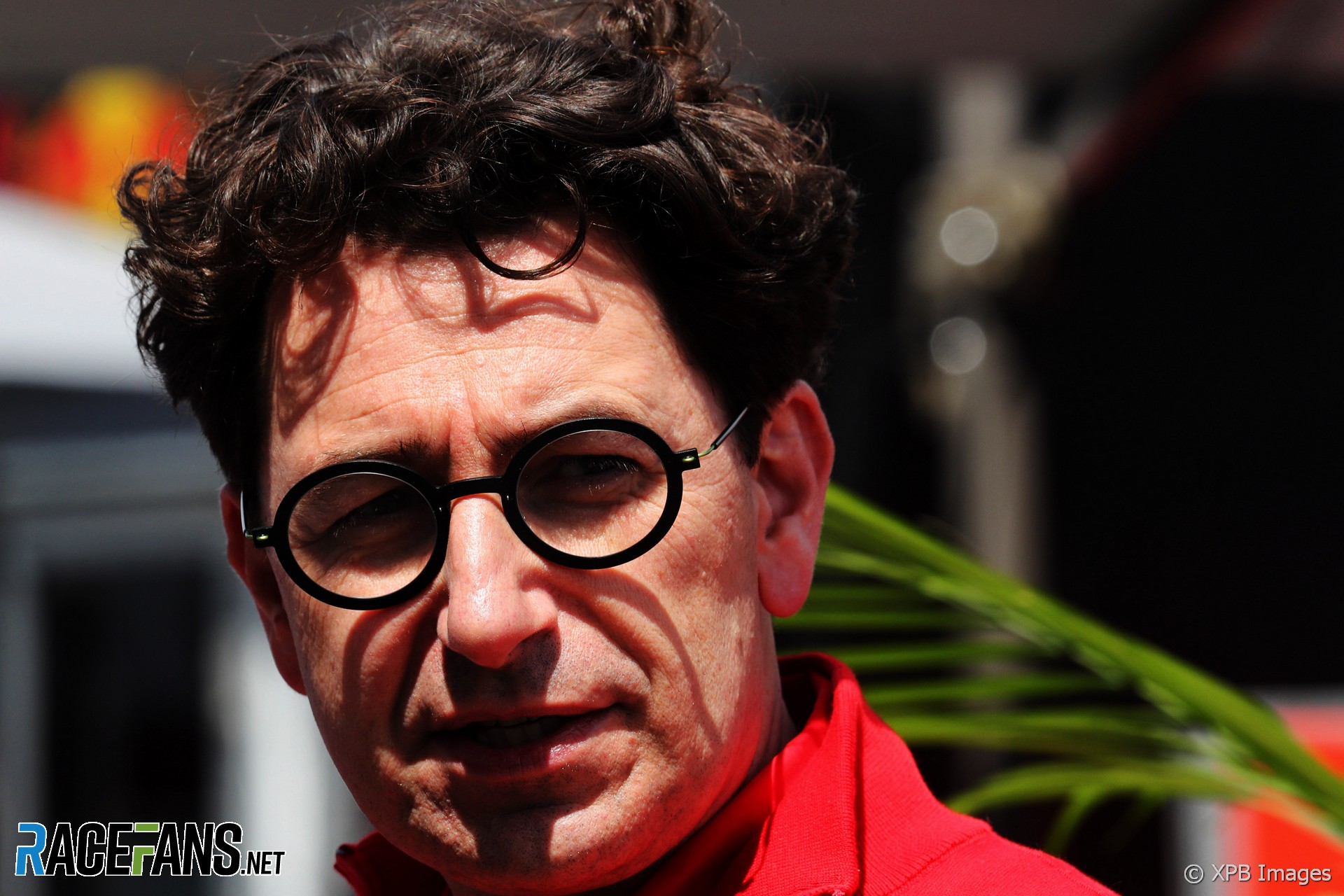 Ferrari team principal Mattia Binotto refused to explain the team’s request for a review of the penalty which cost Sebastian Vettel victory in the Canadian Grand Prix after the stewards ruled its submissions were not new, significant or relevant.

Binotto gave a brief statement ahead of his press briefing at the track today but would not elaborate when asked to explain any aspect of Ferrari’s protest attempt.

“Without commenting much on the decision I think that no doubt that as Ferrari we are all very unhappy and disappointed,” he said. “We are disappointed certainly for Ferrari but we are disappointed for the fans and for our sport. We do not intend to comment any further.”

Vettel was given a five-second time penalty for rejoining the track in an unsafe fashion in front of Lewis Hamilton. Ferrari submitted a request for the incident to be reviewed, which required them to demonstrate to the stewards they had “new elements” which were not considered when the original decision was made.

Prior to the hearing the team’s sporting director Laurent Mekies said they would present “overwhelming” new evidence demonstrating Vettel did not break the rules. However of the seven items Ferrari presented to the stewards, five were deemed not to be new, and the others were not considered relevant or significant to the matter.

Asked why the team’s confidence in its evidence was so clearly at odds with the stewards’ assessment of it, Binotto said: “We are certainly unhappy as I said. I do not want to comment.”