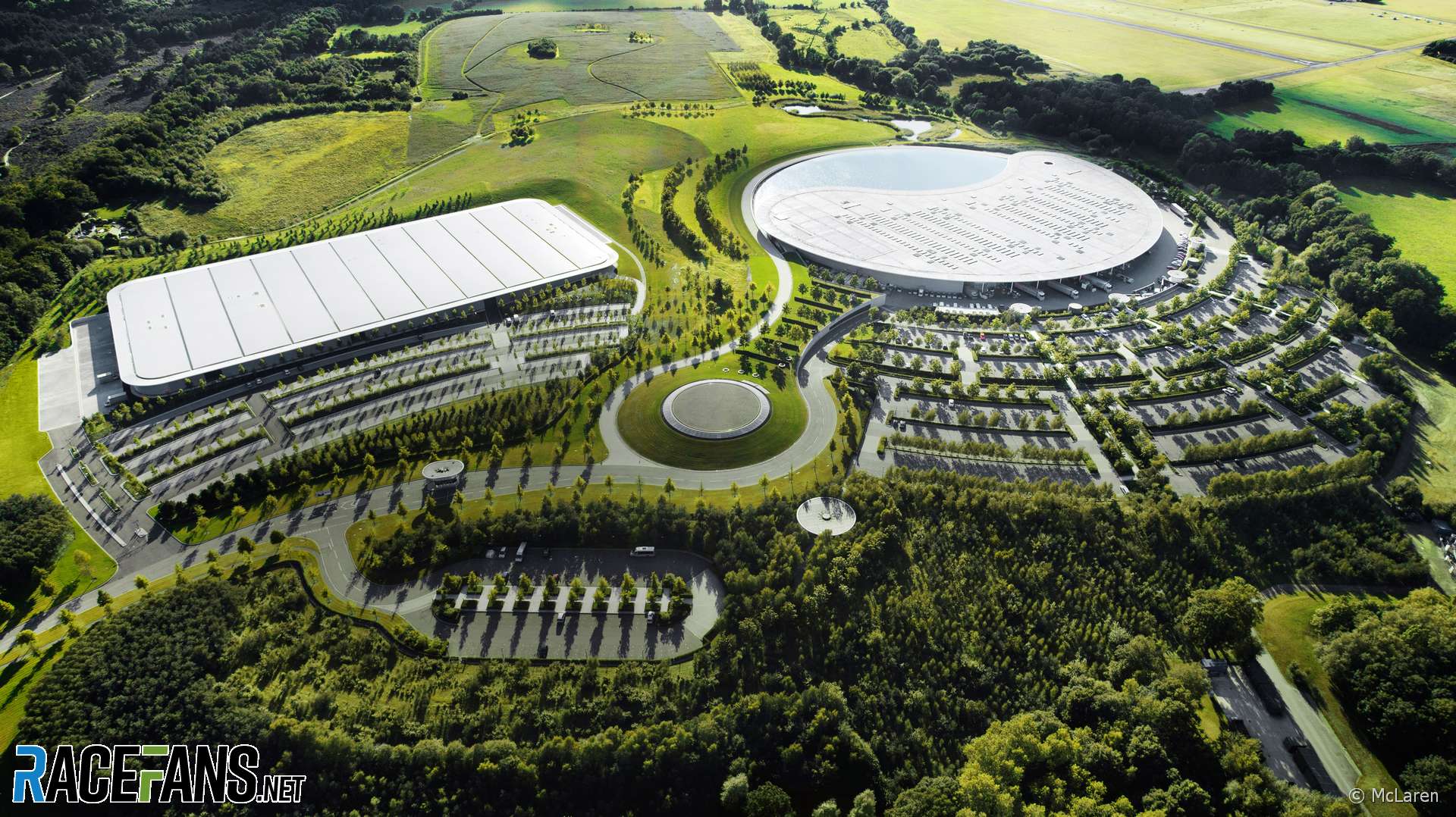 McLaren say they will address one of the “big deficits” with their car by building a new wind tunnel at the McLaren Technology Centre.

The team opened the MTC in 2004 but for most of the time since then its F1 team has not used its own wind tunnel but Toyota’s larger facility in Cologne. New team principal Andreas Seidl says the team’s shareholders Sheikh Mohammed bin Essa Al Khalifa and Mansour Ojjeh, and McLaren Racing CEO Zak Brown, have backed the two-year project to build a new wind tunnel.

“One of the biggest tasks I get at the moment from Zak and the shareholders, Sheikh Mohammed and Mansour, is to freely point out where I see the deficits or weaknesses of infrastructure and so on, in Woking and here at the track,” he said. “And one of the big deficits we have at the moment is clearly not running our own wind tunnel in Woking.

“Since nearly 10 years we developed our car at Toyota in Cologne. So I’m very happy that recently the decision has been made that we install a new wind tunnel in Woking which is obviously a great message for everyone inside the team because it also shows how serious Zak and the shareholders are regarding our way back to the front.

“So it’s great news for everyone inside the team, a big boost for the morale and simply fits into the overall positive direction we are taking at the moment inside the team.”

Seidl believes aerodynamic development is one of the key areas holding McLaren back at the moment.

“The 1.5 seconds we are seeing to the top cars, or even more depending on the race tracks, I think it’s simply aero load. This is what we are working on day and night back home in the factory, trying also to set up the cars here in the right window to use the downforce that we’ve developed in the wind tunnel, that’s the main area we are working on.”

F1 teams face strict limits on how often they can run their wind tunnels and the restrictions are expected to become even tighter in 2021. However Seidl says McLaren’s new tunnel will not just be used by its F1 team.

“We can share the resource of the wind tunnel with Automotive,” he said in response to a question from RaceFans, “we can share the potential future other motorsport projects at McLaren, Zak is working on that.

“At the same time I think it’s also possible to rent it out to customers and that’s what we had in mind when we made the decision to do this investment.”

11 comments on “McLaren to build new wind tunnel at MTC”