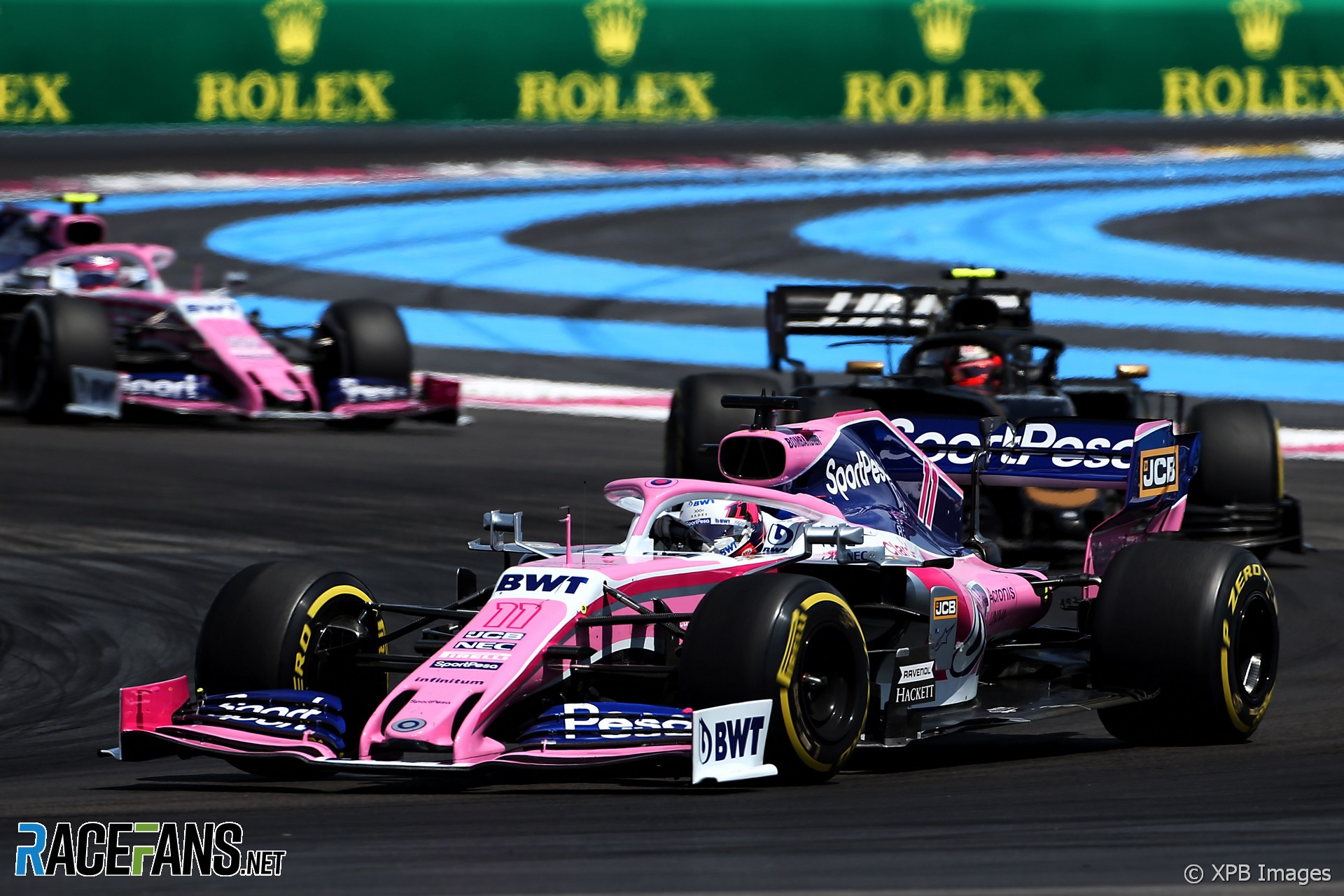 Sergio Perez has been given a penalty point in addition to his five-second time penalty for passing cars by going off the track at turn three.

The stewards ruled Perez compiled with the instructions on how to rejoin the track after going off at the corner, but did not observe the requirement not to gain positions from other cars.

“Although Perez followed the procedure in the race director’s notes, he clearly gained positions when he re-joined the track at turn five and retained this advantage,” the stewards noted.

“The Stewards reviewed whether Perez was forced off, and determined that this was not the case. Gaining an advantage is a breach of the regulations and of the race director’s instructions (Point 10.6) which states that even if you follow the procedure you may only re-join the track without gaining a lasting advantage.”

Perez now has a total of four penalty points on his licence.

8 comments on “Perez given penalty point for track limits violation”