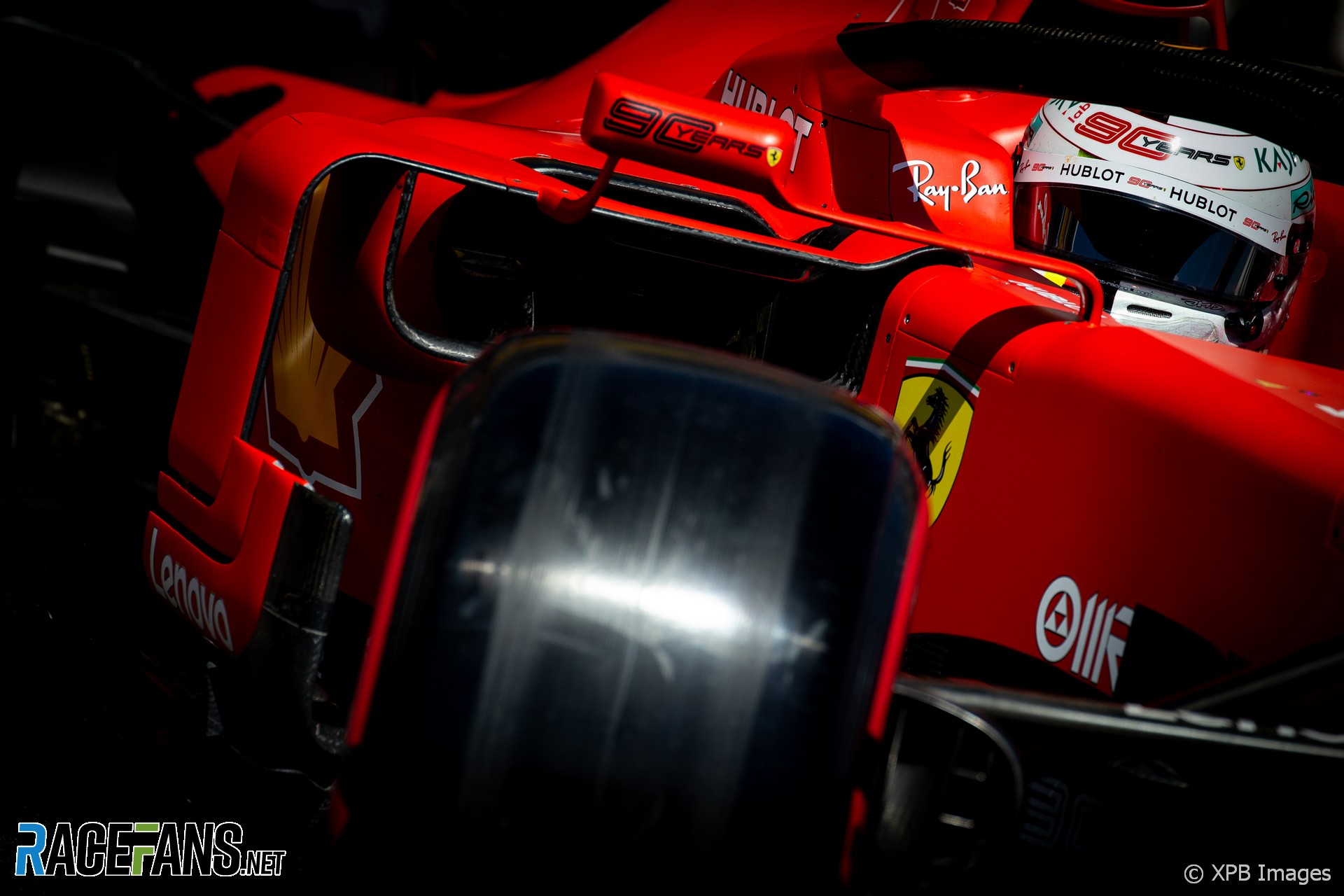 In the round-up: Sebastian Vettel admitted he couldn’t understand his loss of performance in the top 10 shoot-out in qualifying.

I don’t know why I missed the upshift and then I lost so much momentum but it was pointless to finish the lap so I aborted.

But then on the last lap, I don’t know, I just couldn’t feel the same car that I had in parts of qualifying, other parts of qualifying. So I’m not happy not being able to extract the maximum today. That’s why I think we’ve also not qualified where we should be.

Ahead of tomorrow’s parade lap celebrating 40 years since our first F1 victory, Jean-Pierre Jabouille tested his R.S.10 with Nico and Daniel waiting for him on the grid afterwards! #RSspirit #FrenchGP pic.twitter.com/jszlYPSvyY

Two McLarens have qualified inside the top six for the first time since the 2014 Italian Grand Prix, when Kevin Magnussen and Jenson Button took fifth and sixth respectively (and the top six was filled by Mercedes-powered cars). #F1 #FrenchGP pic.twitter.com/9QRmp778i2

"My first lap in Q2 on mediums was good, but on my second lap, which is supposed to be quicker, I lost the back end into turn eight and that was it."

"George did a solid job today to bounce back, having not taken part in FP1 and then lost FP3 due to a Power Unit electrical issue. This resulted in an ERS module change ahead of Q1."

"I felt like I did a good lap with the grip that was available under me, but that’s pretty much where we have been throughout practice."

"As it’s been all year, it’s very disappointing to have a car that we know has good downforce, a well-designed car that should be working, but just isn’t because we can’t make the tires work."

Witan is unimpressed with the histrionics around Sebastian Vettel’s Canadian Grand Prix penalty:

Can we please have some adults take control, enforce a respect for the rules and for the referees. If a decisions seems wrong first, go and kick a wall in private until you have calmed down and then make a proper appeal, act honourably and shut up and take it, don’t behave like a two-year-old in a tantrum or stand up and trash the system and rule book.

If it seems a rule is wrong, work to have it changed in a sensible and polite manner and not talk crazy stuff about burning the whole rule book or drivers policing other drivers without any formal rules.

F1 is a great sport. I love it. When a race is on it makes my weekend. But it is not a lack of freedom for drivers that will destroy it but the hedonism of many of the participants and the lack of commonsense throughout the circus. When they bang on about ‘the show’ the more of a circus it becomes.
Witan

58 comments on “Vettel mystified by slump to seventh in qualifying”