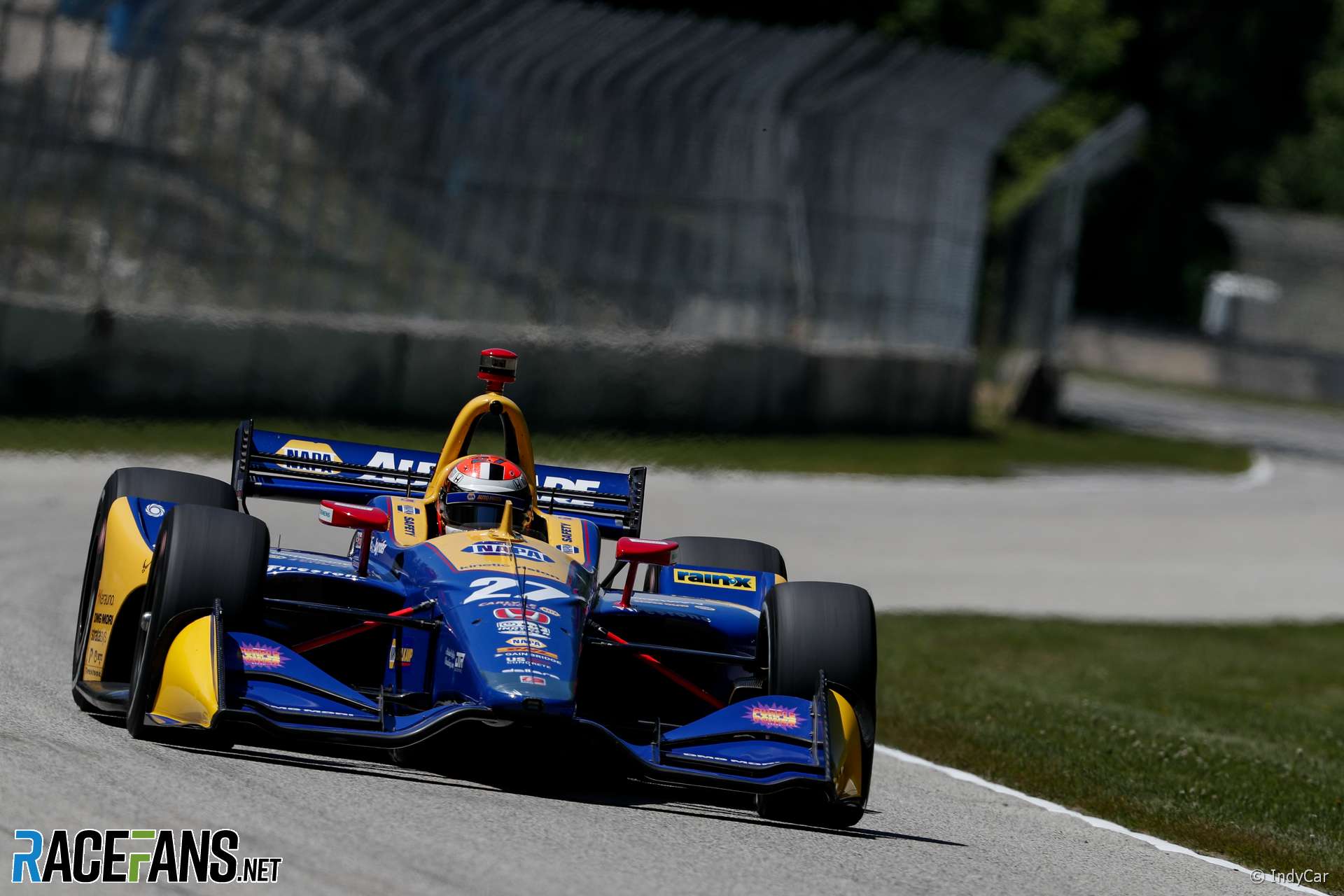 Alexander Rossi dominated proceedings at Road America to score his second victory of 2019 in an even more emphatic manner than his Long Beach win earlier in the year.

The Andretti driver passed pole sitter Colton Herta at the start and controlled the race from that point on. He finished almost half a minute clear of second-placed Will Power. “That’s as fast as I could go,” lamented Power afterwards. “I couldn’t see Alex, he was just gone.”

Herta’s race went awry quickly. After being demoted further by Power and Graham Rahal he made an early pit stop but lost time due a problem with his refuelling rig. From there he staged an impressive fightback to claim eighth place.

Josef Newgarden followed Penske team mate Power home in third place, the pair fighting-wheel-to-wheel into Canada corner at one stage. Rahal finished within range of the pair of them in fourth.

Scott Dixon rescued an impressive fifth having been knocked into a spin at the start by Ryan Hunter-Reay and falling to 23rd place. Ganassi team mate Felix Rosenqvist followed him home, with James Hinchcliffe seventh.

The Penske drivers were the only Chevrolet-powered cars in the top 10. Simon Pagenaud was the third of them in ninth place ahead of Takuma Sato. Marco Andretti was the only driver to fail to see the chequered flag.