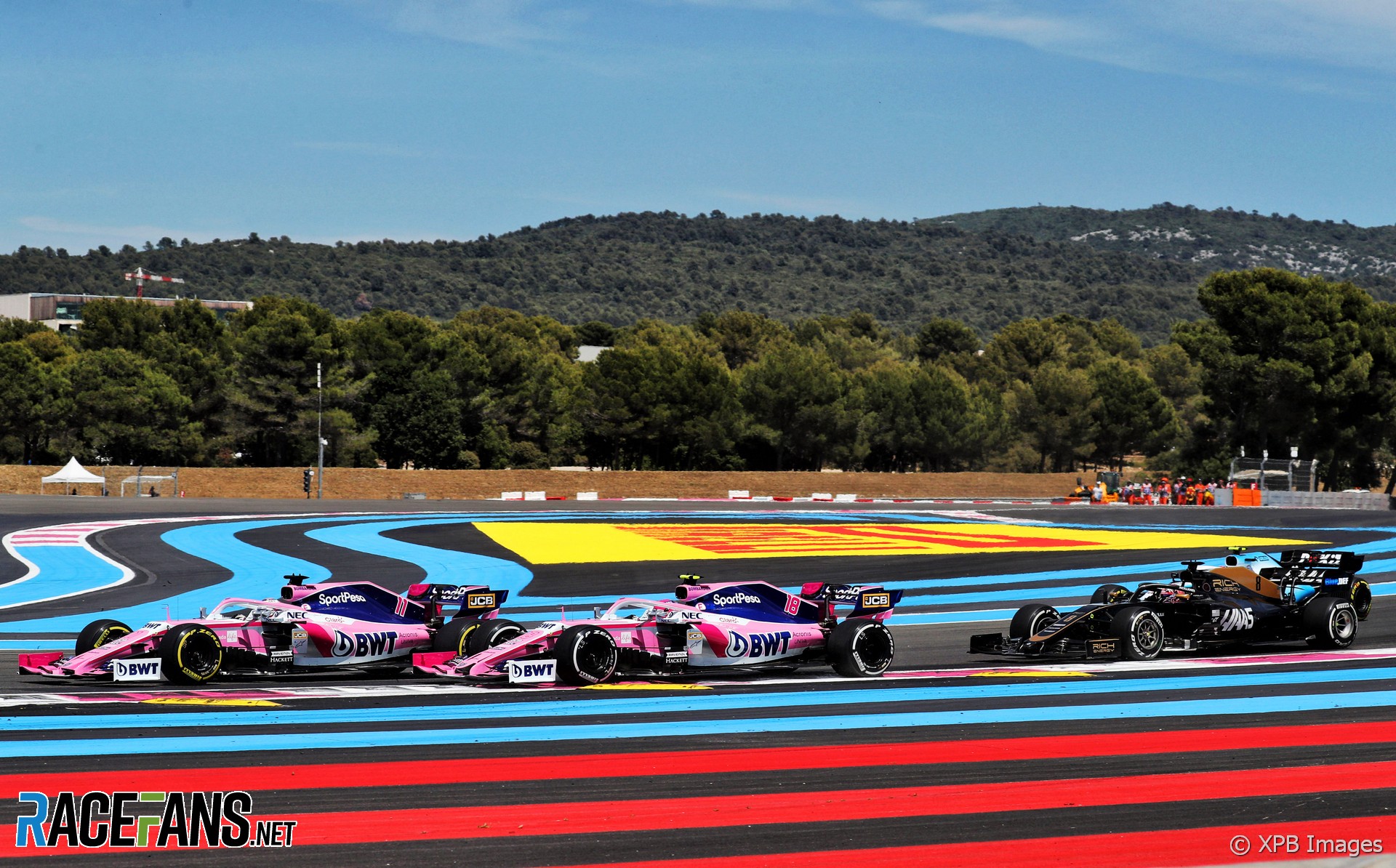 FIA race director Michael Masi says Sergio Perez could have avoided his penalty in the French Grand Prix by giving back the places he gained by going off the track on the first lap.

Perez was given a five-second time penalty after he was found to have gained places from two drivers by going off at turn three, despite following the correct route through the run-off area.

“If Sergio had chosen going out of turn six to drop back behind those two cars I think we would have looked at it and said he’s created his own disadvantage, effectively, and dropped into where he should have,” said Masi.

Racing Point did not ask race control whether Perez should give back the places he had gained, said Masi. He confirmed race control only advise drivers to relinquish positions to rivals if they have gained them in the first corner or combination of corners.

“We’ve discussed this with the drivers at a drivers’ meeting and they actually agreed that the line should be drawn at sort of turn one, or turn one-two depending on the way the combination of corners are,” he said. “So here it would be a turn one-two scenario, we would do that type of instruction. It was an open discussion with him in Canada I think it was and they all said ‘you need to draw the line somewhere’.”

Perez complained he had been given a penalty despite following the instructions on how to rejoin the track after going off at turn three. But Masi pointed out drivers are also forbidden from gaining positions by going off the track.

“When someone rejoins they must firstly rejoin safely and two must not gain a lasting advantage,” Masi explained. “In looking at the in-car, particularly when you look at Lance [Stroll’s] who was immediately behind him, Sergio’s locked up, chosen to go to the left and bypass the bollard and come out in front of both Albon and Magnussen.

“That was part of a discussion that was actually had following Monaco at a drivers’ meeting where the drivers actually requested that they need to be behind, effectively, who they entered [ahead of]. So that was one part.”

Masi said the configurations of the routes through run-off areas at Paul Ricard, which were new for this year, will be reconsidered ahead of next year’s race.

“There was the turn-one-turn-two going-off set-up [which] was new for this year as was the set up in the run-off between turn three and turn five. It’s not an exact science it’s a trial and error.

“I think it’s certainly improved the rejoin from a safety perspective and given the drivers some better vision, following some feedback we had from them on Friday night. It’s certainly something that we will review and part of the constant improvement to be quite honest.”