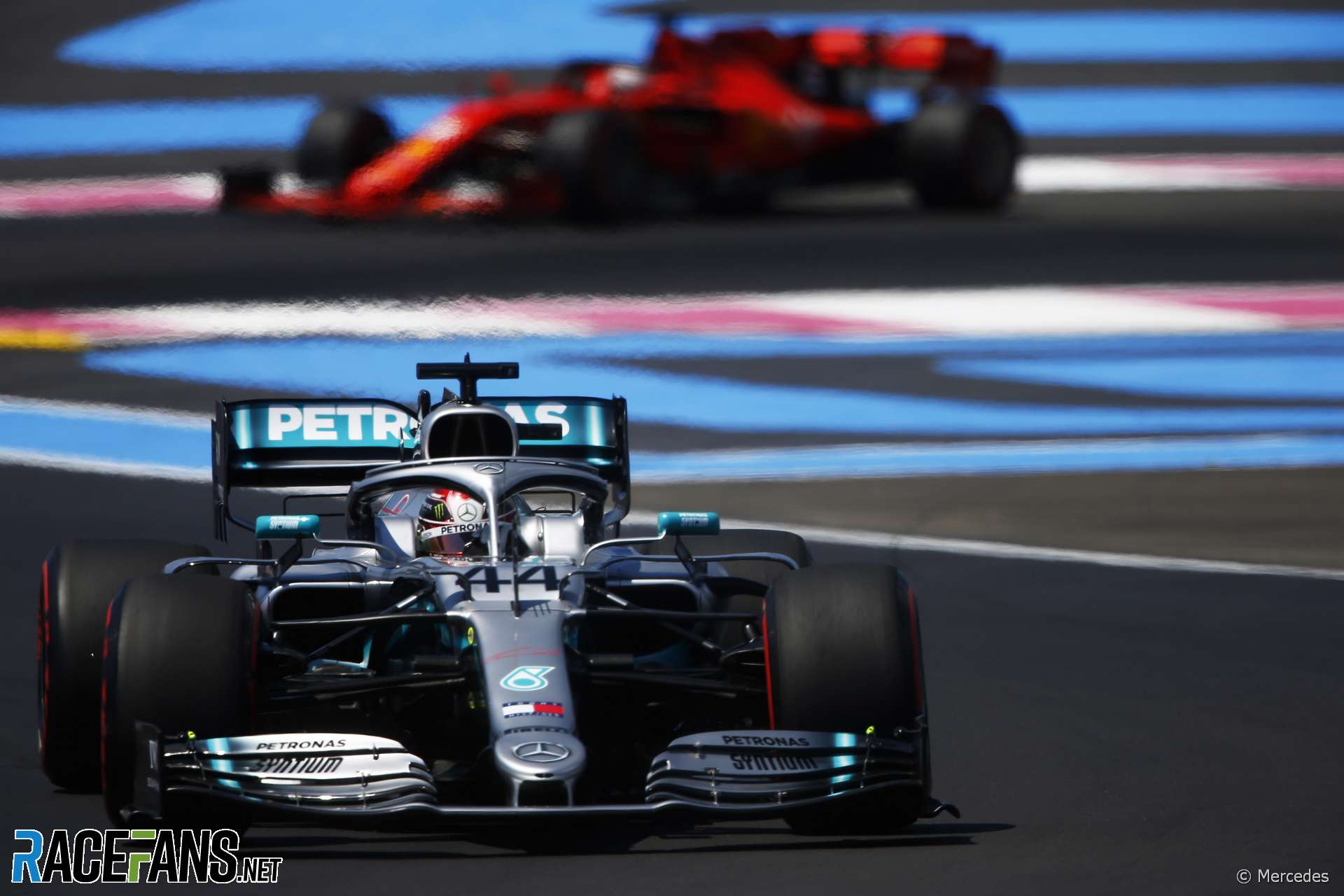 In the round-up: Mercedes team principal Toto Wolff says the French Grand Prix was his team’s best performance so far this season.

Wolff said Mercedes only had a few minor problems in a race they dominated:

Often when you look at it from a TV perspective it doesn’t really tell all the little dramas that happened behind.

We were trying to manage the car in the right way to avoid all troubles. At a certain stage we had some very shallow blistering on the tyres. It wasn’t a worry but it was interesting to see.

And a little misfire on Valtteri’s engine that caused a little bit of a headache but overall I am really happy with the team’s performance this weekend. I think it was our strongest showing so far this season.

I dearly love Formula 1, truly I do, but these far distant DRS manoeuvres can hardly be considered earned overtaking moves.

#F1 u really need to get your act together. Its supposed to be motor RACING. Also known as motor SPORT. Its neither racing or sport at the moment. You know overtaking is an issue, you know the playing field needs to be evened out. Stop dithering and make the tough decisions now.

Over the last two days I’ve commentated on two races. For the first time ever in FE, the top 3 on the podium were the top 3 on the grid. I’m not saying one is better than the other, I’ve loved F1 since I was 6, but it is undoubtedly a stark contrast compared to today’s race.

F1 with all the money in the world have made a sport which races on neutered skid pads with yawn inducing DRS passes while drives nurse their tires in front of sparse grandstands full of fans spending a fortune on tickets. Where did it all go wrong? #FrenchGP

No regrets. I tried. Would rather that than sit back without a heart.

OK so the race wasn't great but here's all the drivers and team bosses plus @JeanTodt, Chase Carey and others wearing Jackie Stewart caps to mark his 80th birthday.#F1 #FrenchGP pic.twitter.com/DgKNPM8KeB

Not to brag, but my record is 100% for clients winning endurance races in 2019. Daytona 24h, WEC Sebring, Sebring 12h, Le Mans 24h and NBR24h. So if any teams wants to win any further endurance races this year, I am freelance and available for hire 😉! Congrats @AMR_Official!!! pic.twitter.com/LutHTlR7hs

I am thoroughly enjoying this @IndyCar race from @roadamerica where they have installed a remarkable innovation designed to keep drivers within the confines of the circuit.

I believe it's called "grass".#IndyCar

Points just out of reach in France (Racing Point)

"I think we stopped a little bit too late because I could feel the tyres dropping off towards the end of my first stint, which cost us some time. There was also some life left in the mediums when I finished the race."

"Our race was compromised from lap one as I went wide into turn two and got boxed out. I didn’t realise how much grip there was on the outside and I lost a few positions. We were quicker than the cars in front but struggled to get past them as everyone was in the DRS train, so I spent most of the race behind another car."

"It was a long, difficult day and I’m disappointed, especially being here in France. From qualifying, I have struggled for grip and it was the same in the race. At the moment I don’t have the answer but I’m sure we will analyse everything to understand exactly why we lacked pace."

"With my first attempt to overtake Robert around the outside, I ran wide and hit the polystyrene board. We thought that wasn’t too much of an issue but then we found that damage to the front wing worsened. For safety reasons we decided on the change."

The stewards have taken a lot of flak over recent penalties, but are the tracks really to blame?

While I can see the problem with Ricciardo’s overtaking on the final lap, this is getting ridiculous.

The biggest issue is that a lot of tracks are changed in a why that allow you to take some advantage by going a little outside. A proper circuit will have a patch of grass or gravel, thus such maneuvers, if working at all, will be simply brilliant.

The new updates with ‘safety’ Tarmac are a complete disgrace for the sport. It’s counter intuitive and ugly driving on them – the instinct tells you where the grip is, but the book thinks differently. If I fasted forward 20 years ago to now I would never believe that what I have watched today was a F1 race. It would have looked to me as the local driving school.
Nacho Nachev

19 comments on “France was Mercedes strongest race so far – Wolff”