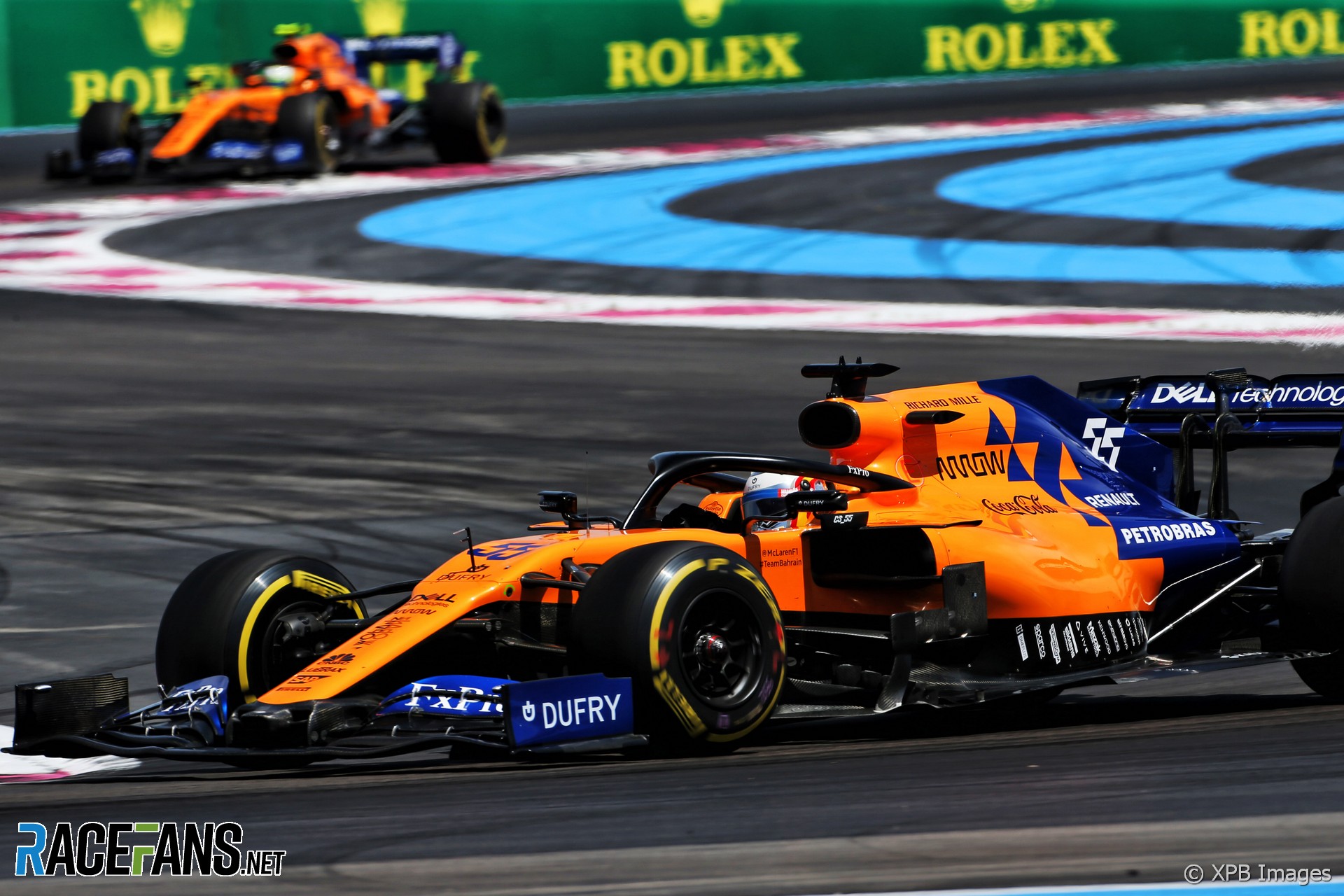 Both McLaren drivers had excellent though not quite flawless weekends. Norris was brilliant in qualifying, though a slight slip at the final corner probably cost him fourth place to Max Verstappen.

In the race he was a touch conservative going into turn one and fell behind his team mate. He would have finished there had it not been for a hydraulic problem, which he coped with as best he could before Daniel Ricciardo pounced on him, sparking a chain reaction which ultimately left him ninth.

Sainz wasn’t quite as quick as his team mate in qualifying, though in his defence he’d spent Friday trying some unusual set-up configurations on his McLaren. On race day he was superb, passing Norris at the start (and briefly hassling Verstappen), before delivering a fine sixth.

Valtteri Bottas looked the quicker of the two Mercedes drivers for much of practice. But when it mattered, Hamilton delivered, banging in a pair of excellent laps in Q2 for pole position.

In the race he converted that advantage stylishly, drawing away from Bottas early on and managing a mild spot of blistering after his pit stop. By the end of the race he was 18 seconds to the good over the driver in the same car.

After Canada, Charles Leclerc arrived in France saying he needed to tidy up his game in qualifying. He did exactly that, securing the best spot available for Ferrari behind the much quicker Mercedes.

In the race he couldn’t do a great deal to stop the Mercedes getting away (though he might have got off the line a tad better). However he judged his second stint superbly, taking care of his tyres, edging towards Bottas and exploiting the brief Virtual Safety Car period perfectly to take an optimistic look at second place on the last lap.

Pierre Gasly’s progress at Red Bull first stalled and now seems to have reversed. Or at least, on weekends when the car is not handling well, Gasly appears to suffer much more than his team mate.

Once more he couldn’t reach Q3 on the harder tyres, leaving him at a strategic disadvantage. He actually coped well on his softs at the start and made it a reasonable distance on them. But his pace went south after he pitted, and only Ricciardo’s penalties ensured he scored a point at home.

Was Sebastian Vettel too distracted by the events of the previous weekend, and Ferrari’s ill-judged attempt to have them reviewed? He came up short when it mattered most in Paul Ricard, most notable in Q3. One error would have been unfortunate, but two ensured he qualified well below where the SF90 should have.

The race went better, but just as he was closing on Verstappen a costly lock-up sent him into the pits early and scuppered his strategy. He at least salvaged the bonus point for fastest lap.

Bottas lost much of his ground to Hamilton in the latter stages of the race as he began to suffered with tyre blistering plus a minor engine misfire. Verstappen did well to split both Ferraris on his way to fourth.

Kimi Raikkonen put Alfa Romeo back in the points, though he was out-qualified by Antonio Giovinazzi, whose rewards was having to start on the unfavoured soft tyres. He slumped to 16th.

A pair of ill-judged moves on the last lap dropped Daniel Ricciardo from seventh to 11th. Team mate Nico Hulkenberg, who unlike Ricciardo did not have the latest Renault engine, was one of those who profited, having spent the race stuck behind Raikkonen.

It was a similar situation at Toro Rosso where Daniil Kvyat had the newer engine and finished ahead, though he had to start at the back and pass Alexander Albon to do it. They finished behind the Racing Point pair: Sergio Perez spoiled his race by overtaking two cars off the track at the start, earning a penalty, while Lance Stroll was again compromised by a poor qualifying effort.

The Haas duo struggled again. Romain Grosjean parked his car to save engine mileage while running ahead of Kevin Magnussen. The latter finished with only the Williams pair behind him, though they had an exciting scrap. Robert Kubica finished ahead for the first time this year, though only after Russell had to make an extra pit stop after damaging his front wing while tackling his team mate.