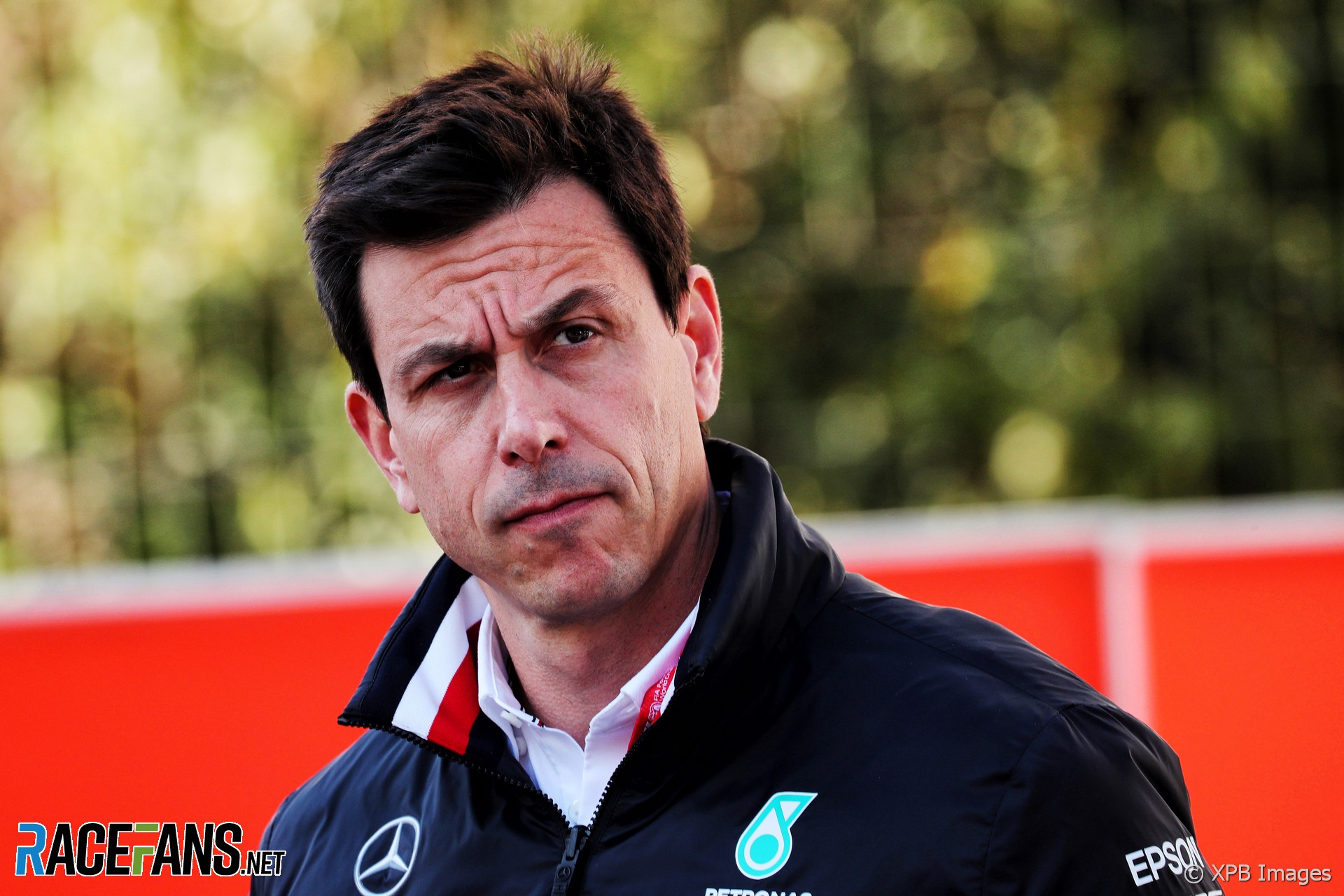 Lewis Hamilton is unsure Mercedes team principal Toto Wolff would be the best person to take over running Formula 1.

As RaceFans revealed last month, Wolff’s contract with Mercedes expires at the end of 2020, when the opportunity to succeed Chase Carey as F1 CEO will become available.

But while Hamilton strongly endorsed Wolff’s credentials as a manager, he believes the sport should be run by a “complete neutral” with no ties to any team.

“I don’t believe there’s a better manager than Toto within the whole of Formula 1,” said Hamilton. “However, sitting back as a fan, sitting in the room with people who have to make ultimate decisions we, as humans, we can be biased.

“You’ve got [FIA President] Jean Todt who, I know Jean is level, but the fact is he’s been with the red team for so long so surely when he wakes up there’s a red T-shirt and there’s a silver T-shirt he probably goes for a red one, you know what I mean? Just like when I get out of bed and I see 44 I see number six I will go for number 44.

“Toto has been Mercedes through and through for such a long period of time. I don’t know if there’s anything in that but if there’s a choice of management I think he would be the best.

“But I think the best would be someone from outside who’s just neutral, if there can be someone such as a complete neutral, who doesn’t know about Ferrari.”

Hamilton believes the teams should not be involved in taking decisions over the future of the sport.

“Ultimately the FIA, they’re the governing body, they make all the decisions and the teams shouldn’t be involved in that, in my opinion. Because the teams all want to do something for themselves. They don’t like me saying that but that’s the natural thing in competitors.

“It would be the same in football if all the football teams sat in a room and said ‘the sport should be like this’. They would push and pull for their own benefit. If you get a central group of people telling them, like the FIA for example, their sole job, and Liberty, is to make the sport great again.”

Why should Mercedes continue in Formula 1? Dieter Rencken considers the future of Formula 1’s dominant team in the new edition of his RacingLines column, coming up later today on RaceFans.