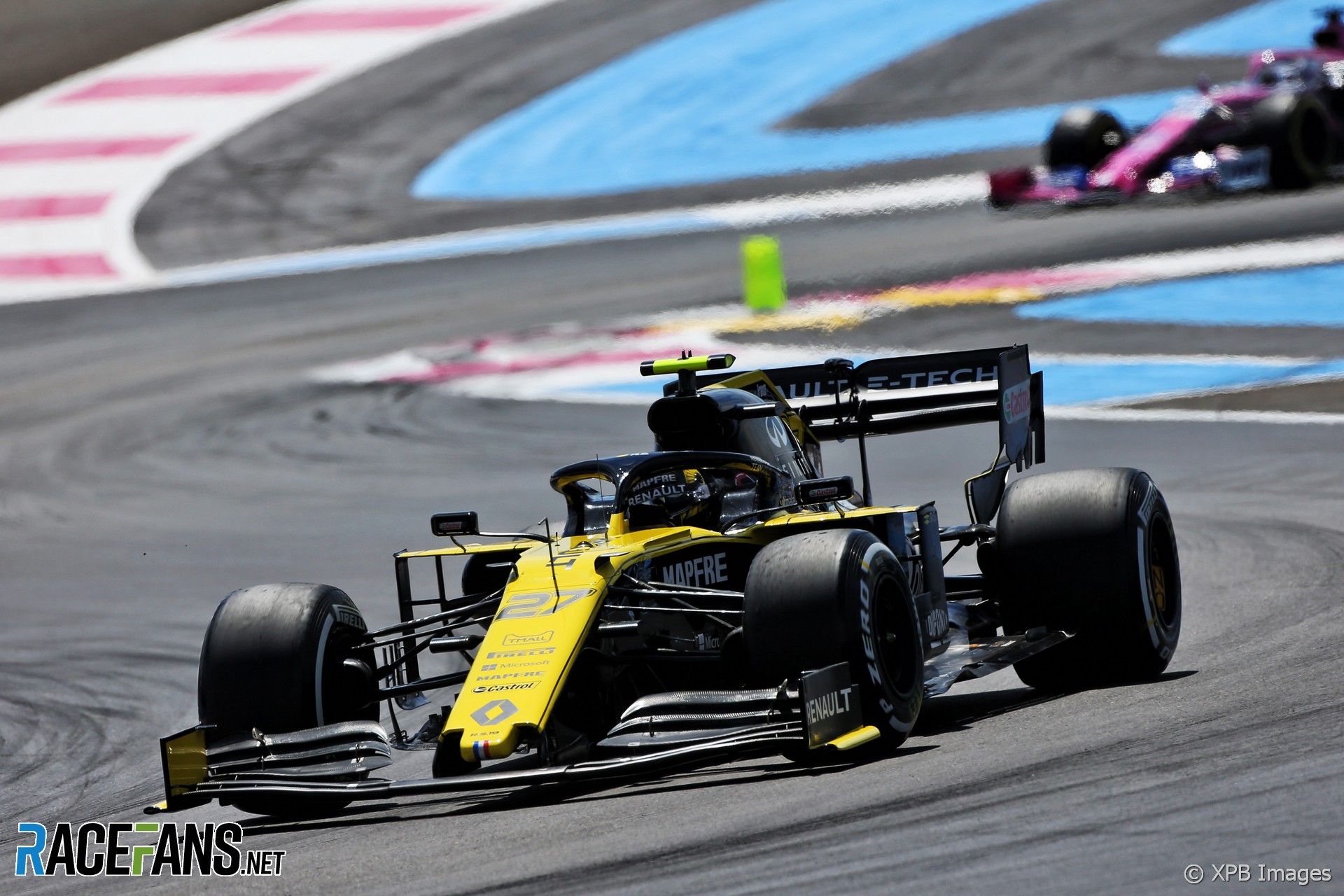 In the round-up: Nico Hulkensberg says he expected stronger race pace from McLaren in the French Grand Prix after their qualifying performance.

Speaking after Sunday’s race Hulkenberg was asked if McLaren’s performance surprised him:

Yes, they were pretty bad today. Today, in a way, bad, I mean we beat one of them. Carlos [Sainz Jnr] wasn’t far ahead of us, I believe. It was only a few seconds.

Looking at Friday’s pace and [Saturday’s] pace we were more worried [whether] we could take the fight with them today too. We were able again to do it today and I expected a bit more from them today.

Ferrari team principal Mattia Binotto says the team will bring more test parts to this weekend's race to help understand "why some of the updates we brought to Le Castellet did not work as expected". #F1 #AustrianGP pic.twitter.com/FzGyLKj1bT

"The team deserved double points, that’s for sure. It’s clearly disappointing to lose six points, but it’s racing and there are rules. It doesn’t take away from the fact the battle between Lando, Kimi and Nico was a lot of fun."

The right side of history (Haas)

"I don’t think anymore about the tyres – if they work or not, I always wait for Fridays. Then I get a little bit closer to knowing what they’re doing, but we have no confidence in saying when and where they’ll work on our car."

"This year, our race finishing record has been good, but it would be complacent to ignore the fact that for two weekends in a row now, our mechanics had to perform the equivalent of 'open-heart surgery' on our cars."

"The mayor believes it should be possible to organise a race in London in the future and has asked his team to explore options with F1."

Ricciardo’s performance coach: 'There always has to be time to learn and rest' (The Paddock Magazine)

"When we’re away, we already have a program, and I check with him all the time. I track his sleeping and training patterns, and even if we’re in different continents, we chat every day."

Magnus argues it’s time for Formula 1 to become more of a ‘spec series’:

Sometimes I wonder if F1 today has reached a form of perfection. Cars are extremely reliable, and there are signs that ‘largest corporate budget’ will have a massive advantage. This is not likely to change. So perhaps it is time to think about where to go from here.

It seems to me the large corporate motor industry has decided to go electric anyway. This is also what governments want. So the ‘development side’ of racing will be more likely to take place in Formula E in the future.

There would not be much more development of the ‘combustion engine’ anyway (or even hybrids).

Bearing this in mind, perhaps it is time for F1 to morph into a spec series similar to IndyCar.

Personally I would like to put forward the idea of F1 using spec V10 engines (and/or V8/V12) and also a spec chassis. Massive savings – meaning opportunities for new teams to enter.
@MagnusRubensson