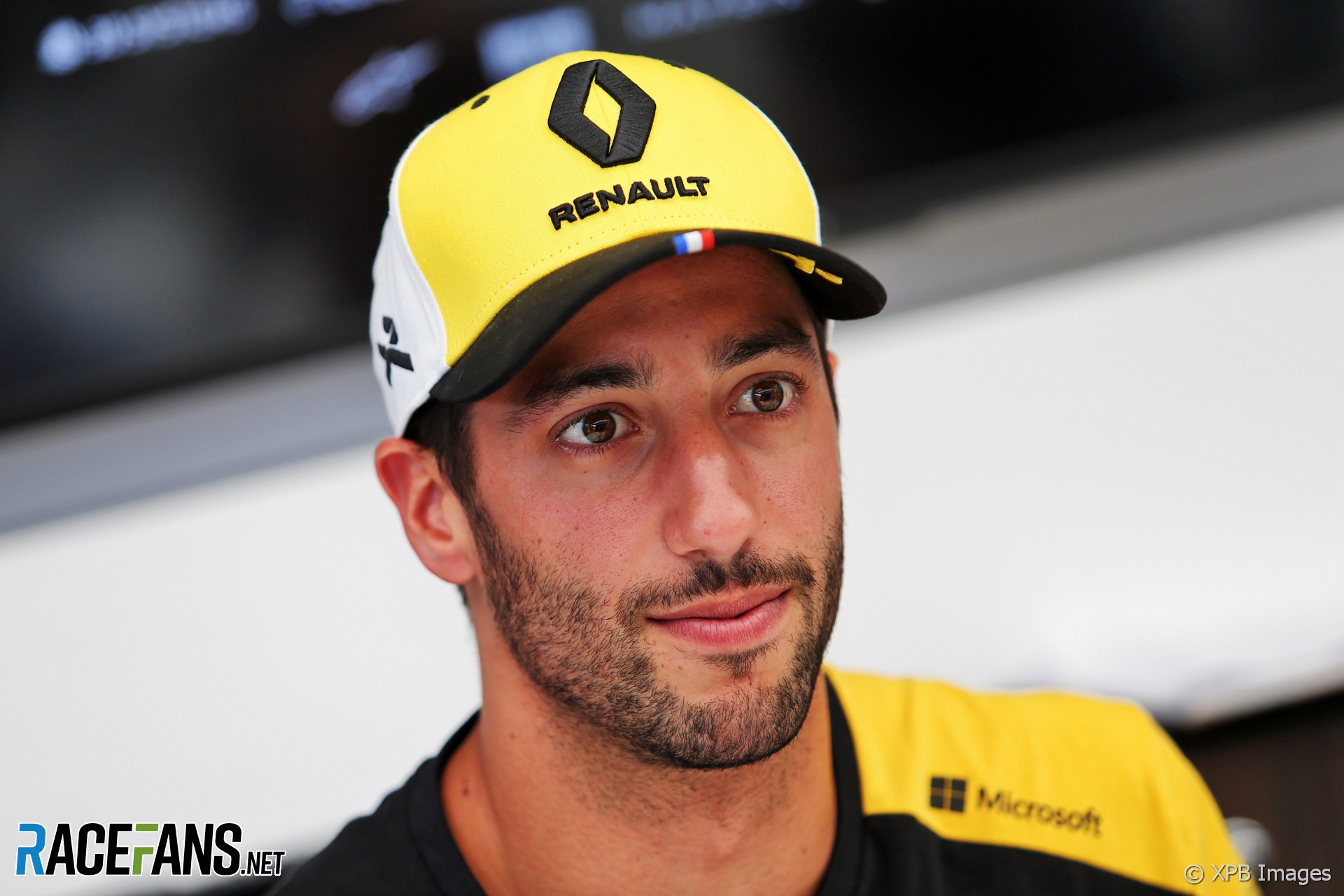 Daniel Ricciardo said he agreed with one of the two penalties he was given after going off-track twice on the final lap of the French Grand Prix.

The Renault driver admitted his five-second time penalty for going off while passing Kimi Raikkonen was “slightly inevitable if I’m really honest”. However he took issue with his second penalty, for forcing Lando Norris off the track after he went off at the chicane.

“I would treat it as like one incident not two separate ones,” said Ricciardo. “I think to be honest the Lando one is the one I don’t necessarily agree with because I think if anything it kind of slowed us all down. I don’t think I gained an advantage what I did with Lando.

“I think the Kimi one you would say sure, I went off-track to make the move. But with Lando I don’t think it was like that. If I was is in someone else’s position like Kimi’s position, sure if I got passed off the track then I would’ve said ‘Hey what’s going on?’ I just don’t know why it was treated as two separate incidents, that’s all.”

The stewards said they “reviewed the case to see if it was a continuation of the previous incident” and ruled “Ricciardo clearly had regained control of the car following his incident with Norris and the pass off-track was a separate incident.”

However Ricciardo said it was “harsh” to give him two penalties. “I get one and I get why they needed to do one because otherwise it’s like ‘well, he’s off track everyone’s going to complain what’s the rules for?'”

The combined effect of the two penalties left him outside the top 10. “I just thought to drop me out of the points was too harsh. With the one I would have jobs already to tenth. So give me one point for trying.

“Nothing against [Pierre] Gasly but he wasn’t in our battle at all and then he kind of steals the point. It’s like, I didn’t think that justified it. But it’s all good, I got over it pretty quickly.”