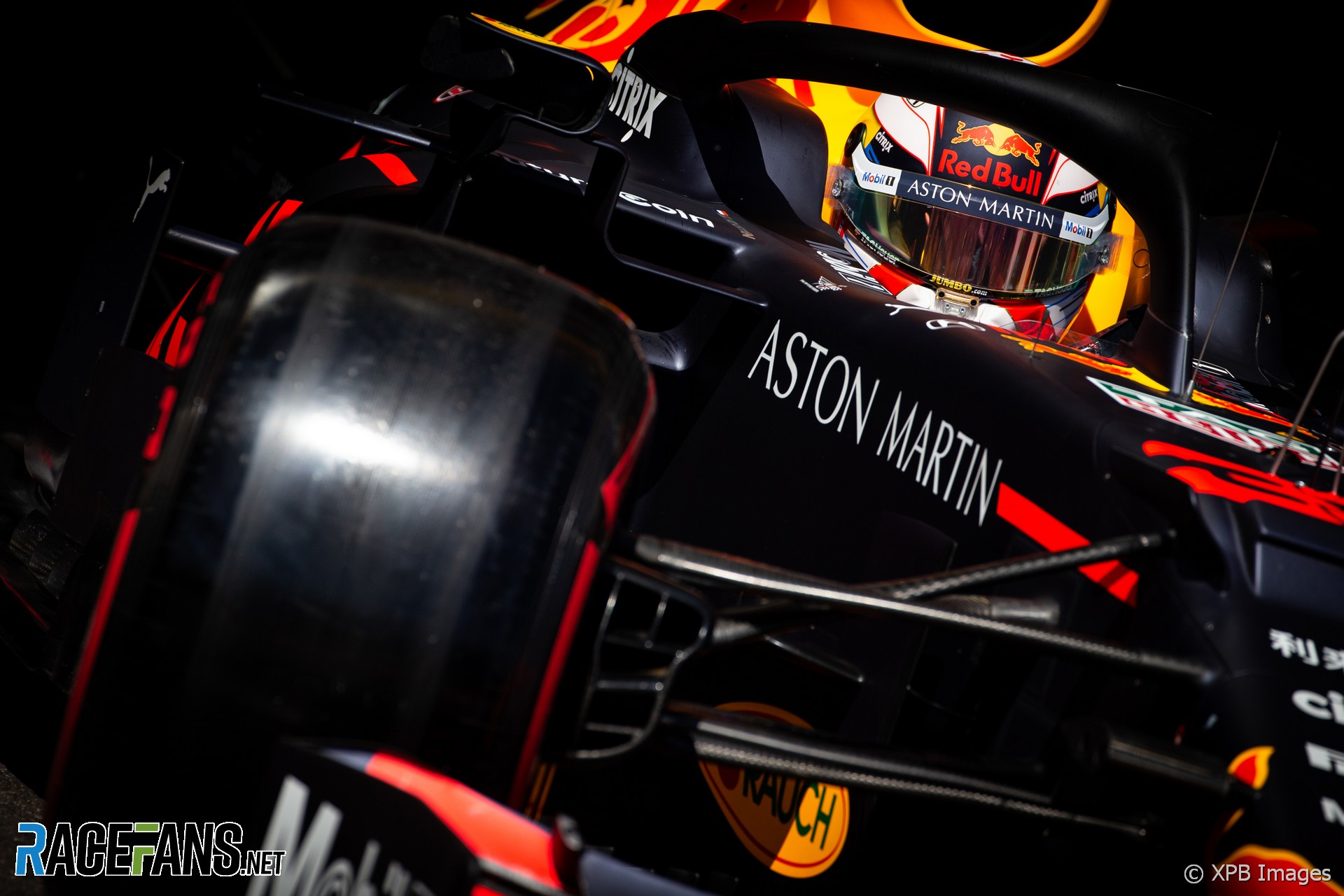 Max Verstappen says the poor quality of racing in Formula 1 is not just due to car design but also tyre performance.

Fresh questions over the quality of racing in F1 have been raised after the French Grand Prix was widely criticised for being processional.

A drastic overhaul of F1 car design is planned for the 2021 season in order to help drivers follow each other more closely. But Verstappen believes F1 needs to examine tyre performance as well.

“Of course it’s great to set lap records and stuff. But [if] maybe only going one or two seconds slower we can at least follow each other a bit closer that would be great.

“But I think that’s also not purely car-related. Also the tyres, if you are really close to someone for two or three laps they overheat too much and you start sliding too much. So most of the time you also just back out. Which anyway you know if you stay there you [will] have to pit earlier so it compromises your whole race.

“So it’s a combination of both the car where we need to find a different way of creating the downforce but then running closer to each other, and then the tyres, we need to do a better job on that so hopefully we can support Pirelli in that.”

Verstappen also thinks the performance of F1’s four power units needs to converge further. “At the moment still the differences between the engines are too big. If we can also close that up a little bit by making it not that complex. I understand we have to stay with hybrid engines but I think it can be done in a better way.”

Lewis Hamilton and Nico Hulkenberg attended an FIA meeting over the 2021 regulations before the French Grand Prix. Verstappen says his rivals in the Grand Prix Drivers’ Association are all behind similar changes to improve the quality of racing.

“In the GPDA now all the drivers are together anyway, we do talk about it already. I think it’s not necessary that all 20 drivers go in there because at the end of the day if we all share the same ideas maybe we only need two or three to be there.

“But also like Ross [Brawn] said with Lewis if he can represent all 20 drivers together, maybe with two other drivers together, then it’s a good thing because at the end of the day we are driving the cars so we actually feel what’s going on while racing so the engineers of course they design everything but they don’t get to feel what we feel while driving.”

23 comments on “Verstappen: Poor racing in F1 due to tyres as well as cars”