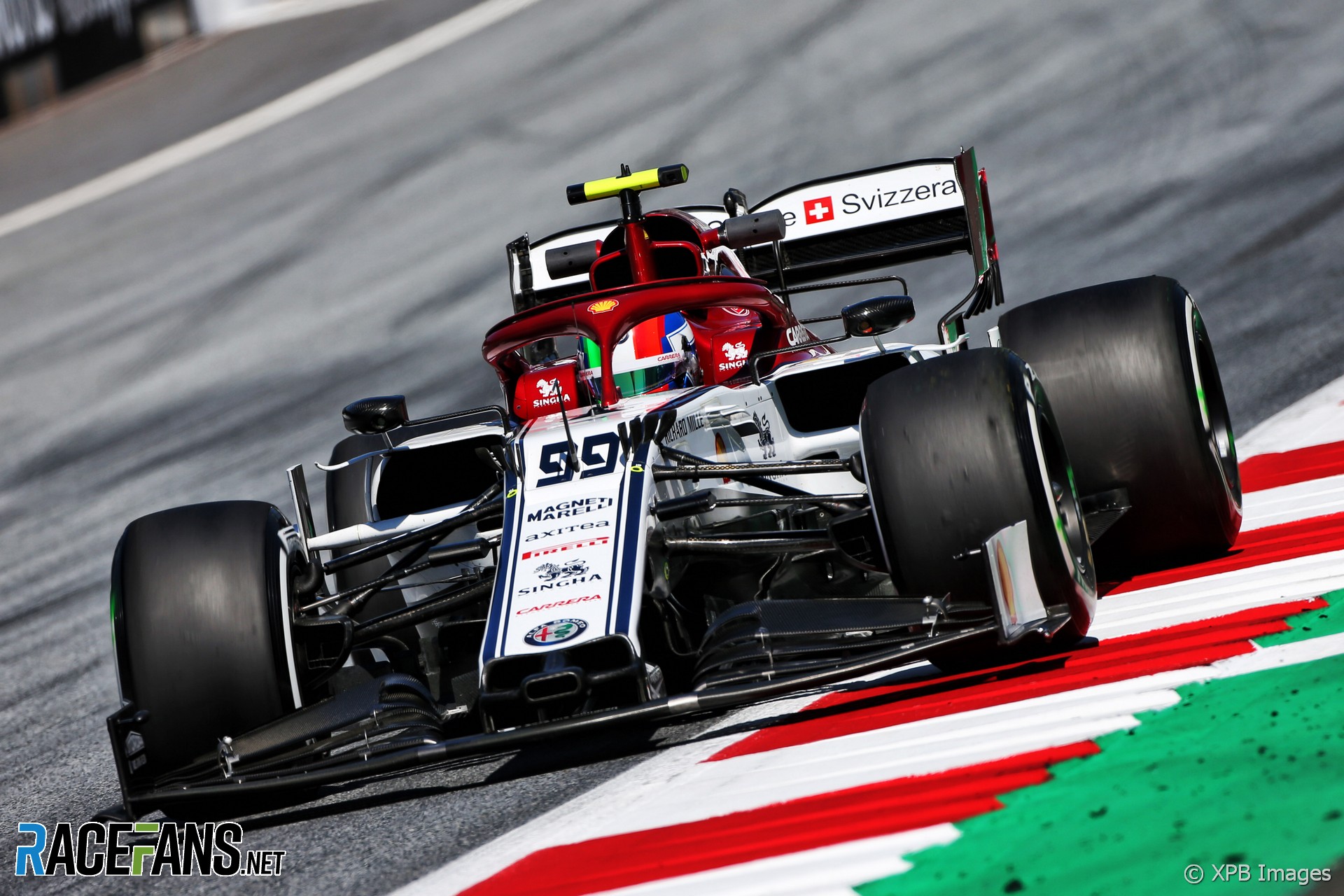 Alfa Romeo have been fined €5000 after the team was found to have used excessively cool fuel in Antonio Giovinazzi’s car.

The FIA found Giovinazzi’s fuel was more than 10C below the ambient temperature, the minimum limit specified by the rules, during second practice. As the offence occured in practice, the stewards chose to levy a fine on the team.

Alfa Romeo’s fuel was found to be “more than 13C below the ambient temperature recorded by the FIA appointed weather service provider one hour before the second practice session,” the stewards noted.

“The team representatives acknowledged that the temperature was below that required under the Technical Regulations. Given that this infringement occurred during [second practice], we impose the fine set out above.”