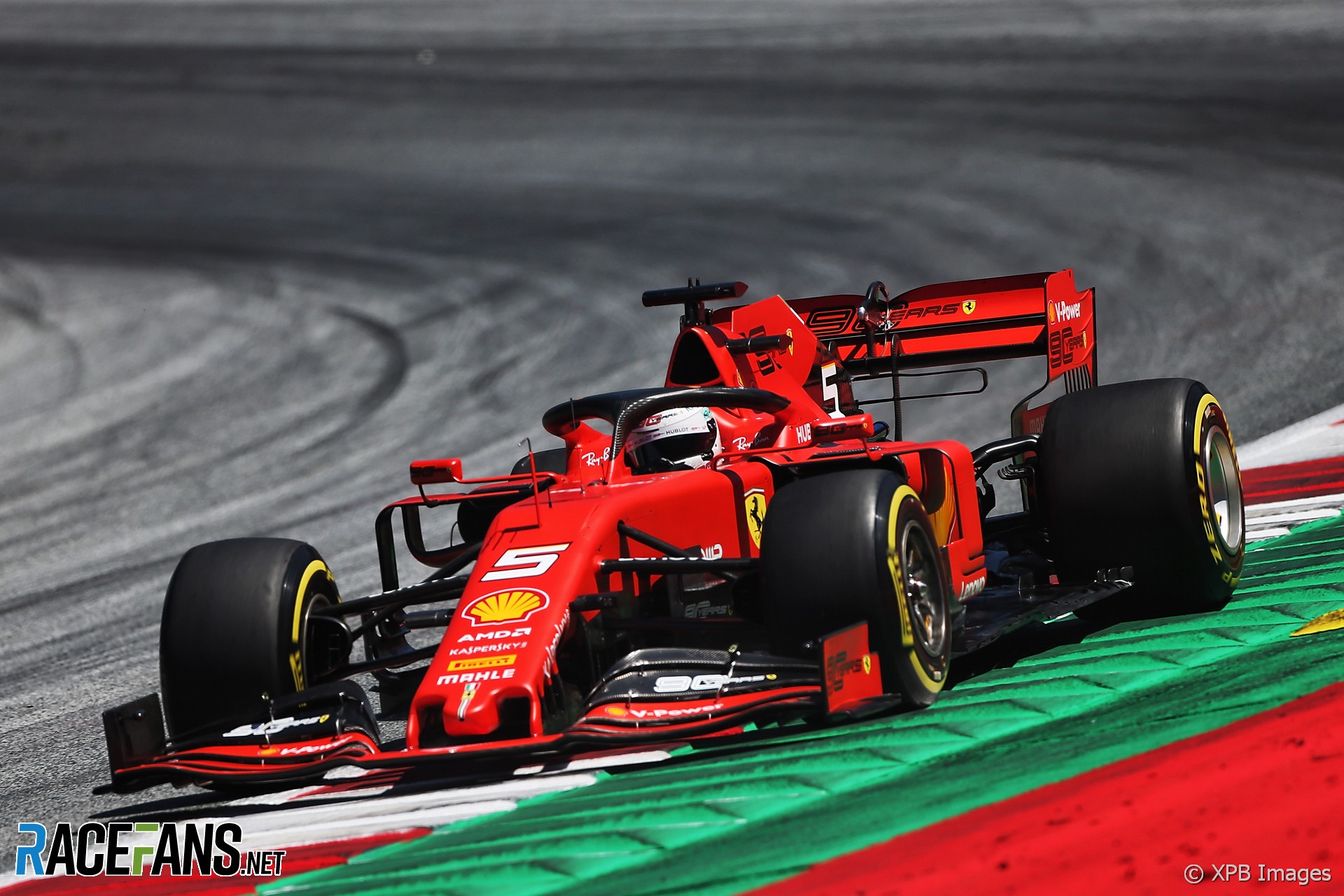 Lewis Hamilton is wary of a potential threat from Ferrari at the Austrian Grand Prix, saying they could be slightly quicker than Mercedes.

“I think today’s shown that they’re either with us or slightly ahead of us,” said Hamilton after Friday’s two practice sessions.

The compact nature of the Red Bull Ring makes it harder to judge the performance of each car, says Hamilton.

“It’s one of those circuits where it’s very, very close. If you go, for example, to Brands Hatch it’s the small tenths that make a difference so it’s quite packed at the front.

“I think the Ferraris have generally been very quick on the straights, I think Red Bulls have picked up their pace on the straights with their new engine, I think they’re doing great. It’s definitely going to be a real challenge.”

Ferrari took pole position in Canada three weeks ago but it’s their race pace which has caught Hamilton’s eye.

“The Ferraris have been quick all year in the straights for whatever reason and it doesn’t seem to be hampering them in the corners. So it’ll be interesting.

“[On] the race runs they’re usually not as strong, but I think today they were quicker than us. But it’s OK, we’ll keep fighting. It is a track that you can follow closer at least and hopefully the tyres are durable to be able to do that.”

Hamilton said he had a “clean day with no major issues” although he “broke the wing a couple of times” while running wide. “I think a lot of people were doing that on the kerbs,” he said.

“I don’t know if we’re faster than we were here last year but it feel incredible. You’re flat out for a large portion of this lap. You’ve obviously got a couple of slower corners like [turns] one, three and four, otherwise it’s super-fast. Turn six, seven is like a small lift, nine – it’s ridiculous how quick we’re going through nine and then again the last corner which drops away.”

22 comments on “Hamilton: Ferrari stronger than usual over race stint”