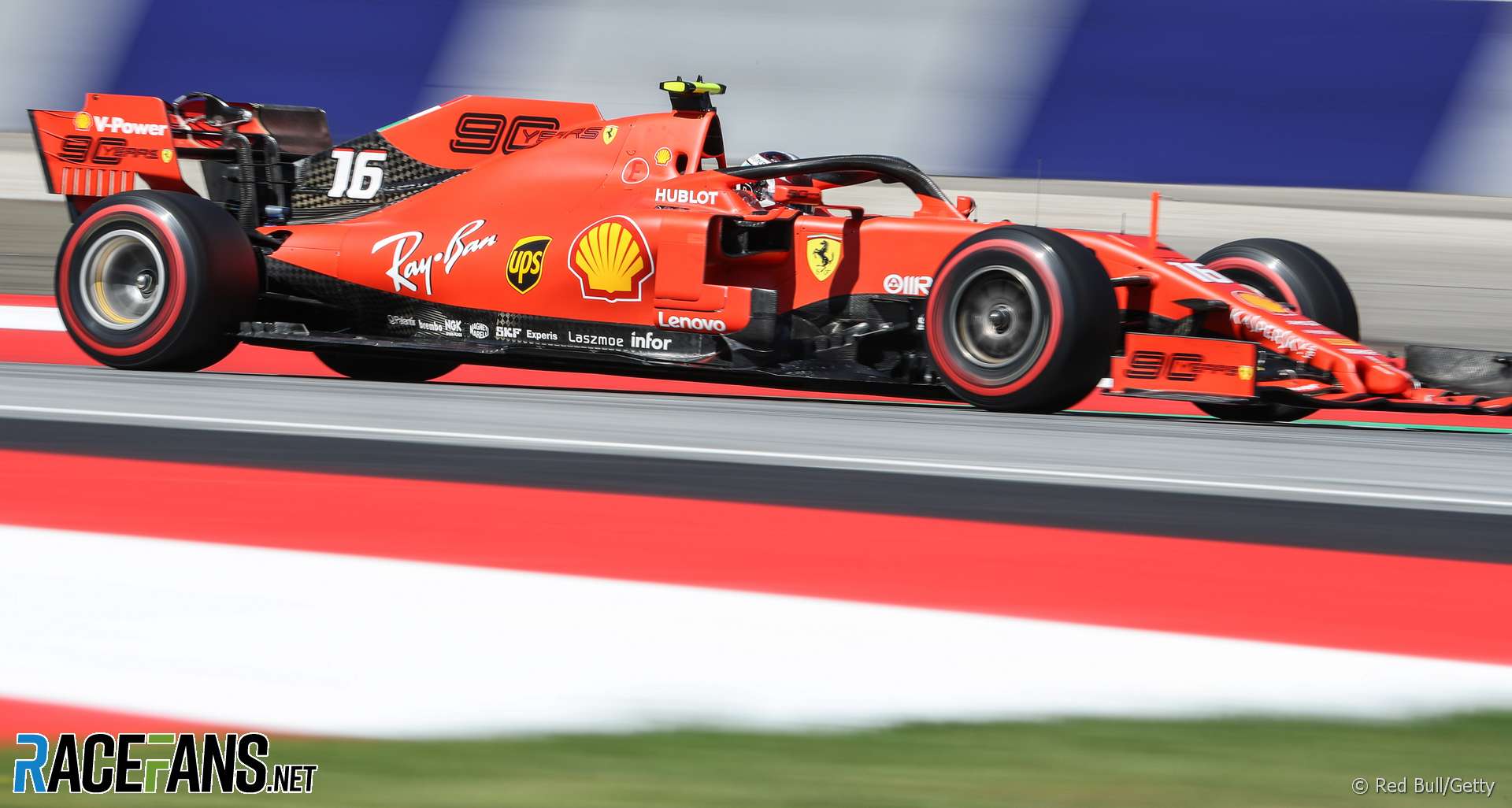 A hectic second practice session at the Red Bull Ring, which saw one of each of the cars from the top three team have major ‘offs’, two of which resulted in crashes, has added some welcome intrigue to the weekend.

The disruption to the qualifying runs has left the competitive order not entirely clear. And while Mercedes and Ferrari are predictably disagreeing over which one of them is ahead, the consensus between them is that Ferrari are in better shape. For those hoping for a better race than we had at Paul Ricard, it’s an encouraging signal.

The mere fact of a lap of the Red Bull Ring being measured in a little more than a minute also serves to close the field up, and threatens to severely punish anyone who slips up in qualifying. The first order of business for the front-runners will be qualifying on the more favourable medium compound tyre for a race in which ambient temperatures are expected to reach 32C.

“The top teams are not going to qualify on the soft I think,” predicted Romain Grosjean. “It just feels very hard when it’s that hot. I think the medium is quite competitive as well so if you have the choice I believe you’re going to go medium.”

This carried an inevitable risk with it on a track which is so crowded during qualifying. But it’s one the front runners are likely to feel confident about taking, as Pirelli motorsport director Mario Isola explained.

“Looking at the lap time today with 13 cars in less than one second it could be tricky [to get through on mediums] because the delta is roughly 0.7 [seconds]. So it could be a risk to try.

“But if the degradation of the soft is high, as I expect, with this condition they will try at least one run on the medium then they wait and see what happens.”

With the Ferrari drivers professing themselves happy with the team’s progress, this could prove a two-team fight for pole position, and not just between the multiple champions. Charles Leclerc has been talking a lot about how much happier he was with his approach to qualifying in France, where he out-qualified Sebastian Vettel for only the second time this year.

As for Valtteri Bottas, he suffered a disrupted day on Friday. The number 77 car lost some running in first practice due to an engine change, had another engine change before the second session, then went in nose-first at turn six. However Bottas has good form here, and will be gunning or his third consecutive podium at the track on Saturday.