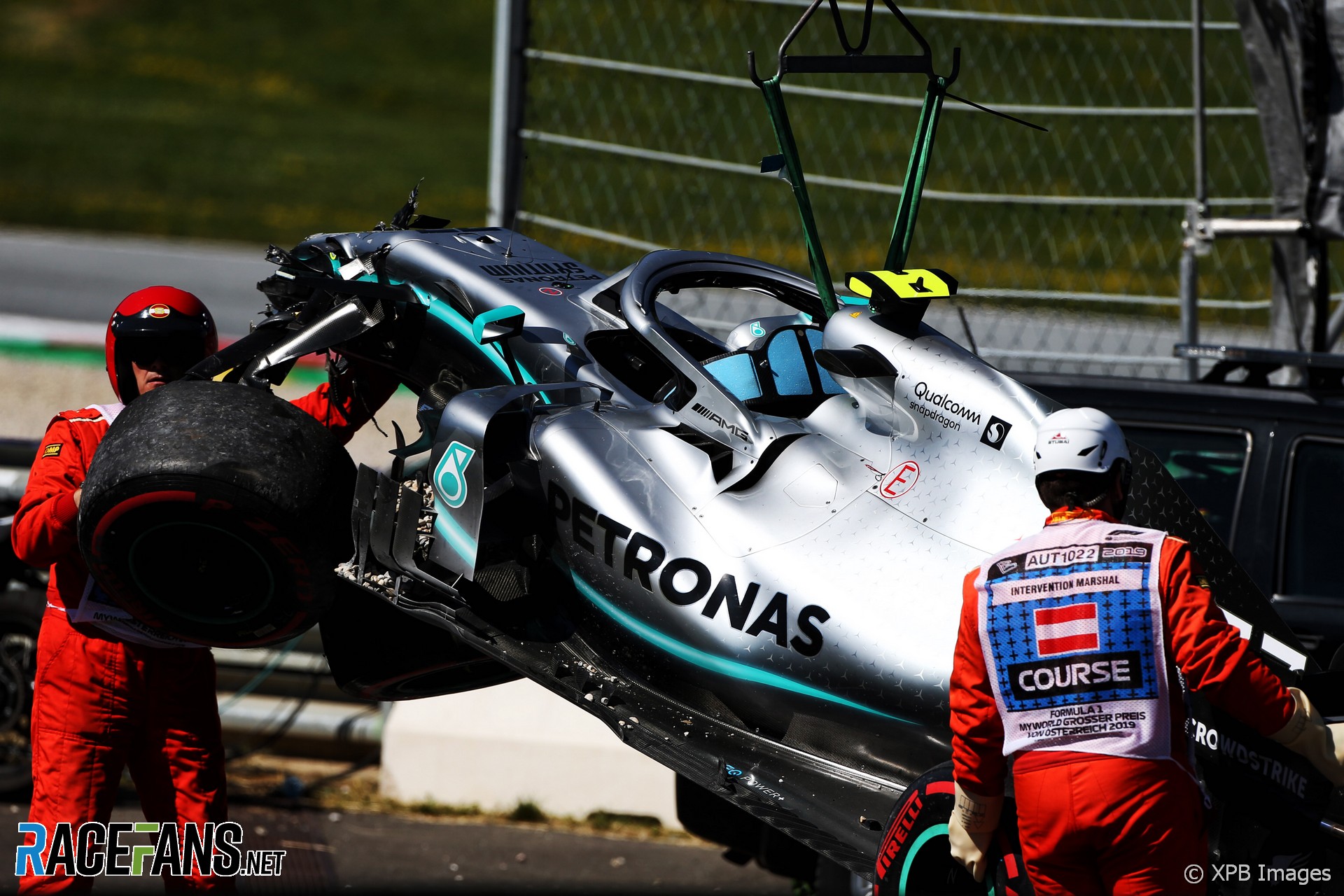 Charles Leclerc led the way for Ferrari in a disrupted second practice session as Mercedes and Red Bull lost a car each to crashes.

Max Verstappen spun his RB15 into the barrier at turn 10 just as drivers were beginning their qualifying simulation runs. The Red Bull driver was still running his medium compound tyres at the time, but Sebastian Vettel had gone out on a set of softs and had to abort his run as the red flags came out.

Verstappen lost the back end of his car at turn 15 and went into the barrier rear-first, causing substantial damage to the Red Bull. Within a few minutes of the mess being cleared up the track was clear and the drivers headed out once more.

But another crash soon brought the session to a halt again. This time it was Bottas, who tried to catch a mid-corner snap at turn six, but ploughed into the gravel and on nose-first into a barrier. He too was unhurt, but again the session had to be stopped so the car could be cleared away.

By now the teams were running out of time to conduct their race simulation runs and several drivers had been forced to abort qualifying simulations. Charles Leclerc found a clear run to lower his best time to a 1’05.086 to head the session, though he was two-tenths of a second off the quickest lap from the morning’s running. Leclerc was also briefly investigated for an incident involving Antonio Giovinazzi, but was cleared.

Incredibly, Leclerc’s team mate Sebastian Vettel almost joined Verstappen and Bottas when he spun off at speed in the final corner. But his Ferrari stopped just short of the barriers, and he toured slowly back to the pits on badly damaged tyres.

Bottas’s best effort therefore stood as the second-best time ahead of Pierre Gasly. Lewis Hamilton was fourth after going wide at the final corner, and Carlos Sainz Jnr cut a rut through the turn six gravel on his way to the fifth-fastest time.

22 comments on “Leclerc quickest as Bottas and Verstappen crash”