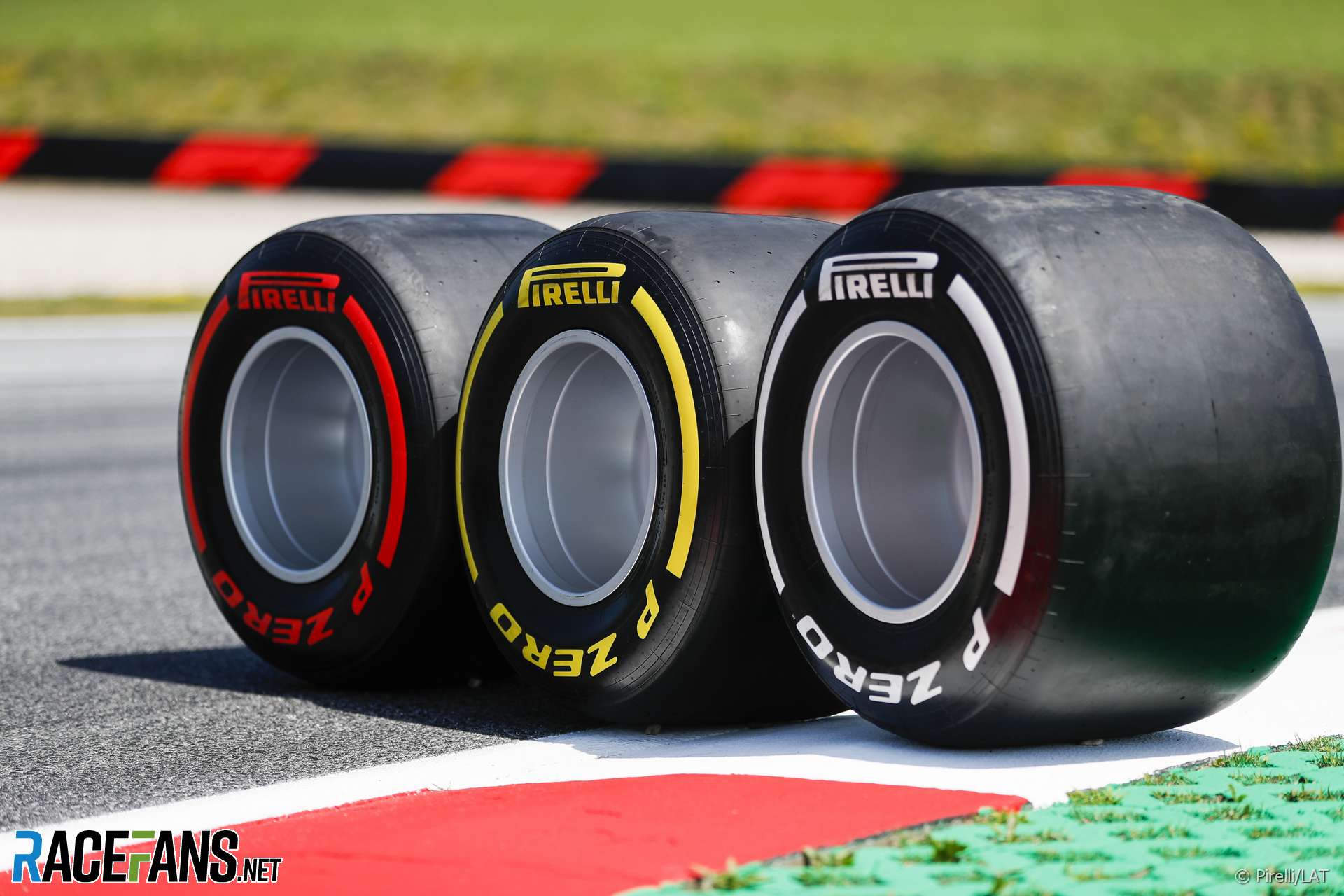 A plan to bring back F1’s 2018 tyres was widely debated on Thursday as the teams assembled in Styria for the Austrian Grand Prix. @DieterRencken brings the latest from the track.

Back-to-back races mean a run of early starts, and after just two full days at home I’m up and ready to depart for the 6:45am flight from Brussels to Vienna. Traffic is light, and I comfortably make it to the airport in time for boarding. The only glitch is that the airport’s security systems again spells ‘Random Check’ as R-E-N-C-K-E-N: I’m stopped and searched, as I’ve been during virtually every pass through the airport this year.

Landed and rental car collected. Rather than fly to the nearest airport to the Red Bull Ring, Graz, landing at Vienna is more time and cost-effective. That said, flying to Graz would have spared me a two-hour drive in sweltering 35C temperatures. I could fold the roof down on my Fiat 500 cabrio, but I don’t fancy nursing scalp burn for the next few days.

Arrive at circuit – ahead of first interviews and our customary greeting: An enormous sign of a man holding a banner that reads ‘Welcome RaceFans’. Thanks for the warm welcome!

The media centre offers unparalleled views, with the added benefit that Red Bull goes out of its way to ensure the media is kept fed and happy. The ground floor has a full restaurant serving a choice of salads, mains and desserts. I enjoy a chicken curry followed by berry mousse and the obligatory can of Red Bull, albeit bitter lemon-flavoured. 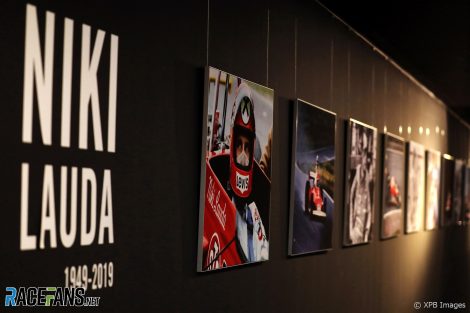 Head through the under-track pass, and am pleased to see that not only has a wall been dedicated to legendary F1 driver Niki Lauda through a collection of 34 photos that tastefully chart the triple-champions’ life, but that a Ferrari 312T of the type which the Austrian hero won his 1975 world title is on display in the paddock.

At the driver interviews Pierre Gasly proves rather evasive when I ask whether he’s concerned that Red Bull may demote or dump him unless his form improves dramatically, as occurred with other drivers from the stable in the past. Reading between his words it’s clear that he is.

During my wanderings I hear that a meeting has been called for 9am Friday to discuss whether a return to 2018-spec tyre construction and compounds will ‘spice up’ the show. In my opinion this is akin to changing the tennis balls midway through a Wimbledon Final simply because the score is 6-0 6-0.

If one team can make the tyres work sufficiently to win eight races on the trot, so should the rest, including Ferrari – the team receiving the largest bonuses – and Red Bull, whose handicap would seem to be a lack of (Honda) power, rather than tyre degradation. (Unsurprisingly, on Friday morning word filters through that there will be no change.) 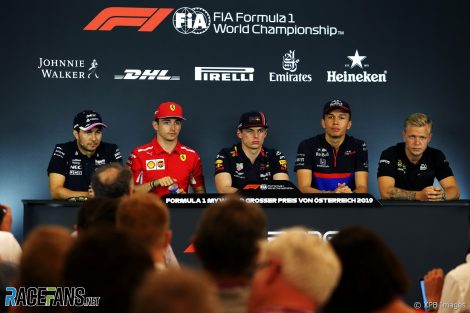 At FIA press conference drivers are split on the both the questions of changes to tyre specifications and their roles in the rule-making process. The sport is in a major muddle primarily because of its tripartite governance structure – FIA, Liberty and teams – and now the drivers are hopeful of adding their voices. What next? Granting marshals and programme sellers the vote?

For my money, Max Verstappen makes the best comment during the debate: “Maybe it’s just better to leave out all the teams from the discussions, and just say ‘these are the rules and you deal with it’.” 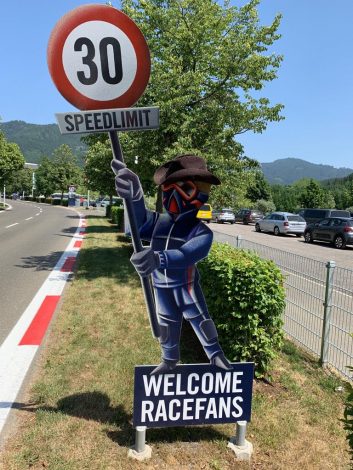 Despite the obvious pressures on himself and Ferrari, Sebastian Vettel is surprisingly chipper, telling us how much he loves this circuit but that it could be slightly longer, then grinning broadly as he explains his nitpicking verdict on the Austrian track: “I’m German, so need to find something to criticise…”

A visibly relaxed Lando Norris – quite changed from the driver who admitted to serious pre-debut nerves – is all smiles as he fields questions on his excellent drive in France. Clearly the race has driven home to him what a bright F1 future he has.

First day at the Red Bull Ring done, I pack up and head for my B&B, situated in Rachau, around 10km from the circuit. It’s cheap and cheerful, and beats commuting from Graz. One of the downsides of rural circuits such as this one, plus Paul Ricard and Silverstone, is the sparsity of accommodation choices, and what there is tends to be on the pricey side for mere hacks. Thus, when one finds a good place, one sticks to it.

It’s too early for a sit-down meal and I have no desire to head out again after check-in – plus there’s a vicious thunderstorm on the way – so I grab a take-out from a burger bar, finally get the car’s roof down while it’s still dry and thoroughly enjoy a relaxed drive along some quaint country roads on a warm summer evening. Life is good.