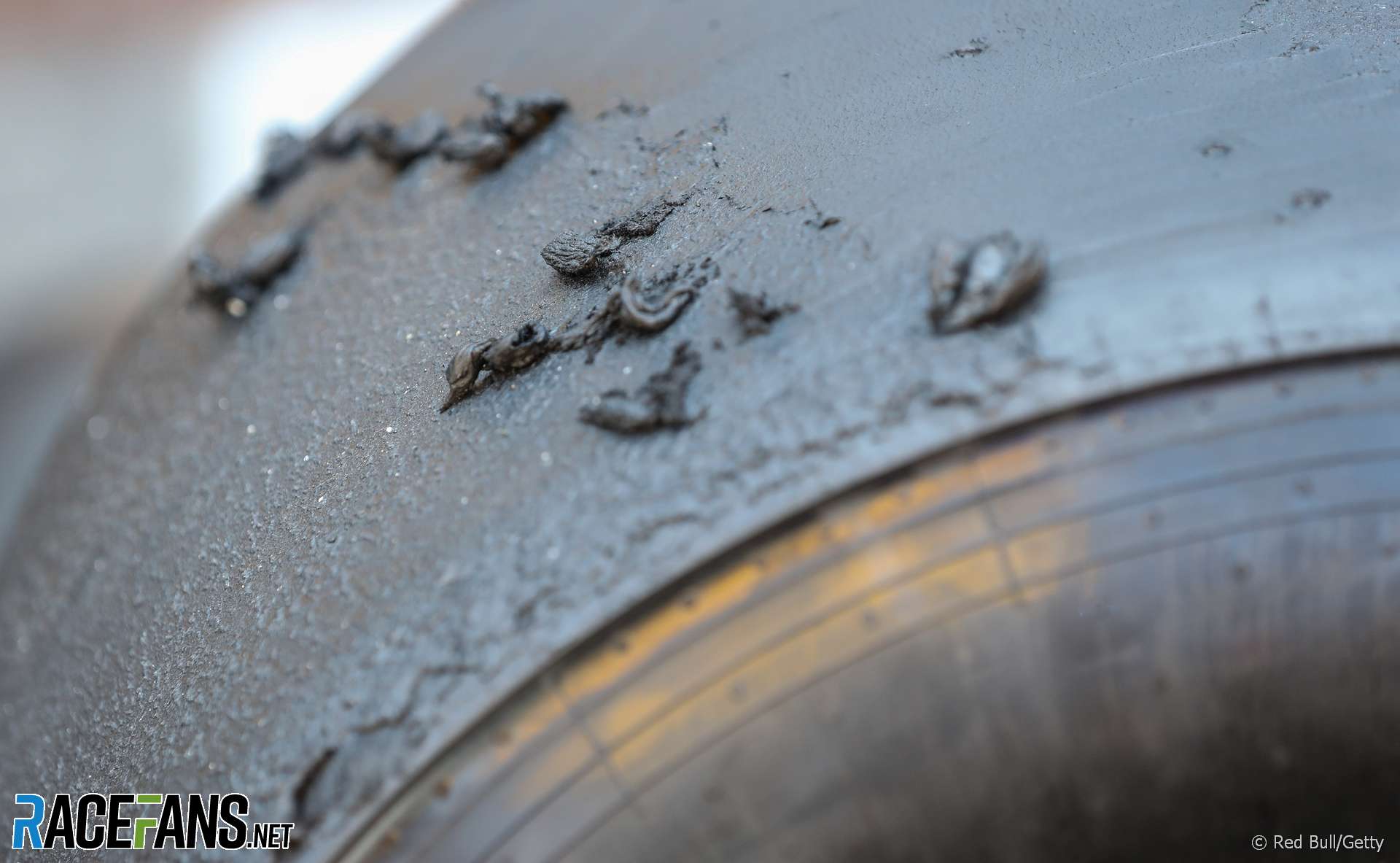 Pirelli motorsport director Mario Isola explained why he did not support moves by some teams to bring back the 2018 tyre specification.

The sport’s official tyre supplier met with the teams and representatives of FIA and FOM today. However a vote of the 10 teams failed to produce the necessary majority of seven in favour of going back to last year’s rubber.

Some teams called for this year’s rubber to be dropped in the hope it would reduce the advantage of Mercedes, who have won all eight races so far this year. However Isola said dropping the thinner-tread 2019 rubber in favour of the thicker tyres, which were used at all bar three races last year, could have jeopardised safety and made the racing worse.

“In Barcelona pre-season tests last year, with the new Tarmac, we had a lot of blisters,” he explained. “A big extension on the tread, pieces of the tread missing and the construction exposed.

“In that case it is a safety concern. That’s why we send our request to the FIA to modify the specification for three races and the request was approved by the FIA. So it was not just a request from Pirelli but the FIA analysed their request and said ‘yes, you are right, the evidence that you provided [is] good so you are authorised to do that’.”

Isola pointed out that some minor blistering was encountered during last week’s race at Paul Ricard, a problem which could have been much worse with last year’s tyres.

“In Paul Ricard that the lap time during the race but in quali was a lot faster than the previous year,” said Isola. “So that means that the level of energy that you put into the tyre is higher than last year, so the tyres are working well. In Paul Ricard after the race we recorded 23 blisters, but very small.

“The blisters that we had in Paul Ricard but is not dangerous but it is telling us that the current cars are very fast and they are putting a lot of energy,” he added.

“So if we go back to last year’s tyres we have more blisters, we have more overheating, we have drivers that cannot attack and cannot push. So the show could be even worse. That was my consideration.”

Isola remarked it was “very strange” some teams should push to revert to the 2018 tyres at the Austrian Grand Prix, where 12 months ago some teams experienced blistering on the 2018-specification tyres.

“Last year the main complaints were blistering. In Austria we had blistering. But in the second half of the season, with the improvement of the cars, it became even worse than here.”

“We can discuss if this change [would] change the balance of performance across the teams or not,” he added. “I have an opinion on that. But technical facts are what I told you: Increased overheating, increase of blisters.”

17 comments on “Pirelli: Going back to 2018 tyres could be bad for safety and racing”