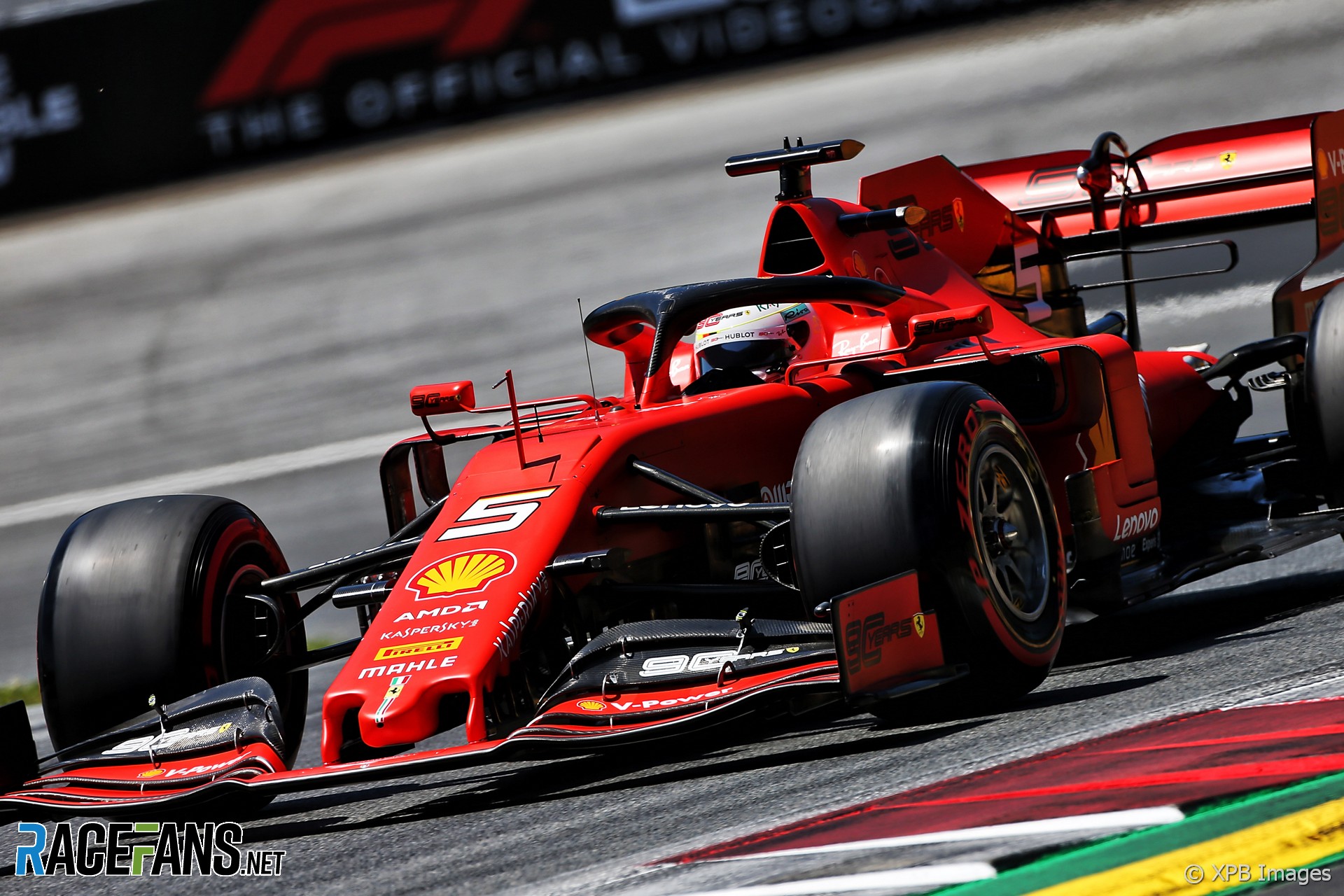 Charles Leclerc has taken his second career pole position in qualifying for the Austrian Grand Prix.

He will share the front row of the grid with Lewis Hamilton,unless the world championship leader is given a penalty for an incident in Q1 involving Kimi Raikkonen.

But Ferrari missed out on a potential one-two after a technical problem prevented Sebastian Vettel from running in Q3.

“Whoever that was, it’s a penalty” fumed Daniil Kvyat at the end of Q1. George Russell was the focus of the Toro Rosso driver’s ire. Kvyat had caught the Williams at turn nine as Kvyat neared the end of his final flying lap. It forced Kvyat wide, ruined his last chance to reach Q2, and left him out.

Kvyat, the only one of the two Toro Rosso drivers not carrying a grid penalty, was understandably unhappy. So too was Kimi Raikkonen, who felt he was held up by Lewis Hamilton on one of his early runs, though unlike Kvyat and Russell both of them made it into the next stage of qualifying. This too was noted by the stewards.

Both Racing Point drivers also missed the cut for Q2 – Lance Stroll continuing his run of failing to make it beyond Q1 in every session this year.

Among the front-runners, some of the usual suspects took medium tyres for their flying laps in Q2, believing that will be the preferential strategy for the race. Both Mercedes did, as did Max Verstappen but not Pierre Gasly, who continued his trend for preferring the softer tyre to maximise his chance of reaching Q3.

However Ferrari shunned the tactical approaching, fitting softs to both cars. Charles Leclerc led the way after their runs, edging Sebastian Vettel by two-tenths of a second.

Hamilton went out for another run on the same compound but was unhappy to find himself without the assistance of a tow from a car ahead of him. “We aren’t fast on the straight,” he reminded race engineer Peter Bonnington. He made Q3 without difficult, however.

In fact the final runs made no difference to the names in the top 10. Kevin Magnussen, holding 10th, slid off on his lap while several of the others were queued up behind him. This meant all the drivers behind who could have beaten his time had to back of for yellow flags, and Magnussen proceeded to the final 10.

Magnussen, who has a five-place grid penalty for the race due to a gearbox change, therefore proceeded to Q3. His team mate dropped out in Q2 along with Nico Hulkenberg, who has a 10-place penalty, and two drivers who will be relegated to the back of the grid: Alexander Albon and Carlos Sainz Jnr.

Leclerc’s chances of taking pole position were given a boost when his team mate hit trouble. Vettel hadn’t done an extra run at the end of Q3 and the reason became clear as Ferrari mechanics crowded around his SF90. A problem with the air pressure line to the engine had been discovered, and as the minutes ticked down Ferrari gradually realised Vettel would be unable to take part in Q3.

That left Leclerc on his own, not that it put him off his stride. He lowered his best time with both efforts, and established a new track record of 1’03.003 has he claimed the second pole position of his career.

Hamilton was on the back foot after his first run. He led the Mercedes cars and the rest of the field out of the pits to begin with, and without the benefit of a tow he could only managed the fourth-fastest time behind his team mate and Verstappen.

When it came to the final runs Hamilton hesitated briefly as he left his pit box and his team immediately pounced on him for the delay. “Lewis we can’t wait on time, get going, get going,” came a voice from the pit wall. He got on with it when he joined the track and was quickly told his out-lap time was “safe”.

This time he had cars ahead of him, however, and that gave him the vital extra boost he needed to claim second place on the grid. Verstappen pulled off another great lap to split the Mercedes, putting his Red Bull third on the grid. But Gasly disappointed again, ending Q3 ninth, though he had complained about power delivery problems earlier in the session.

They were separated by Magnussen (whose penalty will relegate him and elevate Vettel), Norris and the Alfa Romeos, Raikkonen prevailing between those two by a mere 0.013s.

43 comments on “Leclerc on pole, Vettel out of luck, Hamilton under investigation”