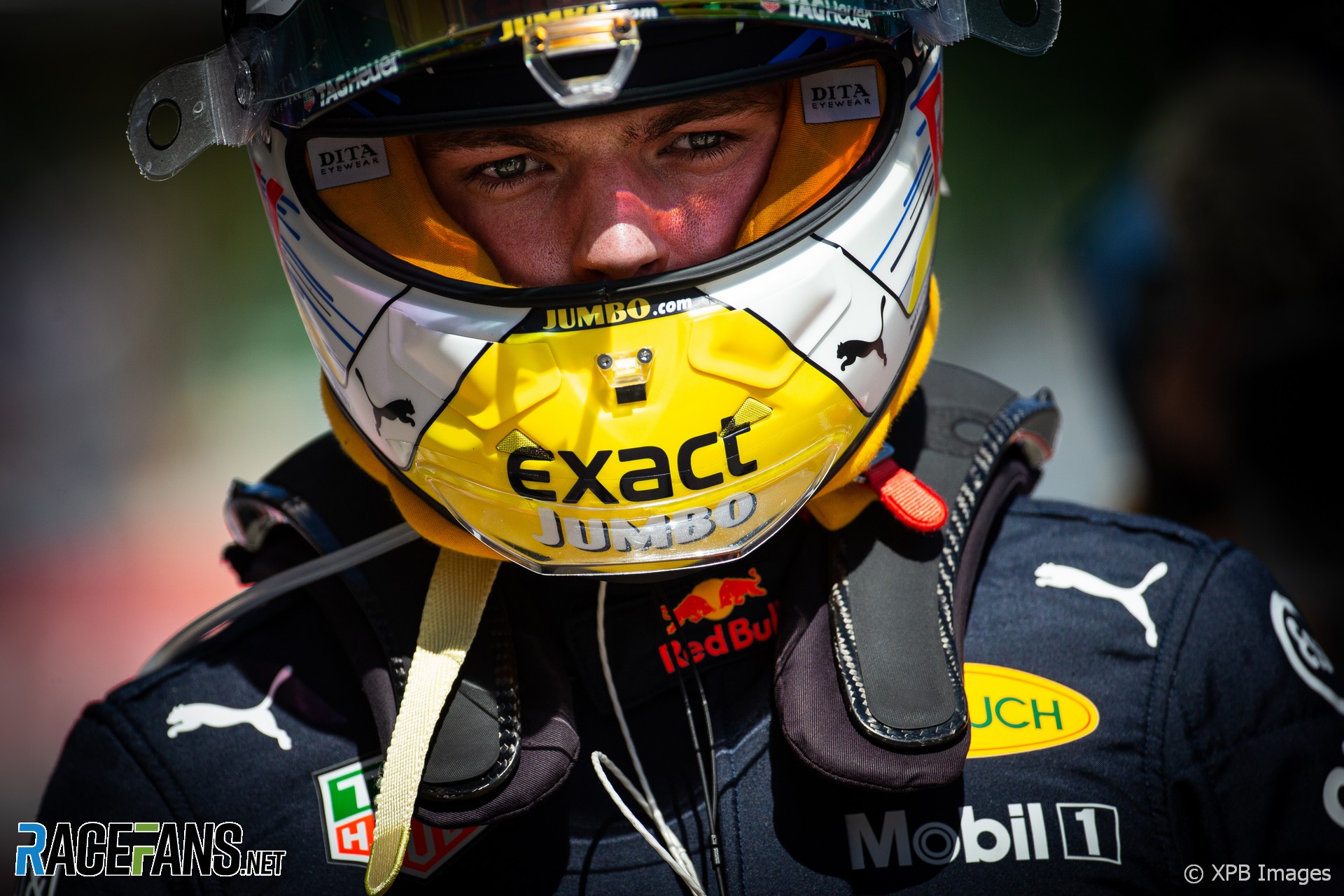 What was really behind Red Bull’s efforts to bring back last year’s Formula 1 tyres, asks @DieterRencken at the team’s home track.

Awaken. For a split second I wonder where I am: even after 300+ grands prix – thus at least 2000 nights away from home with all other Formula 1 travel – there’s a strange feeling of disorientation until realisation hits that its Hotel ABC in Place XYZ for Grand Prix 123. And that it’s Friday, thus a slightly relaxed day.

Despite being on location I have some tedious paperwork to catch up on. That done I grab coffee and read the overnight news: It seems we departed Paul Ricard just in time, what with 43C forecast for Nice.

Although the mercury is expected to hit mid-30s here, at least nights are coolish (18C) on account of altitude and surrounding mountains. Indeed, during the drive down on Thursday, patches of snow were visible on mountain tops. 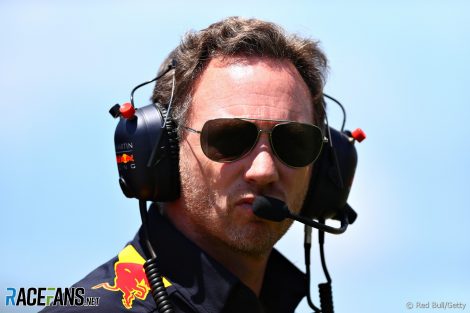 Head for circuit – today’s talk will, of course, be about tyres, whether F1 will (or not) revert to 2018 construction covered by 2019 compounds to ‘spice up’ the show. In other words, resort to desperate measures to stop the Mercedes steamroller. The chief lobbyist is Red Bull boss Christian Horner, who in Canada predicted that if F1 reverted to last year’s rubber “you’d probably find nine teams happy with that”.

I wonder whether this is driven by an (alleged) clause in Max Verstappen’s contract that permits him to exit the team if it fails to win a grand prix by the summer break. With Honda unlikely to deliver winning engines by the end July and Mercedes on a roll, why not ‘spice’ things a bit by introducing a variable, then dress it up as ‘good for F1’?

Mulling the outcome, I forecast the vote will split the teams down the middle: 5:5. Mercedes will (obviously) vote against change and its customer teams (Racing Point and Williams) will follow suit. McLaren has patently sussed the current tyres and team principal Andreas Seidl is on record they “are pretty happy with how the tyres behave this year”, so four against change.

The regulations call for 70 per cent in favour of change, so that ensures the vote will fail to produce a change, but will another team vote against? Would Renault rather be beaten by customers McLaren than by Ferrari- or Honda-powered rivals? Conversely Ferrari and its two customers (Haas and Alfa Romeo) will vote for change, as will the two Red Bull-owned Honda-powered teams, so either way still 5:5. 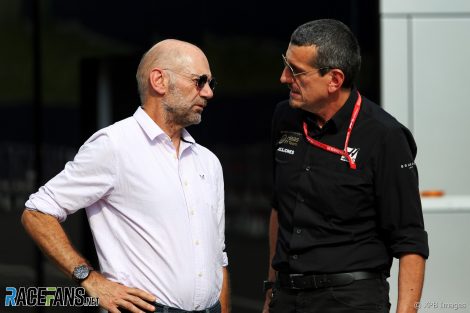 As I reach the circuit – despite special access for passholders the traffic is slow, primarily due to the number of coaches, mostly bearing Dutch registration plates. My WhatsApp pings: 5:5. It’s not just the on-track action that’s predictable at the moment.

Head for a full English breakfast at Williams. I watch the start of FP1 over a plate of scrambled and bacon, and marvel at the layout of the circuit, which follows natural contours. Any wonder it delivers close racing? Think of circuits that deliver real challenges – Austin, Budapest, Monaco, Spa and Suzuka – and all feature undulations.

Then consider Abu Dhabi, Bahrain and Shanghai: flat and featureless. Surely there’s a lesson in there? 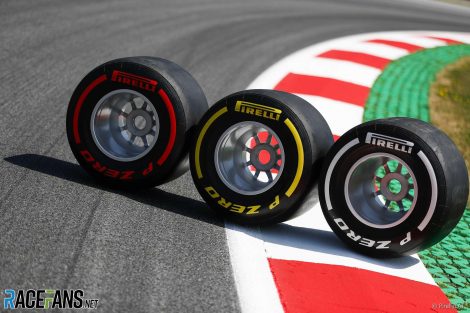 FIA press conference time and I ask why, if changing the tyre specifications is seen as a ‘silver bullet’, why not go for a tyre war? After all, different manufacturers would bring different philosophies to bear, making races more unpredictable.

“You are going to end up with the haves and have-nots with respect to tyres. Currently we all have the same tyre and we can all do the same job, up and down the grid. I think the team that does the best job with the tyres should be rewarded for that so I don’t think that’s the right way to go for the show, to be honest.”

“While I accept it will not happen in the foreseeable future – if ever again – I don’t buy the reasoning, for during the most recent Bridgestone/Michelin ‘war’, they covered most of the testing bills, while teams didn’t pay for tyres. And arguably the performance pendulum swung back and forward more than it currently does. 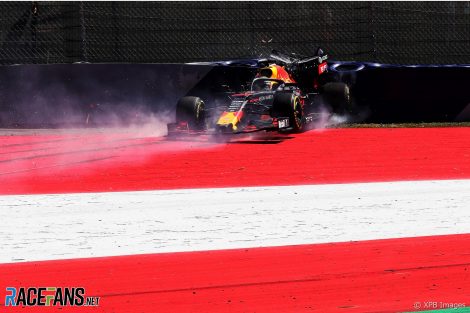 After FP2, notable for ‘offs’ from Valtteri Bottas, Sebastian Vettel and Max Verstappen (the latter’s crash prompting a mass exodus of his orange-clad followers) it’s time to hit the interview trail.

There’s a bit of gap before the sit-down sessions start, so I catch up with the German Grand Prix promoters. They reckon they’re on 55,000 race day tickets sold – and hope to hit 60,000 – but admit they won’t hit the heights of Zandvoort, which has started the ticket sales process ahead of next May’s event. The Dutch promoters hope to attract 100,000 punters on each of the three days, and if does exceed supply – as projected – a lottery system may kick in.

Based on today’s experience I can’t help but wonder how quickly that crowd would thin out if Verstappen bins his Red Bull on lap one. Still, the immense popularity Verstappen has inspired is wonderful to see, and reminds of the Schumacher era, when over 100,000 fans packed both Nürburgring and Hockenheim each year. Such is the power of special drivers from countries with a passion for motorsport.

Day done, I head for the Bachwirt Restaurant for outdoor dinner organised by Christoph Ammann, whose CAM company runs the security at all grands prix. If you’ve attended a grand prix you’ll have noticed all the blue/yellow clad folk checking passes and access – that’s CAM.

I’m sat at a table with Austrian journalists, all of whom knew Niki Lauda well, and over dishes of crumbed chicken – followed by local cake-like dessert with berry mousse and ice cream – they regale me with tales of the great man’s antics.

On one occasion Lauda was trying to bag a place on a fully-booked flight with no chance of a seat; not even for the world’s most famous Austrian. No problem: Niki asks to see the captain, whips out his pilot credentials and requests to fly on the ‘jump’ seat. “No problem, Herr Lauda…”