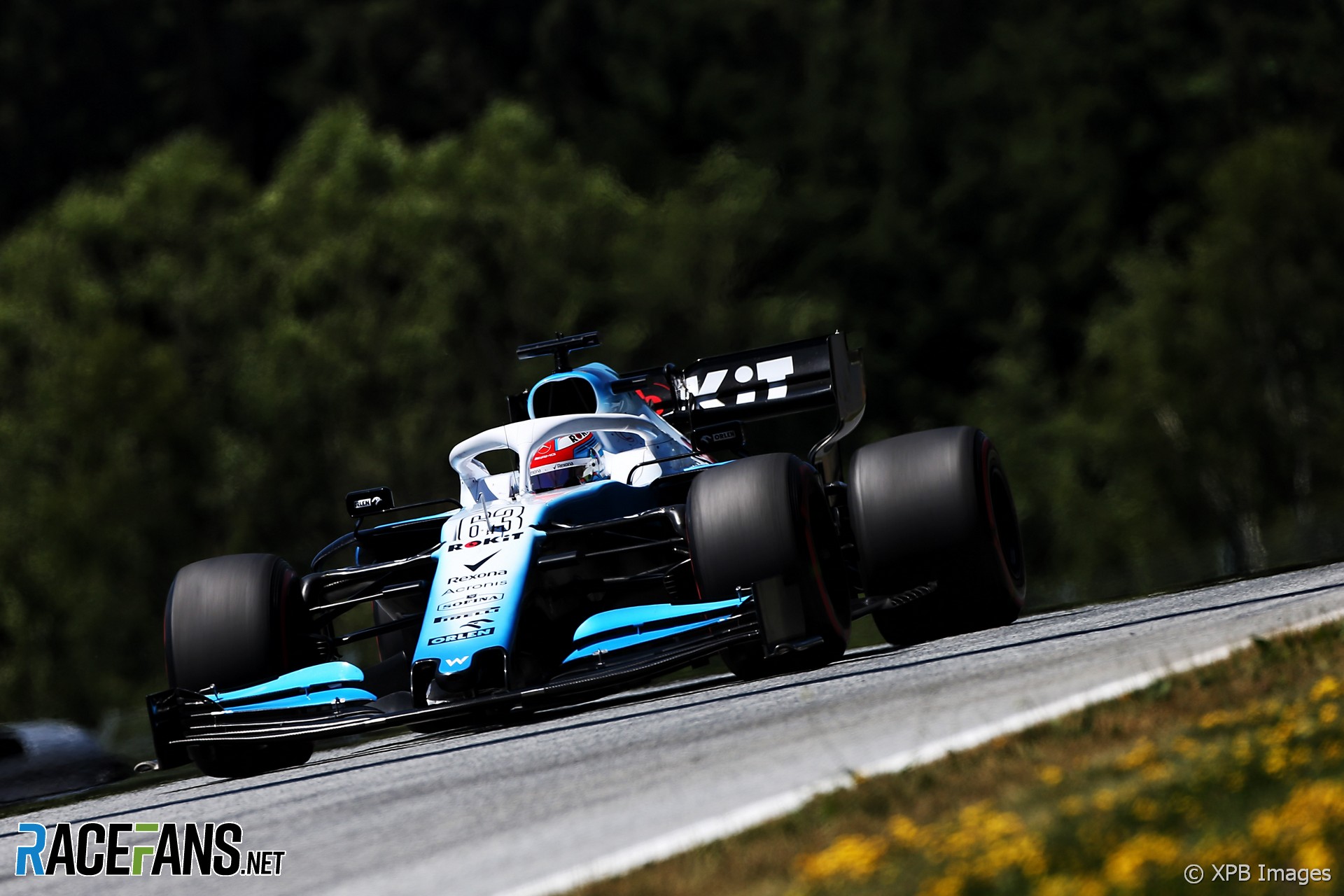 The stewards have given George Russell a three-place grid penalty for the Austrian Grand Prix after the stewards ruled he “unnecessarily impeded” Daniil Kvyat.

Kvyat had to abandon his final flying lap in Q1 after catching Russell at turn nine. The Toro Rosso driver was forced wide onto the run-off at speed.

After speaking to both drivers the stewards ruled Russell “unnecessarily impeded car 26 [Kvyat] after the apex of turn nine.”

Russell had not been informed of Kvyat’s approach early enough, the stewards determined.

“Car 63 [Russell] was not given the requisite warning by the team in a timely fashion about car 26 approaching on a fast lap,” they noted.

“Furthermore, the situation was compounded by car 23 overtaking car 63 during a slow lap, just before the incident in question.”

Russell has also been given the first endorsement point on his licence.