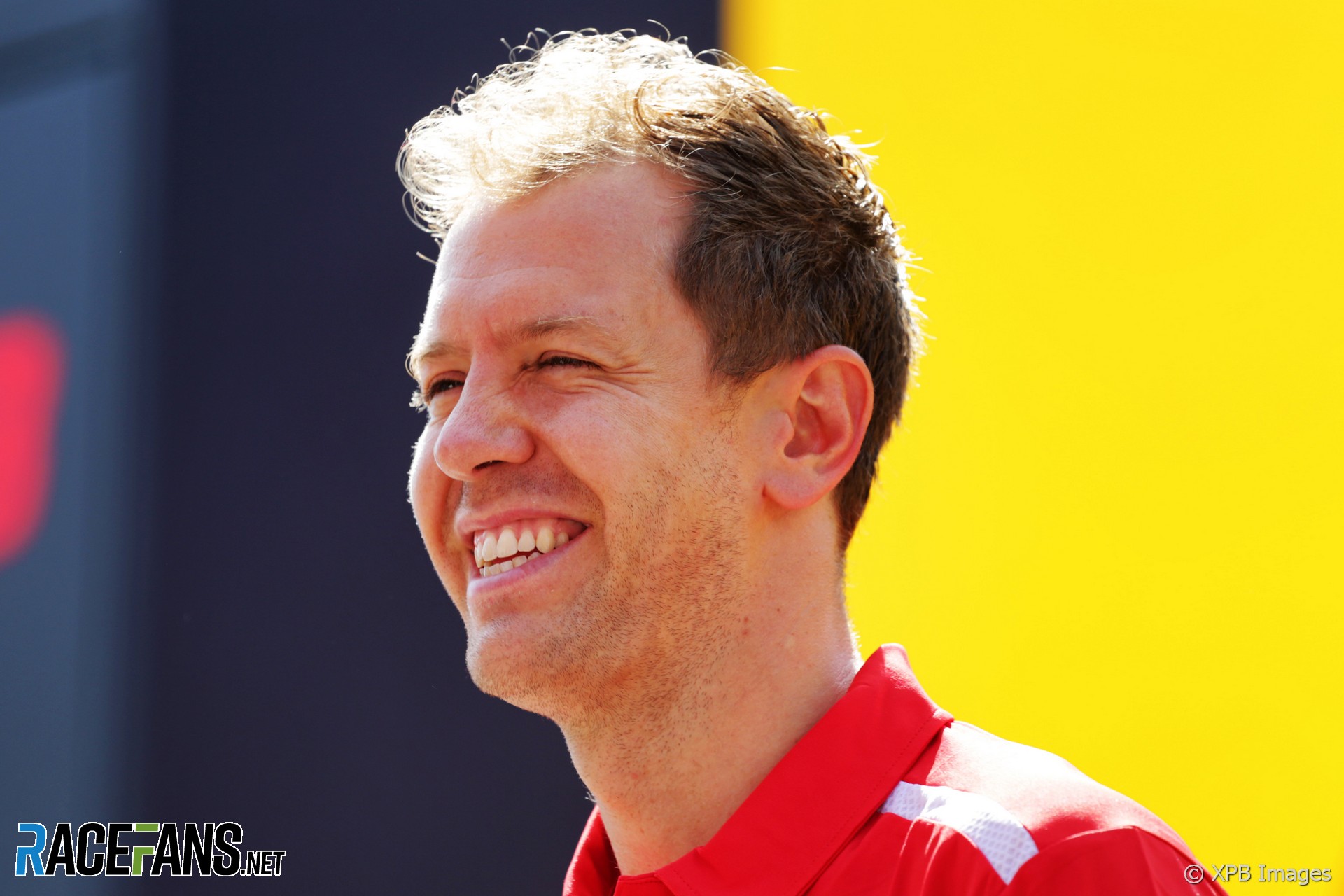 Are Max Verstappen and Sebastian Vettel’s Formula 1 futures connected? Will Hanoi be ready in time for next year’s Vietnam Grand Prix? @DieterRencken pursues the news at the Red Bull Ring.

I catch up with the F1 and daily news: nothing much about save that, as mentioned yesterday, there is growing speculation that Max Verstappen’s Red Bull contract indeed contains get-out clauses that could soon be triggered unless the team returns to its winning ways. A focus for today, I decide.

Ready to depart for circuit when I’m asked to assist fellow-residents in my B&B whose car has a flat tyre. Problem sorted, I hit the road with two of the party – ardent Verstappen fans from the Netherlands – while the car owner heads to the local village for repairs.

Traffic is light, unlike on Friday so local authorities seem to have resolved whatever the problem was, but the incident means a slight delayed for a coffee appointment with friend Dennis Dean, an American who this weekend is chairman of the F2 and F3 stewards, and also an experienced F1 steward and land speed record adjudicator. 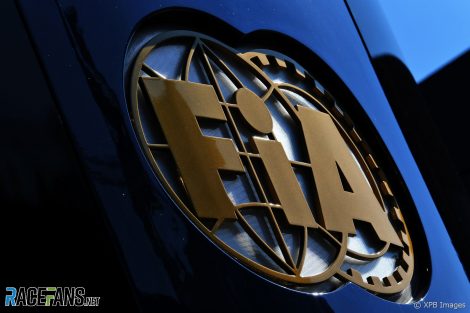 I stress it’s purely social, but obviously conversation strays to the recent fall-outs from Montreal and Paul Ricard. We’re on the same page and agree that in all instances – Dennis was not involved, but followed proceedings keenly – the stewards acted according to the book.

In my opinion there’s a perception problem: the stewards are seen by fans as part and parcel of the FIA and imposing the wills of ‘blazers’. Thus gripes are prefaced with ‘FIA this…’ or “FIA that…”, when, in fact, the stewards’ panels act totally independently, with no FIA officials in the room during their sittings. The closest race director Michael Masi gets to the stewards’ room is when he refers incidents to them.

Compare the situation to the football World Cup: referees penalise players, yet there are no suggestions that FIFA did ‘this or that’. So it is with F1 stewards: they are and act totally independently, without agendas. 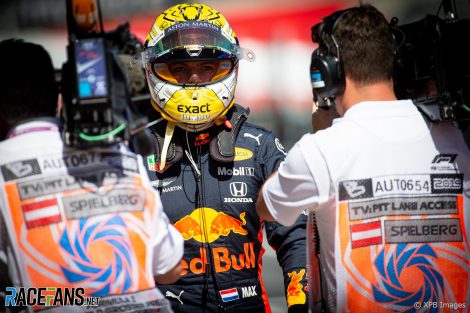 Breakfast at Ferrari – in fact, Philip Morris, for the team’s sponsor provides media hospitality. I have typically continental fare: fruit, yogurt and pastries, with tea.

Thereafter I dig into the Verstappen story, and discover from sources both within the driver’s camp and Red Bull that ‘out’ clause exist. More intriguingly, Sebastian Vettel, who never seemed truly content in red, has been a regular visitor to Red Bull’s Holzhaus hospitality unit this weekend, meeting with various team executives. Ferrari team boss Matthia Binotto is also said to have visited, so the plot thickens…

Could it be that Red Bull is resigned to losing Verstappen – who was never a true Red Bull Junior, and could thus dictate contract terms – be headed for Ferrari for 2020, and hopes to limit the damage by persuading Vettel to head the other way? That seems the most likely scenario, particularly with Mercedes, Verstappen’s only other potential serious suitor, not (yet) committed to the sport after the 2020 F1 season.

I hear that Hanoi will be under enormous pressure to complete its circuit and all facilities in time for April next year. Asked whether the street circuit will be ready in time for an April race, my source says, “It has to be.” Will the rest of the F1 infrastructure be completed by then? Blank stare… 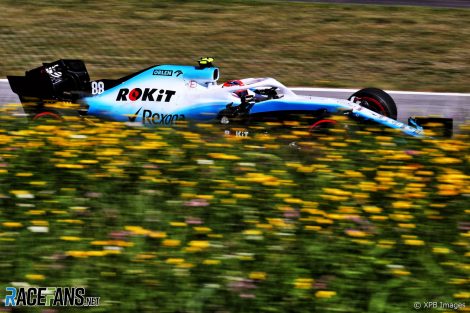 Final practice, and it’s clear this track is a lot more demanding than Ricard a week ago. It should be a good race – just what F1 needs after last weekend’s torpidity.

While watching the session I marvel at the location, and am in two minds as to whether Spa or Red Bull Ring has the better setting. I patriotically settle for the former, but only by a carbon fibre sliver. That said, this circuit offers better facilities by far, as befits a venue ultimately owned by one of this century’s most successful entrepreneurs, Dietrich Mateschitz.

Then I roam the paddock, seeking out bits here and there. Nothing concrete, but some snippets may eventually come together to provide a story of substance. For example, I hear Niki Lauda’s 10 per cent in Mercedes has been (or is being) sold to a party not unconnected with the original negotiations. When I later put this to Toto Wolff, he denies it, albeit after a few moments of silence. Let’s wait and see…

Qualifying produces a much-needed change at the front following Mercedes’ dominance last week. However, the number of incidents and controversies reinforces my opinion that we’ll have a scintillating race. 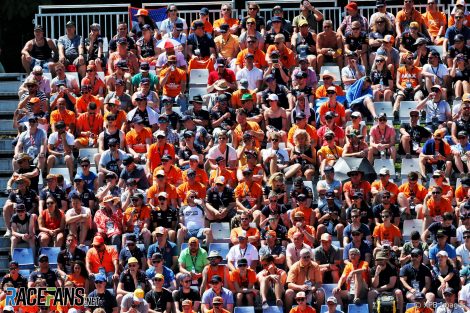 Interview time, and amongst others I grab both Toro Rosso drivers and Pierre Gasly, followed by McLaren and then Mercedes with Valtteri and Toto – where I pop the ‘10 per cent’ question. Asked about the chances of Verstappen joining Mercedes, Toto says team policy is to prioritise the current line-up – including reserve Esteban Ocon – and I guess Mercedes don’t want the Dutchman rocking Lewis Hamilton’s boat.

But imagine those two as team mates…

Interviews done, I enjoy a bowl of ragu sauce over noodles in the media canteen before packing up and heading for the B&B. Sunday will bring with it check-out as I’m stopping overnight in Vienna, so need to start packing up ready for an early start to race day at a truly classic circuit.