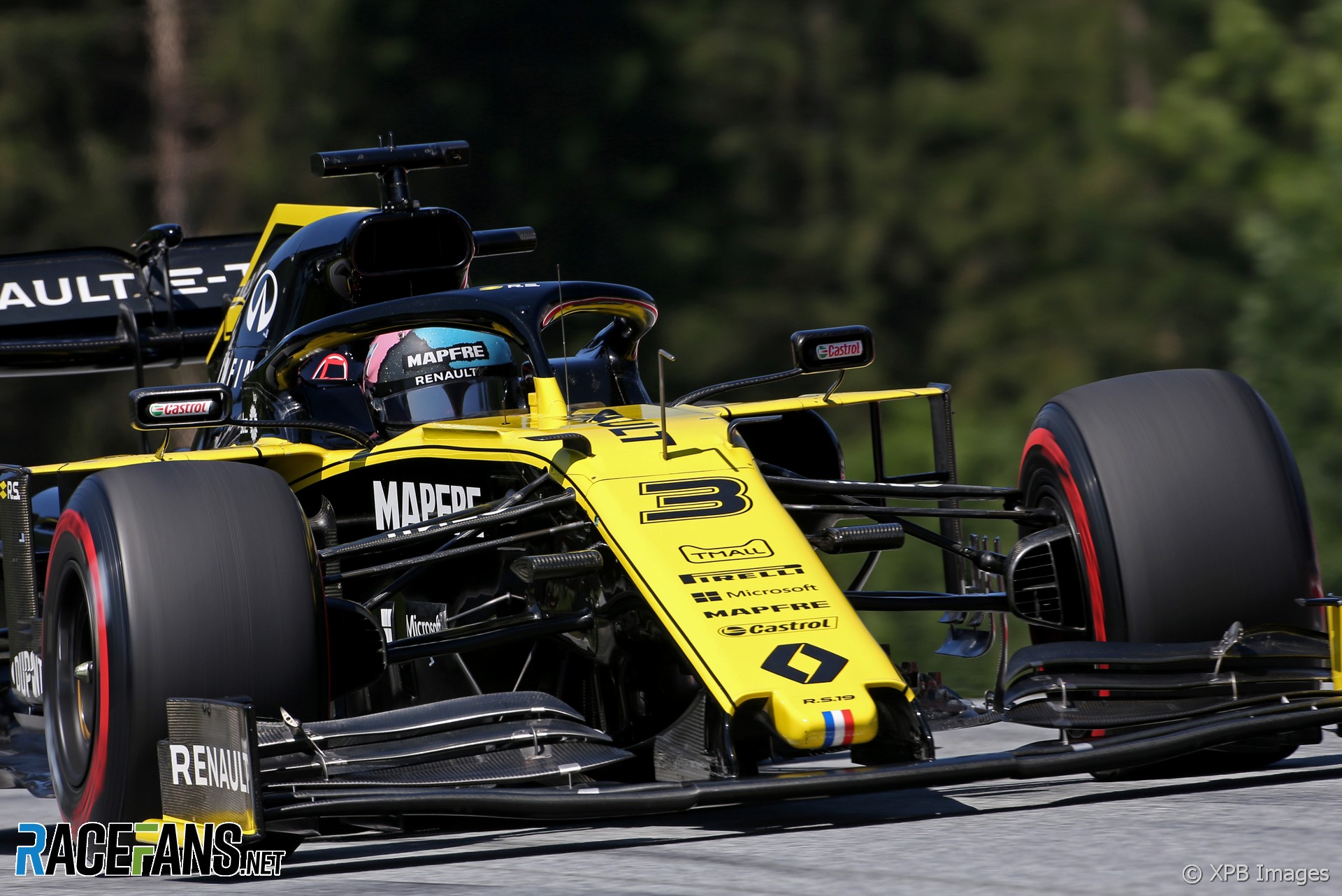 Daniel Ricciardo suspects his Renault has a “fundamental” problem and said the car feels like it has gone back to the “difficult area” it was in at the start of the season.

Neither Renault driver made it into the top 10 in qualifying yesterday and Ricciardo doubts is was possible for them.

“I think we never really looked like a Q3 car from the start,” he said. “Looking at it I feel like there’s something maybe more kind of fundamental with the car that we haven’t quite got on top of yet because here we changed a lot and kind of always end up with the same outcome.”

The team identified a low-speed cornering problem on Friday and did an extra qualifying simulation run in an attempt to get to the bottom of it.

“It’s something which we’ve got a lot better [at] I think since the start of the year especially for me,” said Ricciardo. “But it feels like we’re back kind of in that difficult area.

“We changed a few things to kind of try and address it but it didn’t really help. So that’s why I’m a little bit suspicious or curious that there’s maybe something which we’re missing on the car. Obviously the guys check the set-up and everything but it didn’t really feel like it was adapting much to changes.”

Ricciardo said the setback has “broken a little bit of momentum” for the team. “For me it was nice to get some Q3s, I think we had about four in a row. So it’s a shame to stop that.

“I don’t believe this will be now a trend. I hope it isn’t. But certainly I want to understand at least why we haven’t been fast this weekend. It’s too easy just to say ‘the track doesn’t suit us’ and that’s that. I certainly feel there’s something more which we haven’t quite understood yet.”