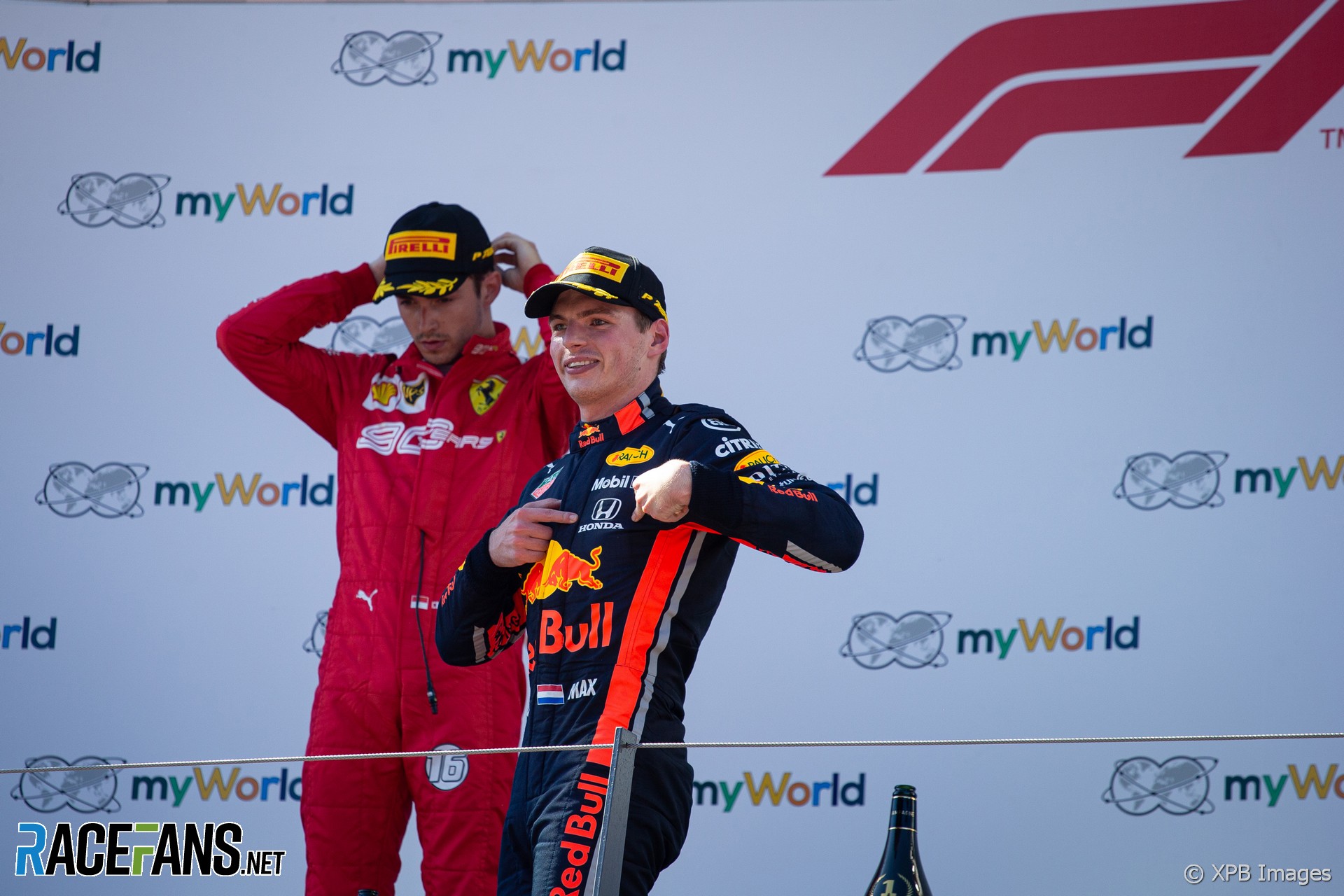 Max Verstappen defended his controversial pass on Charles Leclerc in the Austrian Grand Prix, saying it was “hard racing”.

The Red Bull driver is under investigation for the collision between the pair which occured when Verstappen overtook Leclerc to win the race.

Vettel made two attempts to pass Leclerc at turn three. He succeeded with his second attempt, though only after the pair tangled and Leclerc ran wide.

“I think the second one I braked a bit deeper into the corner,” said Verstappen. “We had a little contact of course, mid-to-exit of the corner but from my side I think it’s racing.”

“It’s hard racing,” he said. “It’s better than just following each other and having a boring race, isn’t it?”

Ferrari team principal Mattia Binotto told Leclerc after the race “the win could be yours, the win should be yours”.

Leclerc told the team: “I was on the outside, he has to leave one car space, just as he did the lap before, But anyway, I hope the stewards see right.”

Speaking in the FIA press conference after the race Leclerc said “I’ve did exactly the same thing from the first to the second lap so I did not expect any contact on the second lap.

“As Max said I think he braked a little bit deeper. I don’t know if he lost it or not but then there was the contact. I felt I was quite strong in traction.

“On the first attempt I managed to have better traction and kept my position. On the second one I couldn’t do that because I was off-track.”

The stewards have summoned both drivers to a hearing on the incident.