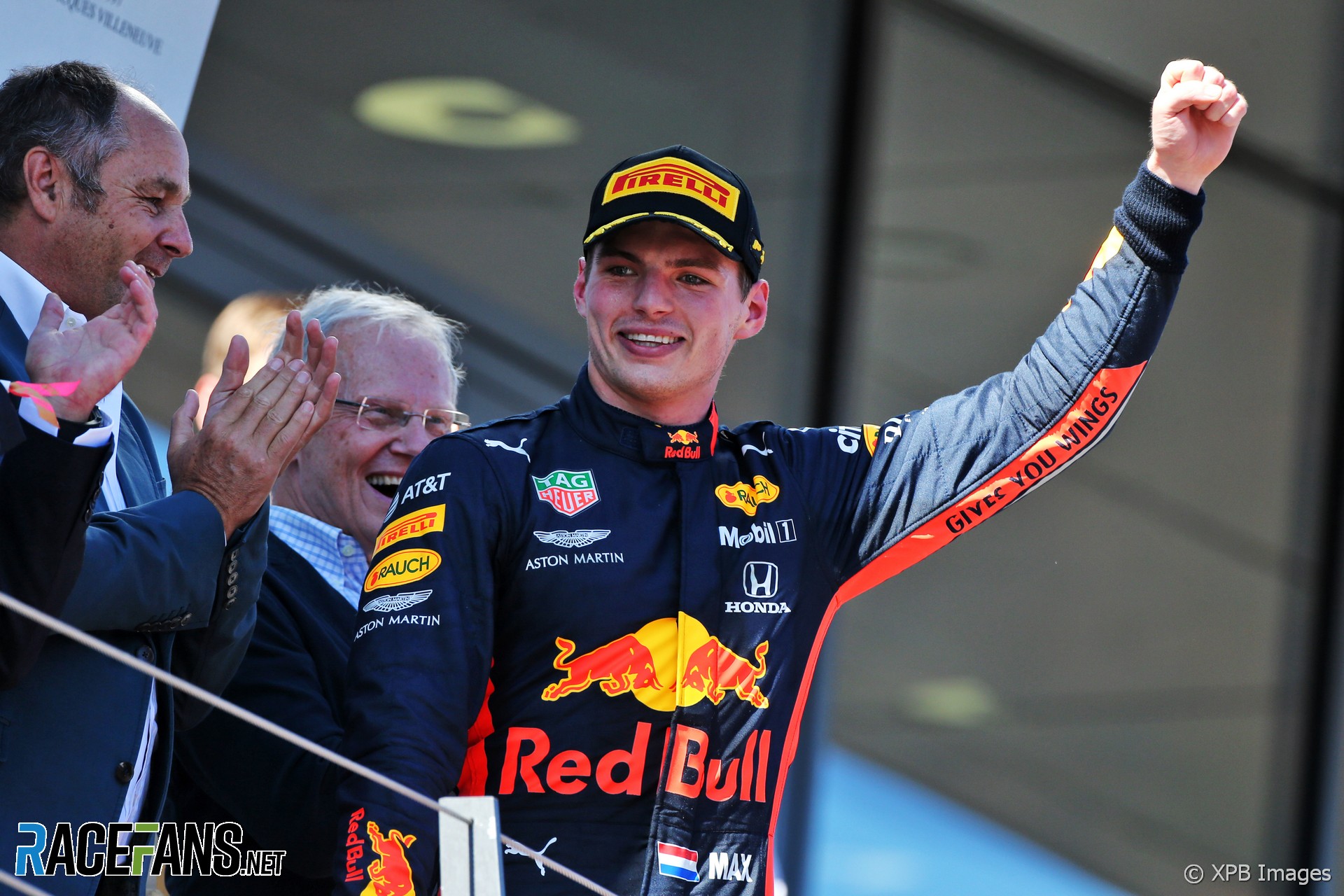 Max Verstappen has won the Austrian Grand Prix for he second year in a row after a controversial pass on Charles Leclerc in the dying laps of the race.

The Red Bull driver elbowed the Ferrari aside at turn three after he dived down the inside of the long-time race leader. The stewards are investigating the incident, which left Leclerc fuming on the radio.

Verstappen started from the front row but made a poor start, losing five places and falling behind the Mercedes drivers and Sebastian Vettel. However he jumped ahead of Lewis Hamilton when the world champion had to pit for a new nose, and passed Vettel and Valtteri Bottas before closing on the race leader.

Leclerc crossed the line 2.7s behind Verstappen and over 13 seconds ahead of Bottas as both Mercedes drivers struggled with cooling problems. Hamilton lost fourth place late in the race to Vettel, who made an extra pit stop for a set of soft tyres.

Lando Norris resisted Pierre Gasly to take sixth place, while Carlos Sainz Jnr capped a strong day for McLaren by racing from the back of the field to claim eighth.

Haas endured another tough race. Kevin Magnussen picked up a drive-through penalty for being out of position at the start, and slipped back during the race. He crossed the line 19th, behind George Russell’s Williams.