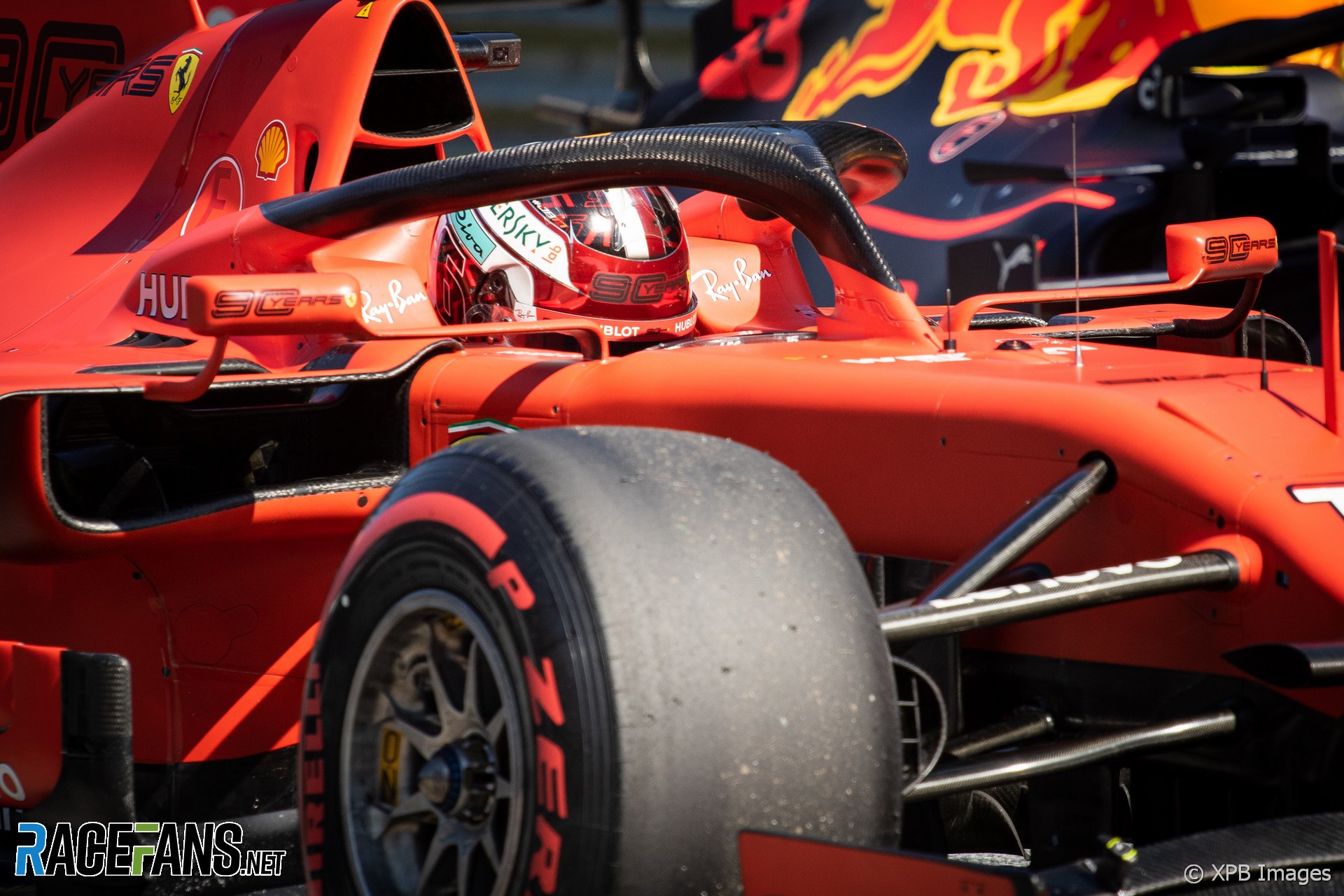 Starting on soft tyres with those around him on mediums should give Charles Leclerc a strong chance of holding onto his lead at the start of the Austrian Grand Prix.

But will starting the rest on the softest available tyres backfire as temperatures are expected to soar even higher at the Red Bull Ring on Sunday?

With Lewis Hamilton’s grid penalty having promoted Max Verstappen to the front row, the world championship leader is set to start the race from fourth position alongside team mate Valtteri Bottas. Team principal Toto Wolff believes they, like Verstappen, have done the right thing by choosing to start the race on the medium compound.

“I think that Ferrari [and] Charles starting on the soft is a risky strategy because it is either a two-stop if things go bad tomorrow or you are being very compromised towards the end of your first stint.

“Whereas Red Bull and Mercedes on the medium are in a better place in terms of the strategies that are available to us. So in some way I’d rather be on the medium than on soft.”

Pirelli motorsport director Mario Isola agrees with Wolff up to a point. “For sure starting on medium is the strategy that is giving you the best flexibility for the race,” he said. But, Isola added, “Probably the soft because we have no graining is more usable compared to [at] Paul Ricard where the life of the soft was a mainly linked with the level of graining.”

Starting at the front, without the disturbing effect of another car ahead and able to dictate the race pace as he chooses, Leclerc should certainly have the best possible chance to make the strategy work. But as Isola noted if Leclerc can make his softs last for a stint at the beginning of the race, his rivals will take note of that.

“Without graining if we have a tyre life that is a decent tyre life probably in the range of 20, 25 laps it could be also an option to have medium at the beginning when the car is heavy and then finish the race with the soft.” Of course that would still leave Leclerc in the advantageous position of being the first of those to pit, therefore benefitting from the ‘undercut’.

Furthermore, it may simply be the case that the Ferrari is kinder to its tyres and can make them last longer. After all it was Mercedes who experienced problems with blistering at Paul Ricard.

Leclerc is convinced he’s on the right strategy. “We did some analysis after FP2, like every team does after the race simulation, and the soft looked pretty good so we are pretty happy with our strategy.”

The other worry for Mercedes is that, having been bumped back to the second row, their cars will now have to run in hotter air behind other cars. And this on a day when the track temperature is expected to exceed 60C.

The team has already had to make greater concessions to cooling give the high temperatures. Lewis Hamilton is concerned that the lengths drivers will have to go to in order to preserve their cars will not make for a riveting race.

“I’m going to have to really nurture the car this weekend,” he said on Thursday. “Which I don’t think is great for the fans in that element because the cars are too heavy, brakes are on the maximum limit. We should be being able to push flat-out.

“This is one of the races, it’s not going to be the same as Montreal, for example, where you can push the whole way. Montreal was cool because I could push the whole way, follow and be close, you won’t see that happen this weekend.

If Ferrari have got their strategy call right, it looks like being a very good race for Leclerc.

Will Leclerc avenge his lost Bahrain win? Could Max Verstappen score a second consecutive win at home for Red Bull? Or will Mercedes find a way to equal McLaren’s record run of 11 wins in a row?