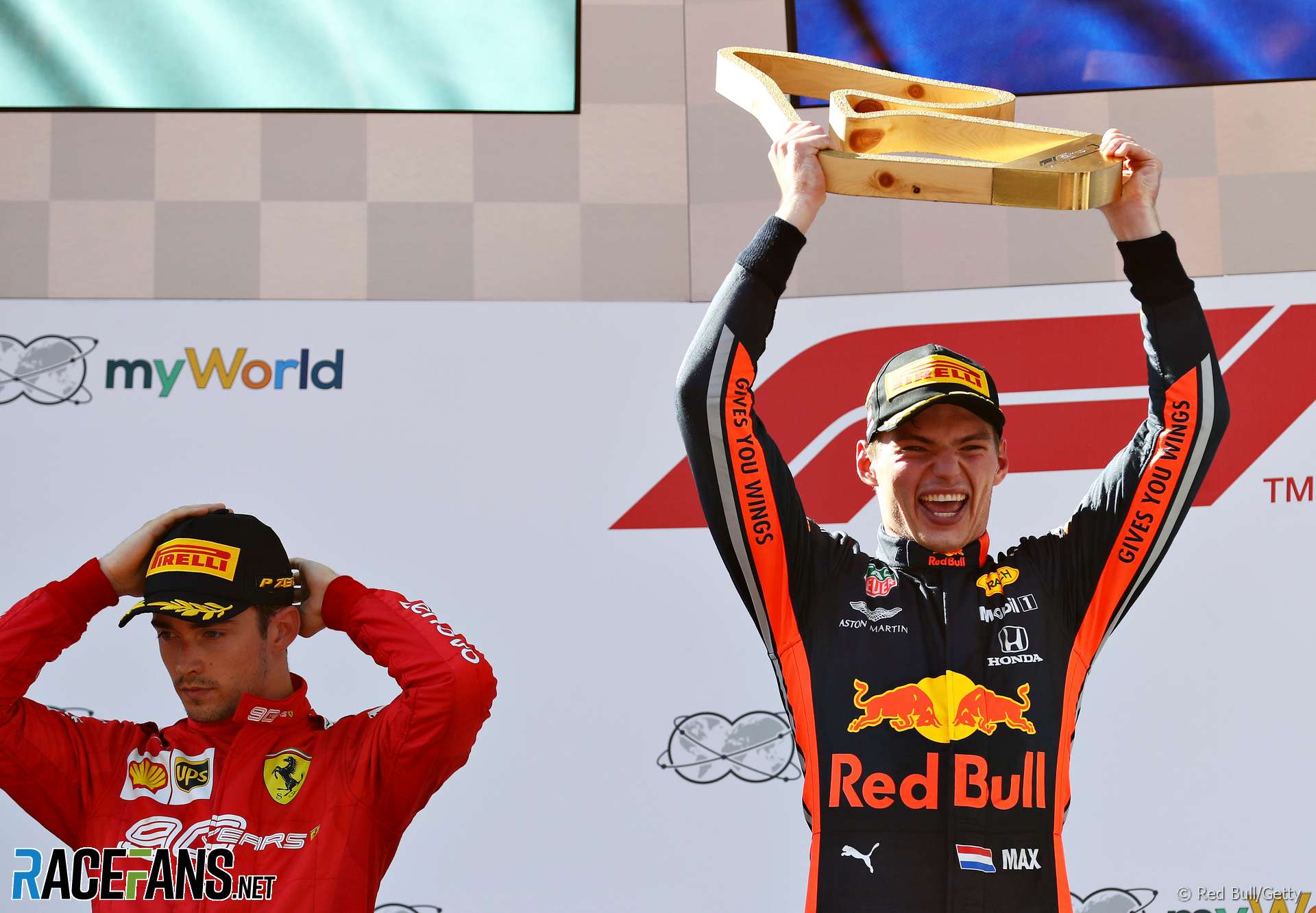 McLaren’s record streak of 11 wins in a row has stood since 1988. Mercedes has made it to 10-in-a-row three times, but yesterday they once again fell short. MP4/4 record is safe for now.

Depending on your point of view it was either fitting or ironic that a Honda-powered car should preserve that record achieved by a McLaren-Honda. Max Verstappen and Red Bull delivered the first victory for a Honda-powered car since Jenson Button won the 2006 Hungarian Grand Prix.

This was the 73rd victory for a Honda-powered car and the fifth different chassis make to win with the Japanese engines. As well as powering their own cars to success Honda have also taken wins with Williams, Lotus and McLaren.

Verstappen’s second on the grid was also the first time a Honda-powered car had appeared on the front row since Button started from the same position at Imola in 2006. But while Verstappen increased his wins tally to six – drawing level with Tony Brooks, John Surtees, Jochen Rindt, Gilles Villeneuve, Jacques Laffite, Riccardo Patrese and Ralf Schumacher – remarkably he still doesn’t have a pole position to go along with it. No other driver in F1 history has won more than four races without taking pole.

Most irritatingly for Leclerc he is win-less so far this season despite having led 124 laps this year, which is more than any driver apart from Lewis Hamilton. Verstappen has only led six: four yesterday and two in the season-opening round at Melbourne.

For the first time this year Hamilton didn’t feature on the podium and for second time this year there was no Mercedes on the front row of the grid. However Valtteri Bottas extended their run of podium finishes in every round this year.

Red Bull won their home race for their second year in a row. Verstappen currently doesn’t have a home race to win, but that will change as Zandvoort has been added to the 2020 F1 calendar.

Antonio Giovinazzi scored the first point of his F1 career with 10th place. He is the 48th driver from Italy to score a point. Only the USA (51) and Britain (60) have produced more points-scoring drivers; many of the Americans only scored points in the Indianapolis 500 when it was part of the world championship.

Alfa Romeo left F1 after that race, then returned with its own team from 1979 to 1985. Although it never managed a double points finish under the rules at that time, when points were awarded to the top six finishers, it did manage more than one double top 10 finish which would score points under today’s rules. The last of those came at Monza in 1984, where Riccardo Patrese took third place and Eddie Cheever was classified ninth, six laps down, having run out of fuel.

39 comments on “Six wins and no pole for Verstappen, two poles and no win for Leclerc”