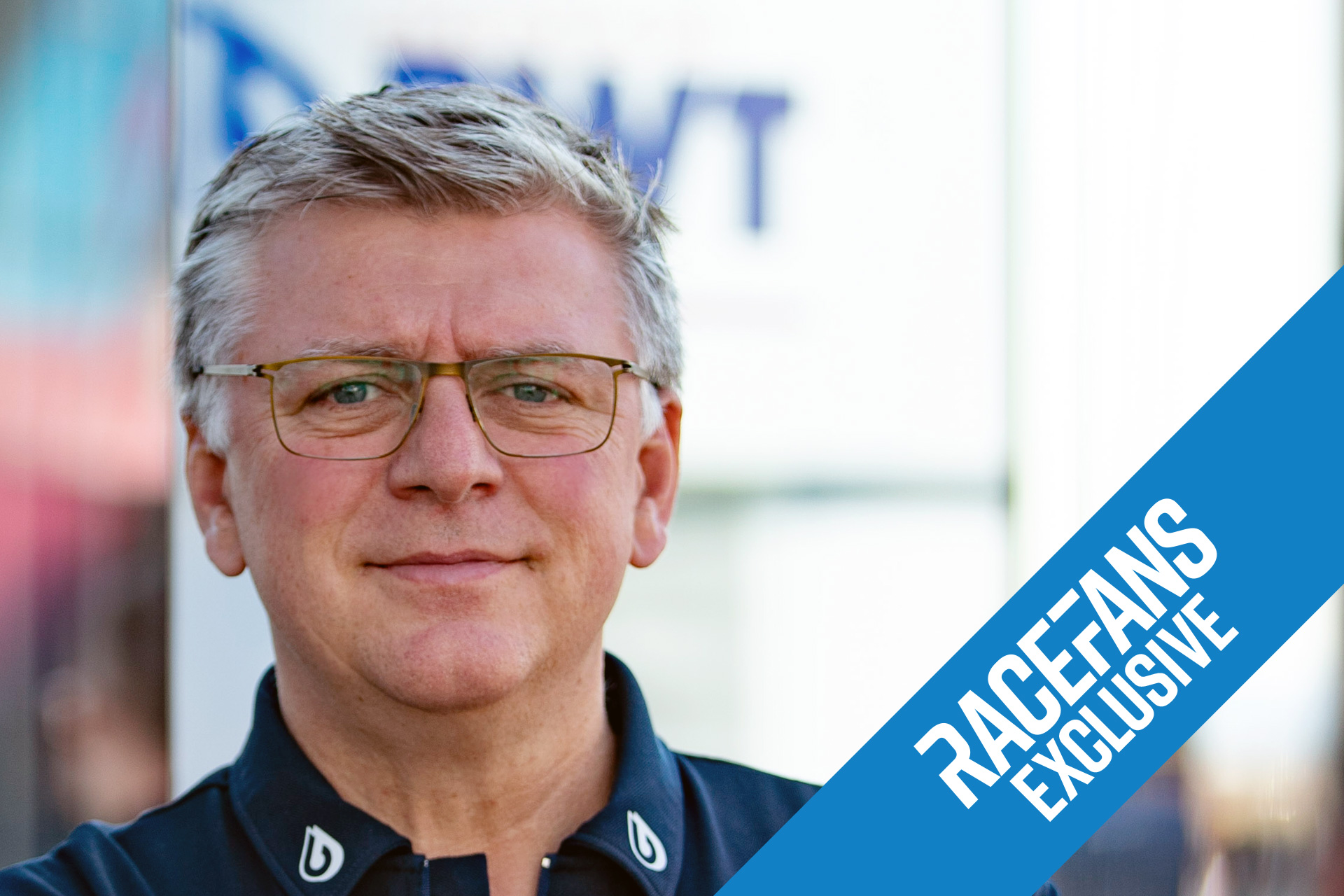 It was almost exactly a year ago that we interviewed Force India’s beleaguered co-owner Vijay Mallya, who gave assurance his team had sufficient funding to tread water in Formula 1 until some form of cost cap was introduced by the FIA and Liberty for the 2021 season.

As the record showed within a fortnight, the team was insolvent, and plunged into contentious administration. The aftermath of the saga is still bubbling away in the background, with F1’s Contract Recognition Board still to consider whether the revived team – now known as Racing Point – is due the full spectrum of the sport’s revenues.

Equally, according to sources, proceedings brought against the liquidators by the Mazepin consortium are continuing due to alleged irregularities in the sale process – the switch from going concern to asset sale. It has not been an easy transition from Indian-owned Force India to the Canadian-controlled Racing Point consortium, headed by fashion billionaire Lawrence Stroll.

In the process the team was restructured at executive level. Otmar Szafnauer moving up from chief operating officer to CEO and team principal while Mallya and his appointees departed the team.

Crucially, however, technical director Andrew Green and his sporting equivalent Andy Stevenson remain in place, as have most key managers. Thus the transition has been less traumatic than it could well have been.

Equally, where Mallya barely kept the team ticking over with a minimum of investment – some say none at all – the Stroll consortium committed full funding for the team to reach its objectives. Antiquated computer systems and work stations were swiftly replaced by state-of-art equipment. Indeed, staff speak very highly of Stroll’s obvious commitment.

Force India was the first current team to enter into technical partnerships with one of its better-equipped rivals: First with McLaren, then progressing to a Mercedes engine and gearbox deal while sub-sourcing a large portion of its manufacturing to contractors. It also looked elsewhere to conduct its wind tunnel work, initially using Toyota’s facilities in Cologne before earlier this year switching to the closer (by 500 miles) Mercedes tunnel.

So efficient was the strategy that the team was able to beat a (then) switched-on Williams using the same engines on two-thirds of the headcount despite its woes, and arguably inspired Haas to go the full distance with its Ferrari partnership.

All this means Racing Point is ideally placed for the new era which should be ushered in after the 2020 F1 season. It has headroom to add personnel without having to shutter (or rent out) its own wind tunnel and suchlike once 2021’s inevitable aerodynamic and other restrictions bite. Indeed, at a time when others are in contraction mode, Racing Point is recruiting, albeit cautiously.

I met with Szafnauer in Racing Point’s new-for-2019 pink-blue hospitality unit during the French Grand Prix to discuss the team’s plans for the short term (one year), medium (three) and long (five). First on our agenda is that long-awaited restructuring of the sport, the $175m cap on spending (with certain exclusions), and the teams’ conditional agreement to extend the regulatory deadline from 30 June to 31 October provided the cap remains as is.

Does that imply, then, that the team is comfortable with $175m, I ask. “What we didn’t want to happen is for that level and exclusions to increase, which is why we kind of froze it… it could only get worse for us,” the Romanian-born but American-educated management graduate explains.

“It’s a different question to say are we happy with the level and the exclusions. For us, where we sit, a lower level and less exclusions would’ve been better. However, in life everything is a compromise, it’s better than not having anything, which is where we are today. So I think it’s a good first step.

“We too have to recognise that the bigger teams grew in size because there were no [financial] regulations. So there needs to be some kind of logical glide path where they don’t have to cut 50% of their work force. It’s a tough thing to do.”

He envisages a staggered ‘glide path’ to further reduce spend after, say, five years, “and then somebody will say, ‘You know what? Why can’t we do this for 25 million less?’ And then you logically say, ‘OK, we’ve done it for 175; 25 less isn’t that hard to do again’.”

Teams are divided on the question of the delay to October, particularly where it pertains to technical matters: Does the revised timing work for or against Racing Point?

“We’re in a nice position that we’re like a middle-sized team. Actually we’re a small team in numbers, but we do almost everything ourselves. We develop the cars – the only thing we don’t do is [manufacture] the gearbox.”

But apart from their engines (obviously) and some ancillaries the team also rents wind tunnel time, I point out.

“The wind tunnel we could do ourselves. It’s a tool, not a car part. From developing our own car parts, we do everything ourselves, except for gearbox. Independent of where the regulations go, I think we’ll be in a decent place. If you tighten them all up, with the intention of tightening the grid up, and it works, we’re happy.

“I think what you don’t want is to tighten them up and freeze them in such a way that you freeze in some kind of advantage for the bigger teams and then we don’t have the latitude to catch up. That’s my fear.”

There are suggestions that big teams currently have the freedom to spend ahead of the cap kicking in, so, I ask: Will they gain an advantage for up to five years?

“That’s what I mean,” Otmar says without pause, “that’s exactly what I mean. So you do that now, you get to a place and then you freeze them, and then you’ve got that frozen…”

All good and well, but for how long would such a ‘freeze’ last?

“That’s the million dollar question. How much latitude do you give the teams? Yeah, you can bring people closer together, but not in such a way that you freeze-in disadvantages. I guess we have from now until October to figure it out, and ensure we have a good compromise.”

That lies in the future. But what are the team’s short-term priorities almost 12 years after they came out of administration?

“The ones that actually matter, with car performance, [are aimed] at being able to bring upgrades to the car quicker than we could in the past. We’ve increased some design resource to do that, we’ve increased some resource in the [wind] tunnel, some manufacturing resource too, so that we can get parts to the car quicker. That will pay dividends even this year, as well as in the future.

“You know, our computers were failing, so we had to replace everybody’s laptops. Also the hardware that people design on, the Computer Aided Design machines, we’re replacing those. All the stuff nobody actually sees, but is very important to us.

“Another big thing in the short term which we’ve done: We had about 100 [aerodynamicists, CFD and model design] employees in Brackley [housed in the original wind tunnel site] – 88 of those moved to [our base in] Silverstone, so we’re all together on one floor. It makes a huge difference.”

Szafnauer explains that additional space was created by adding a mezzanine floor where a double height ceiling above the car build area had been wasted space. “We could never afford that before,” he says.

“That’s short-term stuff, [which] happened within 10 months. The guys moved in, the fact that we’re getting parts to the car quicker is happening, we’ve hired 20 people to do that, we can pay our supply base now so they can turn out parts quicker. All that happened within the first 10 months.”

Looking slightly further ahead, Szafnauer’s goal is to get the team up to ‘fighting weight’ for the cost cap era.

“Medium-term stuff: a better building, more manufacturing capability, all that kind of stuff will happen over three years. We’re going to grow in areas that have a bigger impact on performance.

“What we’re planning to do is to right-size the team, probably hire another 75 people, something like that,” he says, adding. “The place was probably built for 150 people, [and] we’ve got probably about 400 on-site now.

“We’ve got to stay below the cost cap, [but] hire people that will help us both in manufacturing, to get parts to the car quicker, as well as in car development. And then we’re going to house them in a new facility, give them a new facility…

The team recently purchased some adjoining land from a farmer, taking the land area up to around 30 acres, “We can’t even add another five heads [as space is so tight], so we’ll build a new building, and that’s medium-term as well.”

Fortunately for the team the building planning process and final cost cap negotiations are running in parallel, which takes some guesswork out of the programme. The plan is for the existing building to solely house manufacturing and for administration, the design office, simulators, employee restaurant, gym rooms and meeting halls to be accommodated under the new ‘roof’. That is some commitment.

“So if we do all that kind of stuff within three years and we know what the regulations are, we just have to make sure we produce good cars and race well and get to the top three,” is Szafnauer’s summary.

Interestingly, given McLaren’s subsequent revelation it is replacing its on-site wind tunnel, Racing Point is not planning to build one of its own.

“So people shouldn’t be building new tunnels [now]. If something happens in the regulations where it moves the other way, we’ll have to build a tunnel. At this stage, no. Wind tunnel manufacturers should be lobbying the FIA to allow more wind tunnel testing, and then we’d all be buying new tunnels. But I don’t think that’s how it works…”

I ask about the team’s capital expansion budget. In other industries investments are proudly trumpeted as a sign of commitment, but not F1. “The thing that I’ve got to understand from the shareholders and the consortium is if they want that number out there,” says Szafnauer.

As with other customer engine teams, the clock is ticking towards their supplies contracts expiring at end-2020. Where does the team stand with Mercedes in this regard, particularly as Mercedes has not committed to 2021-onwards as this written?

“Well, Mercedes are a very good partner of ours, they’ve helped us through, even at times when we weren’t paying our bills. But more importantly, you know, people forget all that kind of stuff when performance level changes. I can say that we’re very, very happy with what they’ve done, and they’re a great partner. We get our gearbox from them too, don’t forget. It’s a big deal.”

As this is written there are no guarantees that Mercedes will remain in F1, whether as team or solely as engine supplier.

“That’s for them to decide,” says Szafnauer. “I don’t know.

“If I’m guessing, I think Mercedes get good value from the sport, they’ve done a great job, I think it’s good for their brand that they’re winning. So If I were the decision maker, but I’m not, I would say, ‘Yes, I’ll continue’. To me it’s a logical sport for a car manufacturer to be in.”

5 comments on “‘You don’t want to freeze the big teams’ advantage. That’s my fear’: Szafnauer interview”