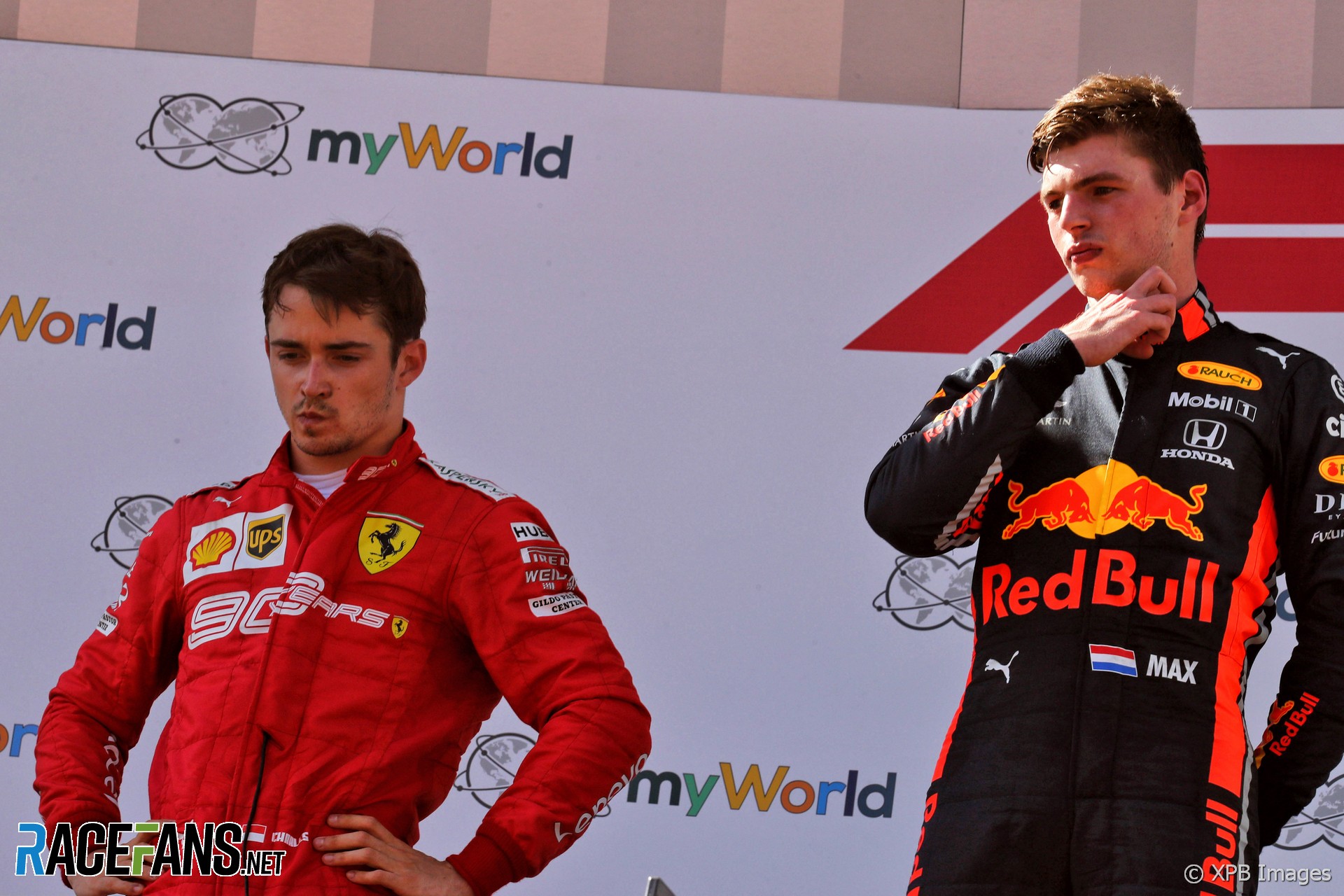 Charles Leclerc will bounce back quickly from the disappointment of narrowly missing out on his main Formula 1 win for the second time this year, says Ferrari team principal Mattia Binotto.

The Ferrari newcomer lost a likely win in Austria to Max Verstappen, three months after a technical fault robbed him of victory in Bahrain.

Binotto said there is “no difficulty to encourage” his driver, who is “already prepared for the next one.” He said the defeat will “give him even more boost to somehow get his first victory in F1.”

“So certainly he is sorry for the [outcome]. I think that after quali certainly he was somehow very optimistic and after as well the first laps of the race he was controlling the race and probably saw himself in a good position.

“But that’s what’s good in that sport is the chequered flag is only at the end of the race and [anything] may happen. I think he is simply looking ahead at the next races as a new challenge and he is very hungry so I’m pretty sure that sooner or late it will be his time.”

Binotto denied Ferrari had made a tactical error by having its drivers qualify on the soft tyres in Austria, which meant they had to run long second stints which in Leclerc’s case left him vulnerable to Verstappen.

“I think that has been a good choice because we are ahead and we have only to react to Valtteri [Bottas] whatever tyres we are on. And I think with the soft tyres we got a great advantage [at] the first pit stop which put us in that respect in a good position.

“If there is anything on which I regret it’s only the quali of Seb [Vettel] because certainly having Seb higher on the grid would have made things a lot easier.”