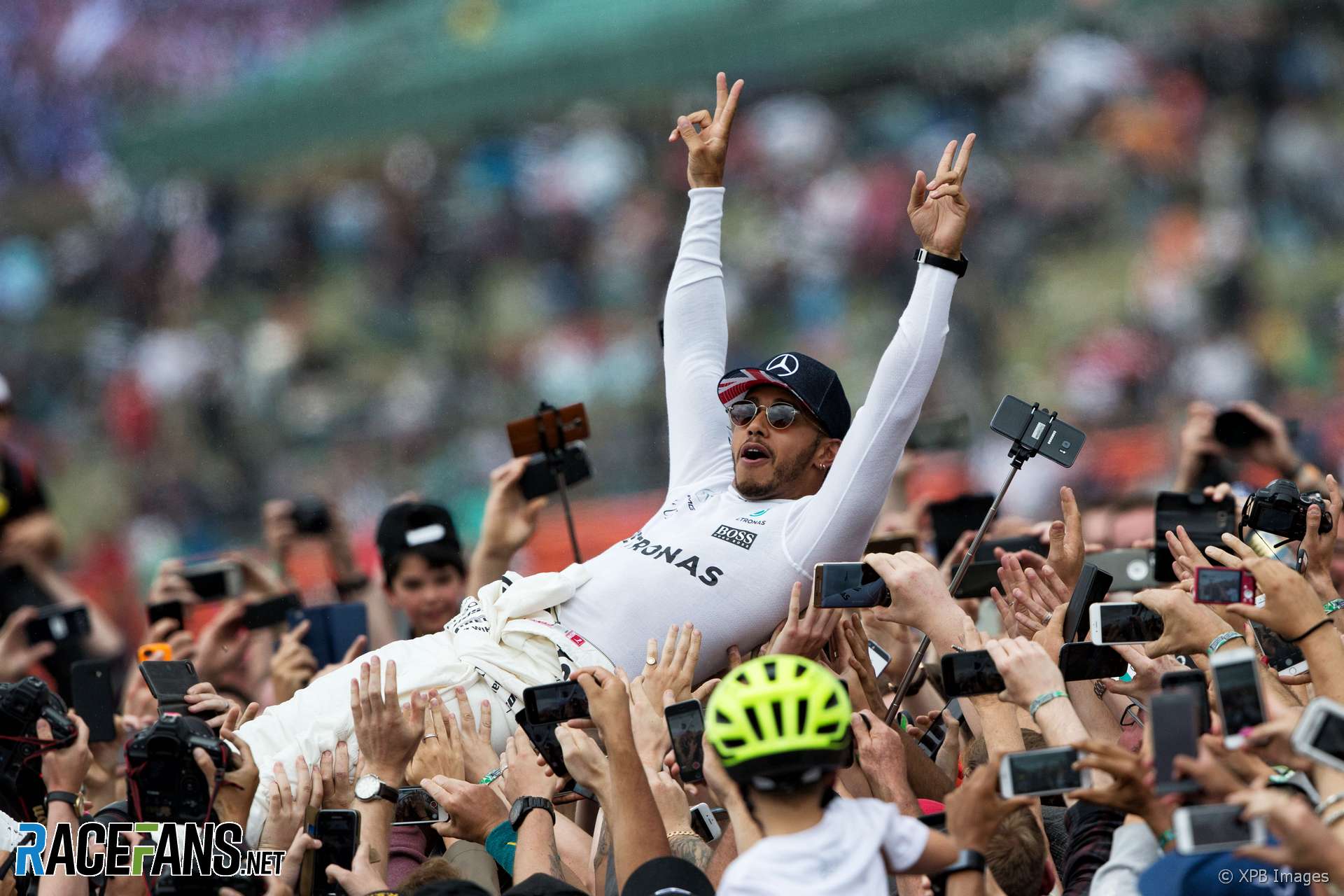 Will Mercedes be back on top at Lewis Hamilton’s home track this weekend following their Austrian Grand Prix ‘blip’?

Here’s six talking points for this weekend’s race at Silverstone.

Mercedes’ winning streak ended in Austria due to an unusual combination of circumstances. High altitude and unusually hot conditions compromised their cooling; Ferrari made a timely step forward with the performance of their SF90; and Red Bull were on the pace too, and well-placed to take advantage of Ferrari pitting early to cover off the threat from Mercedes.

For obvious reasons Mercedes can expect not to suffer the same problems this weekend. Providing unexpected tectonic plate movement along the Northamptonshire-Buckinghampshire border does not produce a new 700 metre-hill beneath Silverstone in the next 48 hours, the W10s will breathe more easily in the denser air and cooler climate.

So does that mean we’ll be back to numbers 44 and 77 giving it the old one-two? When Mercedes’ team principal Toto Wolff, usually the arch-practitioner of ‘under-promise and over-deliver’, talks about a track being “much better” for them, you know it’s on the cards.

Leclerc’s wait for a win

Since his heartbreaking near-miss in Bahrain three months ago it’s been a question of when, not if, Charles Leclerc will become a Formula 1 race winner. That view was reinforced in Austria, where he might have won had he been a little firmer in defence with Max Verstappen – or if Ferrari had put their drivers on the medium compound tyres in Q2 (a suggestion the team disputes).

Leclerc says he has made a breakthrough with his qualifying performances in recent races. He’s beaten Sebastian Vettel on the last two Saturdays (aided by his team mate’s technical problems last weekend), and looks the best-placed of the two Ferrari drivers to capitalise on any trouble at Mercedes – as happened at Silverstone last year.

The Silverstone crowd has seldom wanted for local talent. And while for a time Lewis Hamilton was their only representative on the grid, his run of wins from 2014 and 2017 kept his home supporters in good voice.

While Hamilton will go into his home race as favourite again, Britain’s three new drivers all arrive at Silverstone with good reason to be happy with their seasons so far.

Lando Norris has become a regular in Q3, bagged some strong points finishes in a McLaren which increasingly looks like the cream of the midfield and been justly rewarded with a second season; George Russell is showing a clean pair of heels to his experienced team mate Robert Kubica and even brought his uncompetitive Williams home in front of a Haas at the last race; and London-born Thai racer Alexander Albon has made an encouraging start to life at Toro Rosso, scoring his first points in an F1 car despite never having driven one before the year began.

Another tough homecoming for Williams

At Silverstone last year Williams suffered the ignominy of seeing both drivers spin off during qualifying due to problems with a new rear wing design. If that felt like a nadir for the team, it was only because they didn’t know what 2019 had in store.

The FW42 has been consistently the slowest car in the field thus far and that doesn’t look like changing any time soon. Sunday’s race marks 40 years since the team’s first win, the last was seven seasons ago, and from where they are now who can say when or if they might ever return to the top of the podium.

That will surely make Frank Williams’ return to the track to visit the team he founded five decades ago a poignant affair.

The new surface laid at Silverstone before lats year’s race did not go down well. “They did the worst job ever” lamented Hamilton, who said it was now as bumpy as the antiquated Nurburgring Nordschleife. That didn’t prevent an exciting race unfolding, but the same couldn’t be said when Moto GP turned up on a very wet weekend. Problems with drainage led to the race being cancelled entirely, and the resurfacing had to be redone.

The track owners are understood to be very pleased with what they’ve seen of the work so far, but having sunk so much money into another costly coat of asphalt, they may be sensitive to any potential criticism from drivers.

It wouldn’t be a British Grand Prix without doubtful speculation over the race’s future and unrealistic rumours about a street race in London.

But there have been positive noises about the chances of Silverstone’s race returning on the 2020 F1 calendar, not least because the track owners have committed to another costly resurfacing and are building a hotel opposite the pits. Nothing official has been said yet, though perhaps we get an announcement during the grand prix weekend?

There is a wider question about the sport’s popularity in Britain, however. While British talent in the sport is enjoying a resurgence thanks to the likes of Norris, Russell and Albon, there are questions over how easily the next generation of local talent will discover the sport now live coverage is almost entirely hidden behind Sky’s paywall. It’s a problem other traditional F1 territories are also grappling with, and one Hamilton expressed concerns about when RaceFans asked him about it earlier this year.

If you’re heading to Great Britain for this weekend’s race, we want to hear from you: