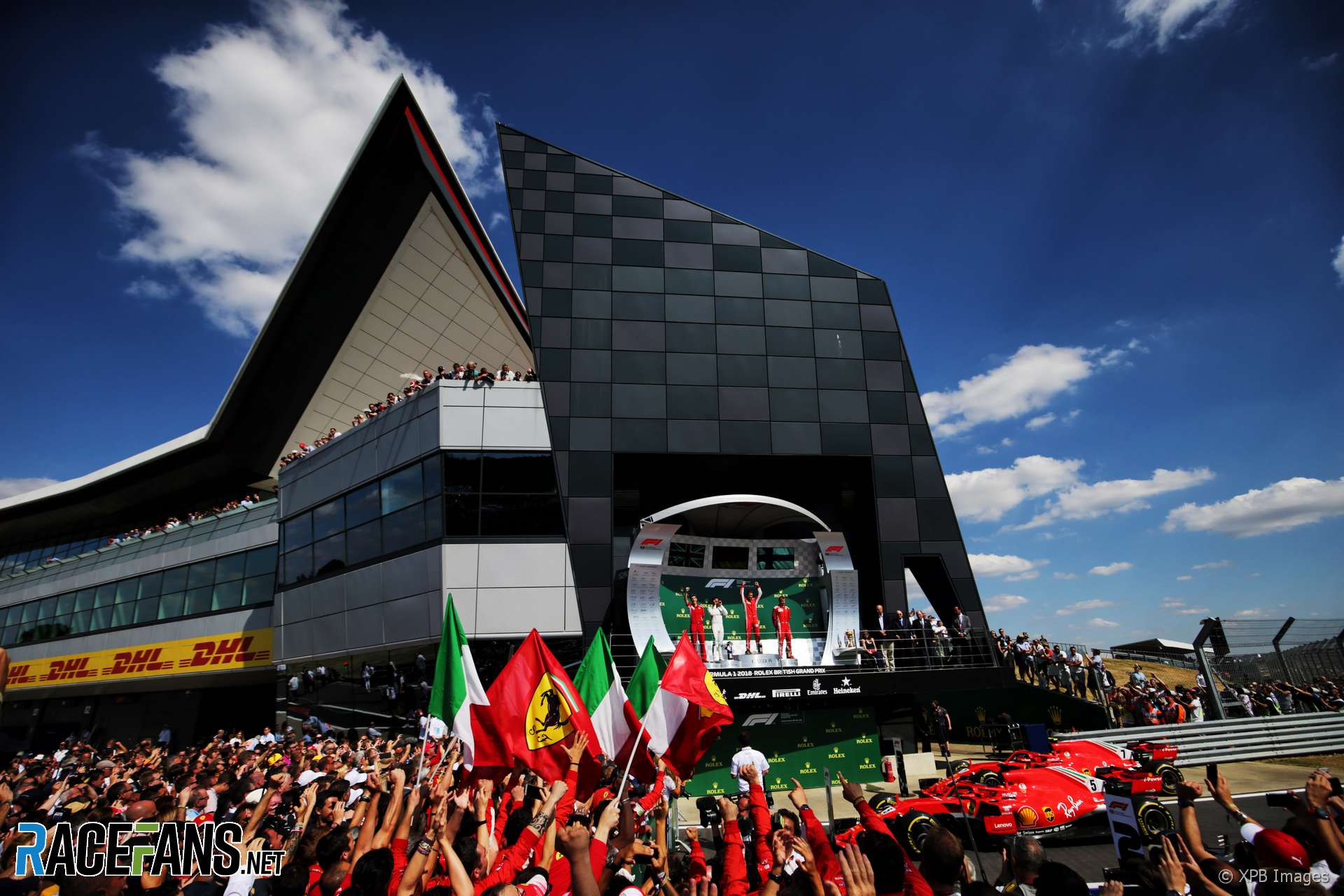 The future of the British Grand Prix has been secured after a new deal was announced to ensure its appearance on the 2020 F1 calendar.

The British Racing Drivers Club, the promoters of the race, activated an exit clause in their previous contract in 2017 which meant Silverstone’s deal to host the race was to end after this weekend.

Formula 1 Management and Silverstone announced a five-year extension of the race’s contract in a press conference today. RaceFans understands the deal was signed yesterday.

BRDC chairman John Grant said it would have been “disastrous” for the race to drop off the calendar.

“Silverstone is one of the most iconic grands prix on the F1 calendar and with such a rich heritage it would have been disastrous for the sport and fans had we not managed to find a way
forward.”

“This is great news for the BRDC, Silverstone and Formula 1 and for millions of British motor racing fans,” he added.

“We have always said that, if it is to have a long-term future, our sport must preserve its historic venues and Silverstone and Great Britain represent the cradle of this sport, its starting point back in 1950,” said F1 CEO Chase Carey.

“Today, Formula 1 is a global sport, held on five continents, watched by an audience of over 500 million fans around the world and our aim is to grow this number by bringing the sport we love to new countries, while also maintaining its roots: Silverstone and the British Grand Prix are an integral part of that vision.”