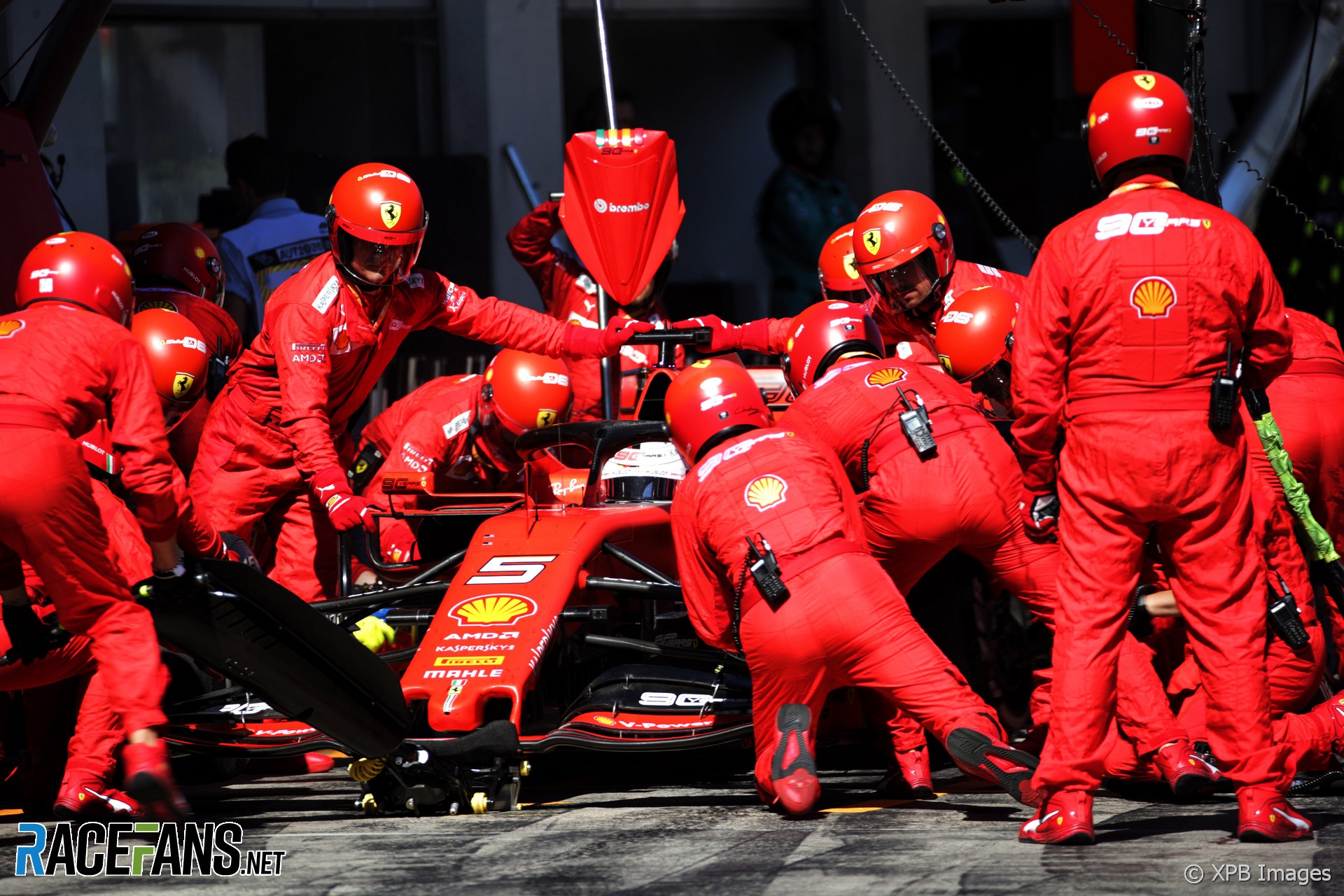 Formula 1’s official tyre supplier Pirelli is considering how to encourage teams to use more varied strategies in races.

Pirelli is keen to see drivers making more than the minimum single stop to change to a different tyre compound during a race. Motorsport director Mario Isola said changes are being considered to their “target letter” which stipulates how F1 tyres compound should perform, as this may be encouraging teams to use conservative strategies.

“Maybe with the numbers that we have in the target letter it is quite normal that [a] one-stop strategy is the quickest,” he said.

“On the paper it’s not the quickest. If you look at the numbers and you try to make a simulation you have numbers that are making the one stop, two-stop and three-stop very similar. [But] what we learned is that if you have one, two and three stop [strategies] that are very similar everybody will target one stop because it’s less risky: No overtaking, no traffic and so on.

“So we tried last year to select compounds with a target to have a two-stop strategy that was five seconds quicker than a one-stop. We learned that five seconds is not enough because with five seconds they still target the one-stop. So now we are trying to understand which is the right difference. That is probably between eight and 10 seconds.”

However Isola pointed out there are other complications to consider.

“We’re making simulations when you change the tyre because the last pit stop is the one that is defining your final position in the classification. So it’s not just the mathematical calculation of the total race time, it’s a bit more complicated, considering that after the last pit stop you need a number of laps to gain your track position.

“So it is more complicated and we are working together with them to try to find numbers that are giving us this result.”

Pirelli has come under pressure from a group of teams who are lobbying for a return to last year’s tyre specification, claiming it would produce more exciting races. Isola argued against the move, which was rejected in a vote between the teams at the last race, saying it would be an “overreaction”.

“It is not easy and we are working hard to try to achieve a better result for the show,” he stressed. “And this is a good system. What I told [them] is that for me is not a good system to overreact to a situation, changing the specification if there is no issue.”