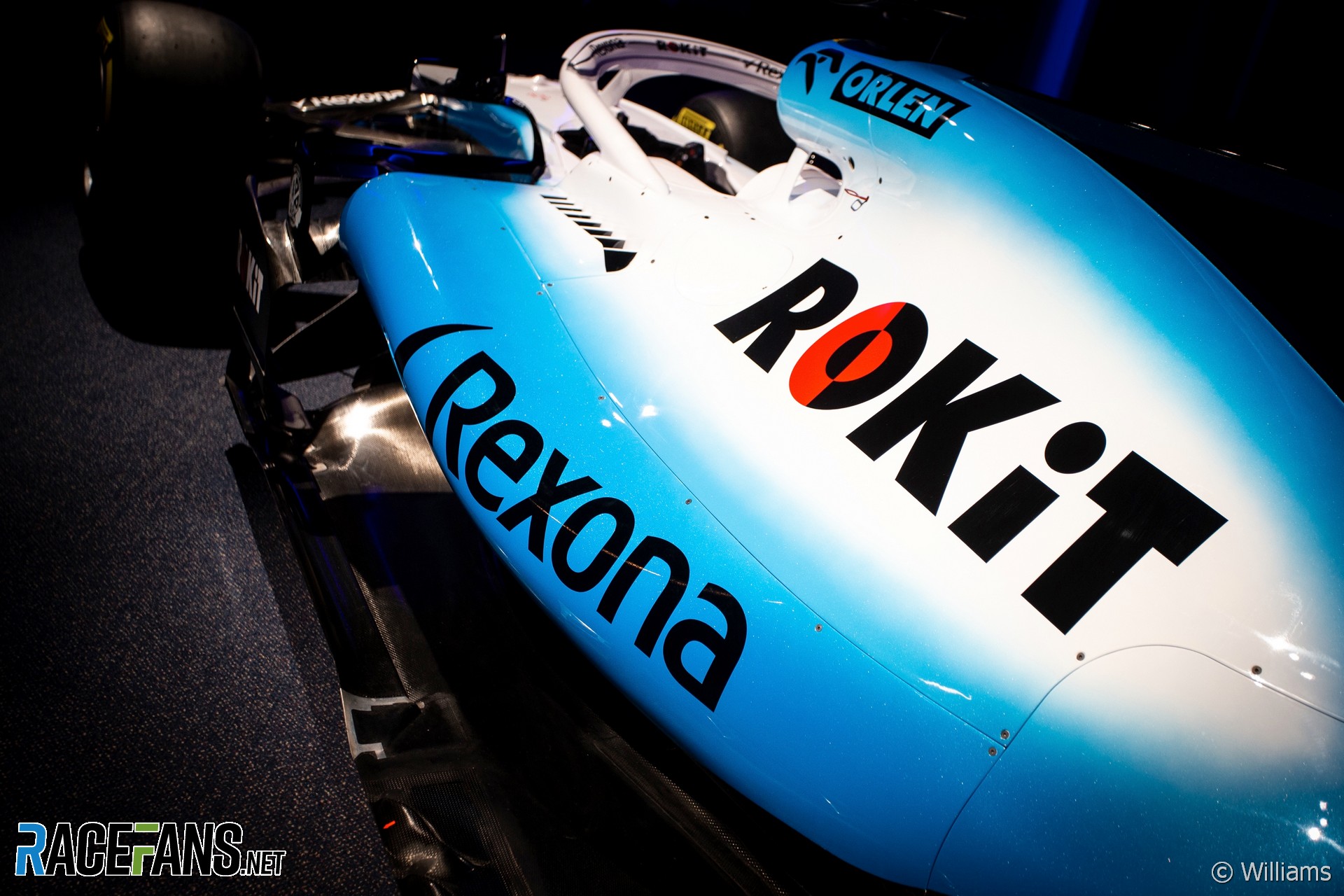 Williams title sponsor Rokit has extended its deal to back the team until the 2023 F1 season.

The telecommunications company became the team’s title sponsor in February this year following the departure of Martini. Rokit initially committed to a three-year deal, which has now been extended to five seasons.

The news comes as a boost to Williams, which has languished at the back of the grid since the start of the year and remains the only team yet to score a point.

Williams deputy team principal Claire Williams said the deal “is a natural partnership based on shared values of innovation, engineering excellence and trust.”

“Rokit joined the team at a challenging time and it means a great deal to us that they believe in our vision and are committed to helping us achieve it. I’ve personally enjoyed working with the team at Rokit and look forward to continuing this work in the years ahead.”