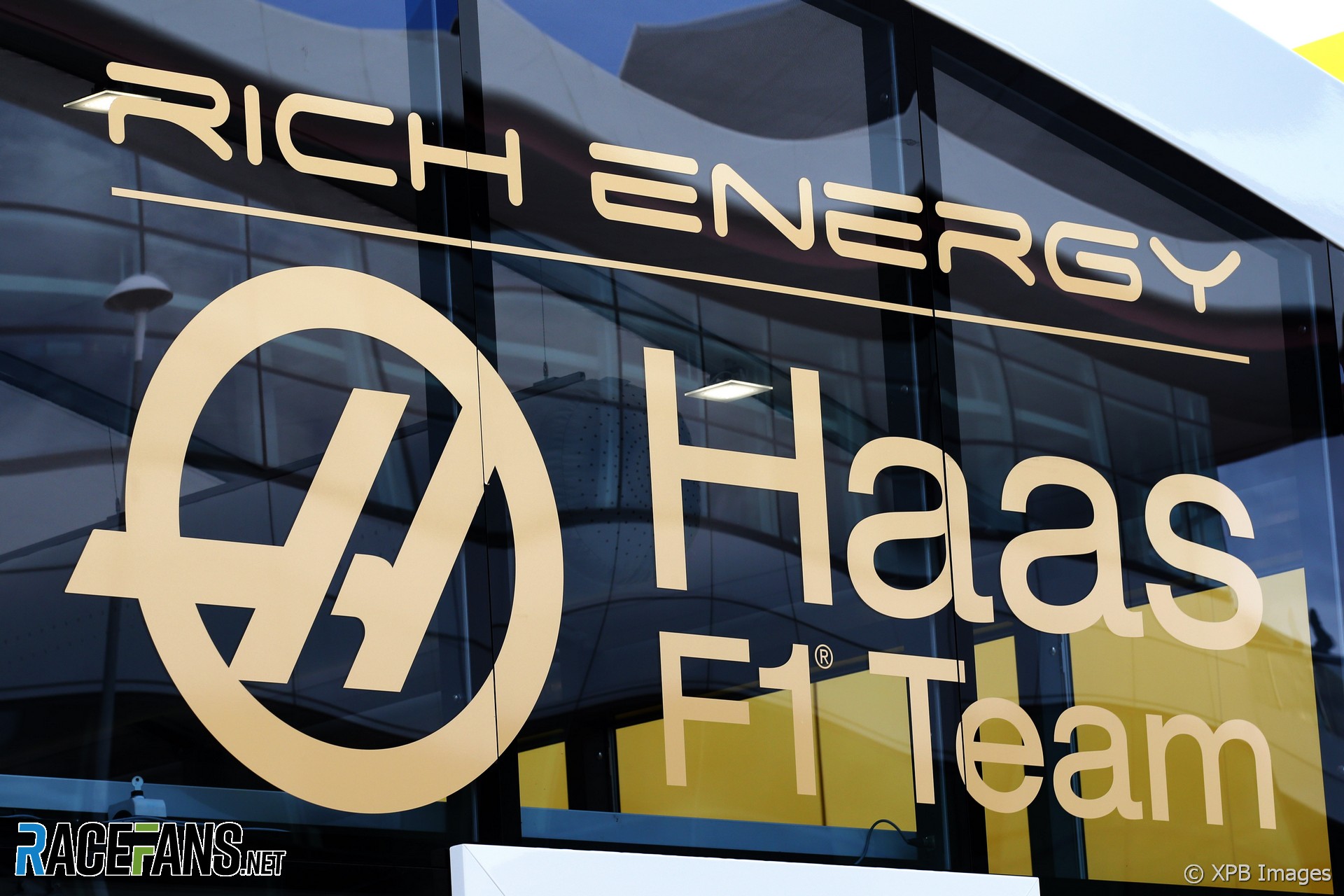 Haas team principal Guenther Steiner confirmed the team will keep running the logos of its title sponsor Rich Energy, who announced yesterday it was terminating the contract between the pair.

Steiner said Rich Energy’s social media post yesterday announcing the end of their relationship after nine races came as a “surprise” to him. The team’s motorhome is bearing the Rich Energy logos at Silverstone today and Steiner confirmed they will remain on the cars too.

“I don’t want to put anybody in a difficult situation but I cannot say anything about it,” said Steiner, who issued a statement earlier today confirming Rich Energy remains the team’s title sponsor.

“They will be on the car this weekend and then the rest we need to sort out going forward what we are doing,” he said. “The commercial agreement doesn’t let me talk any more about it and I don’t want to.”

Steiner said his focus this weekend will be pulling the team out of its recent slump in performance, rather than the unexpected off-track distraction.

“It’s part of the job,” he said. “You can do without it but it’s not like I’m staying up at night thinking about it. We get on with our job.

“For me more important is we get the car where we want to be. That is our focus.”

Rich Energy accused the team of “poor performance” when it announced the split. However Steiner said he was not about to be dragged into a war of words.

“We are being professional about it and I think I’m known to be professional. When I can speak, I speak, when I cannot, I don’t speak. It’s no point to go into a war of words about something.

“It doesn’t upset me, it’s just something I need to deal with next week and I will.”