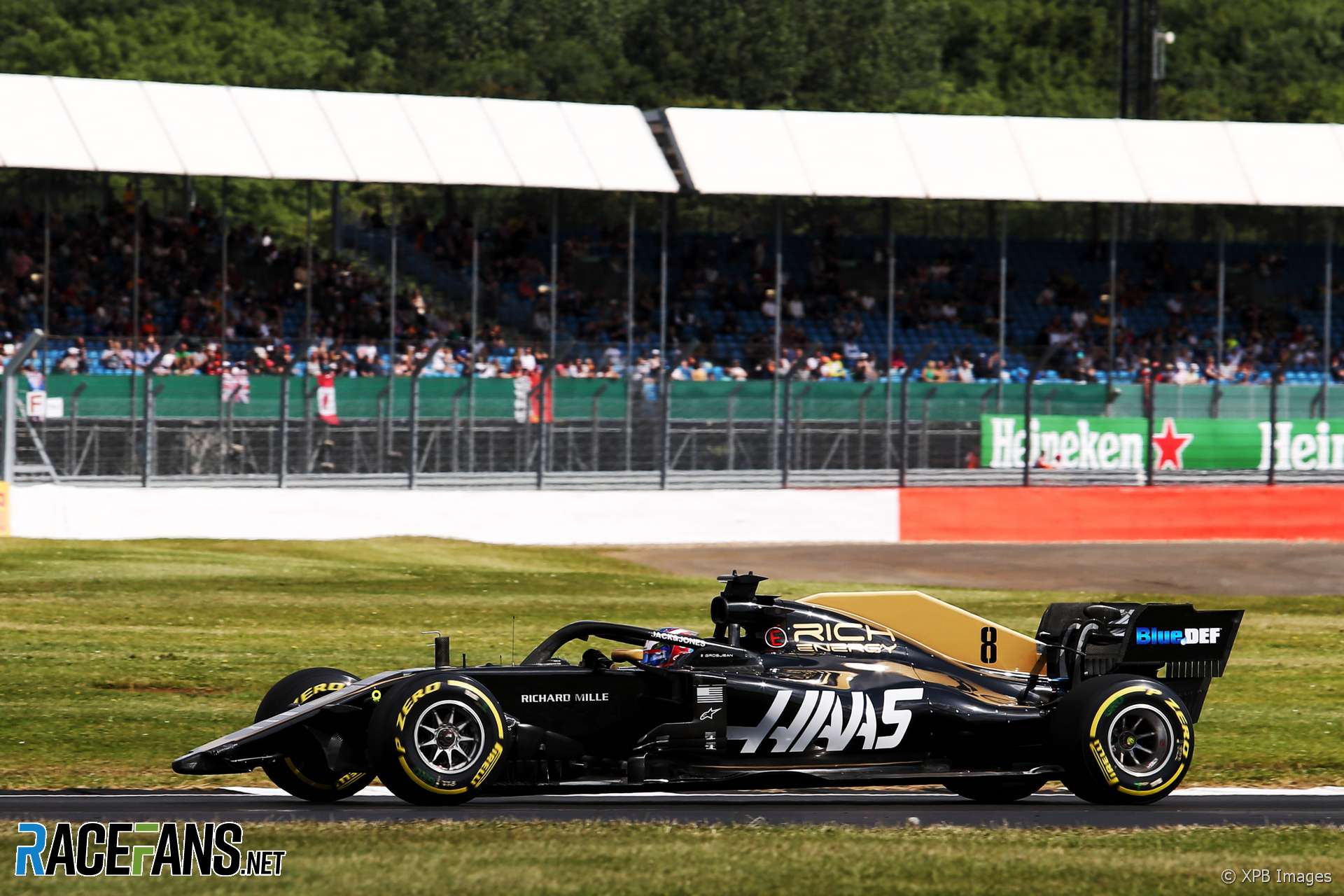 Romain Grosjean says he is much happier with the feeling of his car after switching back to Haas’s original aerodynamic specification from the start of the season.

However his day began in unfortunate circumstances when he spun on his way out of the pits, breaking the front wing on his Australia-spec VF-19. “It was just cold tyres and I switched off the pit limiter and I was surprised by the lack of grip and the car went,” he explained.

Haas are trying to understand why they have struggled to make their tyres perform particularly over longer stints in recent races. Grosjean said the experiment with their old configuration gave some promising signs.

“We’re trying to evaluate everything and trying to understand everything we’ve done during the season,” he explained.

“The feeling on the car is good, really back to beginning of the season which I was happy with. Obviously there is performance missing because it is an old package but the feeling is good.

“There are limitations that we knew we would have. Some are with the wind and it was very windy today so we are paying a little bit of a price in that aspect.

“But for the team it is very interesting to look at all the data and try to understand the feeling of the drivers.”

“The pace was actually much better on the long run than the short run, which is positive,” he said.

“Obviously there’s a lot of tyre wear on the front-left like everyone else so it will be interesting on Sunday. But the feeling was quite good. Too much understeer, but quite good.”